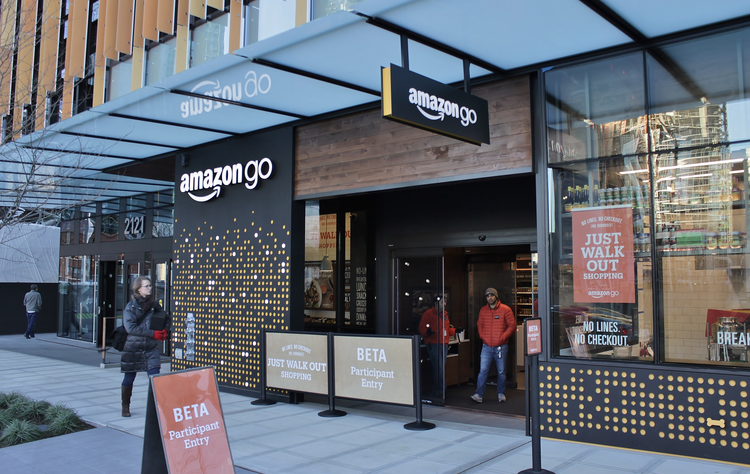 Last year, the retail giant Amazon publicly considered sites for a secondary “headquarters” outside Seattle. It received development proposals from 238 areas in the United States and Canada but ultimately divided 50,000 planned jobs equally between New York City and suburban Washington, D.C., dashing any hope that it might revitalize a city left behind by the digital revolution.

Geographic inequality in the United States is widening as high-paying jobs flow to a few “superstar cities,” making it all the more disappointing that Amazon opted for two places that could pay it lavish tribute. In New York City (specifically the Long Island City section of the borough of Queens), that means more than $1.5 billion in tax incentives from the state, assuming Amazon meets its hiring target. In Arlington County, Va., it means $573 million in direct subsidies from the state (mostly in the form of a cash grant for each job created), plus $223 million in transit improvements to deal with the flow of new workers.

Alexandria Ocasio-Cortez, a newly elected Democratic U.S. representative whose district abuts the Amazon site in Queens, questioned the decision to award the company “hundreds of millions of dollars in tax breaks at a time when our subway is crumbling and our communities need more investment.” The sociologist Richard Florida lamented that bidding wars for companies like Amazon make cities and states “willing participants in a competition that ultimately handed over billions of taxpayer dollars to one of the world’s most successful companies.”

We must ask whether such tax incentives ultimately benefit the common good, either at the local level or for the nation as a whole.

But state and local governments must deal with the reality that larger companies are controlling an increasing share of the workforce, and some public incentives for employers like Amazon make sense. Improvements in transit and other infrastructure are overdue in many cities, whether their purpose is to attract giant companies like Amazon or to encourage the creation of small businesses. Streamlining permitting processes—as New York has promised to do for Amazon’s new campus—can also be beneficial and should extend to smaller companies as well.

Still, tax breaks and direct subsidies to well-established companies are a more questionable economic strategy. We must ask whether such tax incentives ultimately benefit the common good, either at the local level or for the nation as a whole.

Amazon, like Sears with its mail-order catalogues more than a century ago, has provided jobs and great convenience to U.S. consumers. In other respects, its growth has been worrisome. It has gained near-monopoly status, controlling 49 percent of all internet retail business, according to the Open Markets Institute (eBay is a distant second at 7 percent), and its purchase of Whole Foods is giving it a significant foothold in the supermarket sector.

Yet the forces that are threatening the economic and spiritual well-being of workers are larger even than Amazon. The answer is not to single out one company for moral condemnation.

Only a quarter century old, it is already the second-largest private employer in the United States, behind Walmart, but it has fought against the unionization of its workforce; and working conditions in its rapidly proliferating warehouses have come under scrutiny. Practices like its close surveillance of employees also do not respect the human dignity of each worker, especially when compared with jobs at independently owned stores—and their direct human interactions—that have vanished as Amazon has grown.

Amazon: A boon or a bust to a Queens community?
Kevin Clarke

Yet the forces that are threatening the economic and spiritual well-being of workers are larger even than Amazon. The answer is not to single out one company for moral condemnation. Neither should local governments be prevented from determining economic development policies that best suit their unique conditions.

But the principle of subsidiarity is poorly served in these cases—when U.S. cities and states act as if they are in an economic Cold War with one another and the “arms race” of tax incentives helps only a handful of already successful private companies.

Giving tax breaks to a single company and not to others seems like a violation of fair and equal treatment to me. Why should this company receive special treatment over others? Shouldn't the other companies in NYC sue for equal treatment?

Yes. Other companies that are bringing 25,000 jobs to NY should ask for tax breaks.

How is 49 percent of the market "near-monopoly status?" Perhaps the America writers and editors should stick to issues of Christian spirituality if this article is their best offering in the realm of economic commentary.

Perhaps some reading on monopolies and economic theory should be in your future.

Also mentioned ultimately divided 50,000 planned jobs in the NYC, I recently purchased corcoran marauder boots from Amazon and it was in prime, found lower than the incentive tax.

1
Explainer: Cardinal Tobin will now help Pope Francis pick bishops. What does that mean for the U.S. Church?
Colleen Dulle
2
Pope Francis in Iraq: Everything you need to know about the historic trip
America Staff
3
Bishop Rhoades: Catholics can take the Johnson & Johnson vaccine ‘in good moral conscience’
Catholic News Service
4
An open letter to Joe Manchin, a pro-life Democrat and the most powerful senator in Washington
Charles C. Camosy
5
Nobody at the Vatican wants Pope Francis to go to Iraq right now. Why is he so set on going?
Inside the Vatican