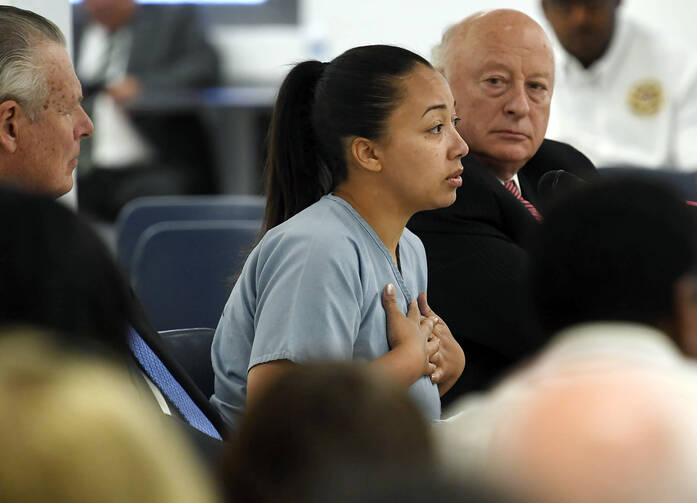 Cyntoia Brown during a clemency hearing on Wednesday, May 23, 2018, at Tennessee Prison for Women in Nashville, Tenn. (Lacy Atkins /The Tennessean via AP, Pool)

One of the things I love about being a professor is the chance to start over. Although I gripe about the end of summer, each new group of students offers fresh insights and challenges.

As I head back to campus this fall, I will be thinking of Cyntoia Brown.

Cyntoia Brown was 16 years old when she was charged as an adult and convicted of premeditated first-degree murder, felony murder and “especially aggravated robbery.” Johnny Allen, a 43-year-old man, had solicited Brown for sex and taken her to his home. Ms. Brown claimed that she had shot Mr. Allen in self-defense. In 2006, she was sentenced to concurrent life sentences without the possibility of parole until she had served a minimum of 51 years.

To read Ms. Brown’s story as a triumph over adversity affirms U.S. optimism and our collective belief in a trite, predictable progression from negative to positive.

As with other abused girls, Ms. Brown’s efforts to survive her conditions brought her into the “abuse to prison” pipeline that disproportionately affects girls of color. The abuse suffered by these girls leads to encounters with the criminal justice system, and this system treats them as perpetrators rather than as victims and survivors of abuse. Thus, rather than being sheltered, protected and provided with resources, girls who have been sexually and physically abused are criminalized for surviving their abuse.

On Jan. 7, 2019, Bill Haslam, then governor of Tennessee, granted clemency to Cyntoia Brown. In a statement regarding his decision in Ms. Brown’s case, Mr. Haslam argued, “Transformation should be accompanied by hope.”

In Ms. Brown’s statement, she thanked Mr. Haslam and others who have assisted her. She stated: “I will do everything I can to justify your faith in me. I want to thank those at the Tennessee Department of Corrections who saw something in me worth salvaging.”

It would require constructing a vision for the future that values the wholeness of black girls and women.

When Ms. Brown is released in August, I anticipate lots of clickbait headlines on beating the odds, rising above one’s circumstances and overcoming obstacles. Yet treating her story as a redemption narrative positions her as a reformed criminal and the governor as her benevolent savior. It centers on Ms. Brown as an individual without acknowledging the many ways that our society and the State of Tennessee failed her prior to her arrest.

Mr. Haslam’s decision to commute Ms. Brown’s sentence is not evidence of his humanity or decency but rather further proof of the whims of the criminal justice system. Furthermore, focusing on the governor takes away from the numerous family, friends and advocates who have labored for years to secure Ms. Brown’s release. Her case has received attention through the tireless work of grassroots organizing campaigns, as well as the 2011 PBS documentary “Me Facing Life: Cyntoia’s Story.” It was only after being confronted by Black Lives Matter Nashville that Mr. Haslam stated publicly that he was even considering her case.

To read Ms. Brown’s story as a triumph over adversity affirms U.S. optimism and our collective belief in a trite, predictable progression from negative to positive, from rags to riches or from sinner to saint. Yet, even with her clemency, Ms. Brown’s story does not offer a happy ending. Clemency does not nullify her conviction or provide restitution for the 15 years she has lost in the Tennessee Prison for Women. Clemency for her is not justice. Moving toward justice would mean not seeing her experience as an isolated case. It would involve working toward eliminating the systems that support and maintain oppression and violence. It would require constructing a vision for the future that values the wholeness of black girls and women.

I hope that Ms. Brown has a joyous reunion with her community upon her release. I hope that her story will lead to greater support and advocacy for survivors who remain incarcerated not because of their individual faults or failures but because of the same system that has failed Cyntoia Brown. 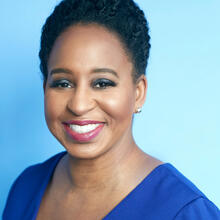 Nyasha Junior is an associate professor in the department of religion at Temple University in Philadelphia. She is the author of Reimagining Hagar: Blackness and Bible (Oxford University Press, 2019).

And this comment addresses Cyntoia's case, and the issue raised in the article, exactly how?

Part of what is claimed is somehow black girls are at a disadvantage in our society. This is a particular case where an individual was unfairly treated but such a broad judgment should not be tied to it. By the way blacks, but mainly black men, are extremely disadvantaged. But by what? It's not the justice system.

Gov. Halam's decision to grant clemency certainly is evidence of his humanity and decency. After the documentary publicizing her story, the grass roots efforts of many, and the BLM approach to the Governor, he studied her case and agreed that she had suffered a miscarriage of justice. Giving him credit for taking the authoritative step toward her freedom doesn't take anything away from the many others who served her cause.
Last December the First Step Act was signed by President Trump after many years of bipartisan, Left Wing, Right Wing, faith based, and other promoters of fairness in sentencing and incarceration. I hope that Cyntoia is surrounded by those who will help her adjust to a world she has not known. She was imprisoned as an abused child, and imprisoned for half of her life. Let us pray that she is able to find employment, a supportive community such as a church, and private time so that she is not thrust into the bright lights of fame.