How space exploration became a wake up call on climate change

There are 4,009 planets known to be orbiting stars outside our solar system (as of this writing), with telescope surveys discovering more of these exoplanets every day. Finding Earth 2.0, a planet capable of supporting life as we know it, is often the stated goal of these surveys. But are any of these thousands of exoplanets anything like Earth?

We do not know much about them. Taking a picture of an exoplanet is like trying to take a picture of a firefly crawling on the hood of a car while its headlights are on—from several miles away. Only a handful of planets have been imaged in this way. They are all larger than Jupiter and more distant from their host stars than Jupiter is from the sun, and they look like featureless points of light.

We have only one example of what a habitable planet looks like—and thousands of exoplanets with unknown properties to test against it.

The vast majority of exoplanets have been discovered as they periodically block light from their star or cause a tiny wobble in their star’s position as a result of their orbit. These indirect measurements mean that all we know about these exoplanets are their sizes and their orbital distances. We do not even know the composition of these planets. They could be solid rock, rocky cores with thick atmospheres or small gas planets with no solid surface at all.

The closest known exoplanet orbits Proxima Centauri, our stellar next-door neighbor. It is so close to its star that it completes an orbit in only 11 Earth days. But because Proxima Centauri is a small, cool star, this close orbit means that the planet is in the star’s habitable zone, sometimes called the Goldilocks zone; not too hot, not too cold, it is just right for liquid water. But to say that the planet is actually habitable invokes a devastatingly long list of assumptions about the atmosphere and composition of the planet. All we know for now is that the orbit does not rule out the possibility of life as we know it. We have only one example of what a habitable planet looks like—and thousands of exoplanets with unknown properties to test against it.

The Voyager 1 space probe has been traveling away from the Earth for 42 years, and it is currently hurtling away from us at about 10 miles per second. Surely it must be approaching our nearest neighbor by now? No. In more than four decades of traveling 20 times faster than a bullet, Voyager 1 has managed to cover only 0.05 percent of the distance between here and Proxima Centauri. We are not going to visit any of the known exoplanets anytime soon.

In 1990, at the suggestion of Prof. Carl Sagan, the science team for Voyager 1 turned its camera back toward Earth and took a picture from four billion miles away, the average distance between Pluto and the sun. In this image, our entire world—meaning every human being who has ever lived, every type of living organism ever discovered, every habitat known to support life—is contained in a single pixel, nearly drowned out by sunlight. This image shows how truly fragile and isolated we are on this planet, floating in the vastness of space. Dr. Sagan wrote that this image “underscores our responsibility to deal more kindly and compassionately with one another and to preserve and cherish that pale blue dot, the only home we’ve ever known.”

People often think that because I am an astronomer, I do not care about this planet. (I am used to snarky comments like, “You should use your brain power to solve problems here on Earth, not to think about outer space.”) This could not be further from the truth. My research on our solar system and exoplanets has reinforced in my mind the fact that our Earth is rare and extraordinary, and that an incredibly low-probability sequence of events had to transpire to make it stable and habitable. This knowledge that our small planet is so unique and fragile pushes me to make environmentally responsible decisions and to teach others what I have learned both as an astrophysicist and an environmentalist.

This knowledge that our small planet is so unique and fragile pushes me to make environmentally responsible decisions.

Sadly, our current consumption patterns could render our common home uninhabitable within decades. To keep Earth intact for the only life we know requires a dramatic shift in human behavior. As we stand on the tipping point of runaway climate change, Pope Francis’ timely encyclical “Laudato Si’” urges us to take swift action to protect the vitality of the only place in the universe known to host life.

We will always look to the stars, but we should not count on finding all our answers there. We need to act now to protect our fragile, uniquely habitable, pale blue dot. 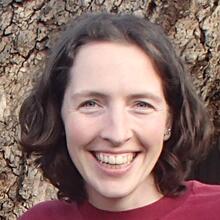 Samantha Lawler, Ph.D., is a Plaskett Fellow at the NRC Herzberg Astronomy & Astrophysics Research Centre in Victoria, British Columbia. This fall she will be an assistant professor of astronomy at Campion College, University of Regina, Saskatchewan.

Earth is so rare that there is unlikely another planet in the universe that could sustain life as we know it.

What hubris, what arrogance has taken possession of us poor little creatures on this mortal coil, that can make us think that we little ants can change the weather on this huge planet. We forget that glowing star out there that we fondly call the SUN, which from time immemorial has been sending us its powerful rays, its warmth, its energy. We forget the powerful forces in the very belly of our magnificent planet, a planet we think we can tame. We’re acting like little gods. We're just little ants.

The Global Warming people confuse global warming or climate change with ecology. They say: “Yea, look at India, look at China. How dirty their air and water are.” True, but that’s got nothing to do with global warming or climate change. That’s ecology. We all want clean water, clean air, clean lakes and rivers, unpolluted peppers and tomatoes, magnificent landscapes. And today, at least in the United States, we’ve never had such clean air and water and lakes. Our cars are using fewer and fewer toxic ingredients.

But that’s all ecology. We’re all for ecology. In fact, let’s leave our children an even more beautiful and healthy planet than we inherited. But let’s not try to change the climate and temperature of this temperamental Planet Earth. It won’t work. Instead, let’s try to enjoy and beautify this unique and magnificent home lost among the trillions of other planets and stars. Ecology has nothing to do with global warming or climate change, which is the greatest scientific fraud ever perpetrated on mankind.

Your post has lots of words but no physics. Trace gases have strong effects on the radiation balance that determines the global temperature. And we "ants" are burning up mountains of carbon. The math is in. It's a fraud only to the dancing sugar plum fairies.

a very useful exploration. the results of monitoring are analyzed and are very helpful for people to find out the possibilities and take precautions against the bad possibilities that will occur. climate change does have a direct effect on the survival of earth's life. therefore it is time for us to introspect and fix our actions that have a direct impact on the destruction of the surrounding environment. For more details, please listen to the article at the following address:
http://www.unair.ac.id/perubahan-iklim,-umat-manusia-wajib-menjaga-keseimbangan-lingkungan-newsmaker_65.html