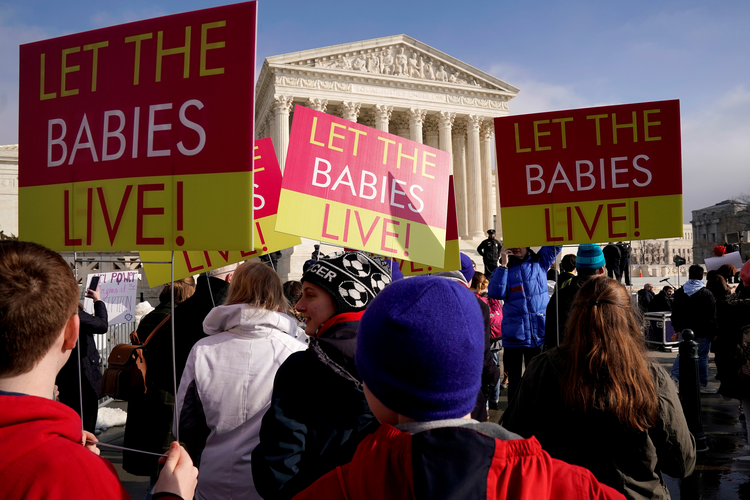 CINCINNATI (CNS) -- A federal judge July 3 granted a preliminary injunction blocking an Ohio ban on abortions once a fetal heartbeat is detected.

Judge Michael Barrett of the U.S. District Court for the Southern District of Ohio said in 12-page order the court conclude that the law, signed by Republican Gov. Mike DeWine in April, "places an 'undue burden' on a woman's right to choose a pre-viability abortion, and ... plaintiffs are certain to succeed on the merits of their claim."

The American Civil Liberties of Ohio and Planned Parenthood filed a lawsuit against the ban on behalf of Preterm-Cleveland and other Ohio abortion providers. It was to have taken effect July 11 but is now on hold while the lawsuit makes its way through the courts.

A fetal heartbeat can be detected as early as six weeks into a pregnancy, a timeframe in which many women are unaware they are pregnant.

The Ohio House April 10 voted 56-40 in favor of the bill. Agreeing with the House’s changes in the legislation, the Senate adopted it a short time later, 18-13, sending it DeWine for his signature. Both votes occurred mostly along party lines with Republicans lined up in favor of it and Democrats opposed.

Voting on the measure followed an impassioned debate in the Ohio House in which proponents and opponents pleaded with legislators to adopt their view as protesters on both sides chanted outside the House chamber.

Under the law, doctors and others who perform an abortion after a heartbeat has been detected or who fail to do an abdominal or transvaginal ultrasound before an abortion face being charged with a fifth-degree felony punishable by six to 12 months in jail and a $2,500 fine.

When he signed the bill, DeWine stated: "The function of government is to protect the most vulnerable among us, those who do not have a voice. Government's role should be to protect life from the beginning to the end, to protect those who cannot protect themselves, such as the elderly, the unborn, those who are sick, those who have mental illness or have an addiction."

DeWine, who is Catholic, added: "The signing of this bill is consistent with that respect for life and to ability to sign protect those who cannot protect themselves."

State governments cannot grant legal personhood to the unborn. It is outside their powers. Without personhood, any interference with maternal rights to medical care is a violation of due process rights of women and their doctors. If it's a person it cannot be a level 5 felony and the mother has to be held responsible. No person, no protection. The only possible protection is though Congress or by making having a child economically better than abortion (not an excuse for fines).

Not thinking like a lawyer on this wastes everyone's time.

Let me be absolutely clear. The Circuit Court will not hear the case, nor will the Supremes (who took a pass on Down's and sex selection and ruled per curium to affirm the Circuit). Once Louisianna trap laws are overturned, reversing the 5th Circuit), no Circuit will bother. Give up on criminal enforcement. Period.

DeWine, who is Catholic, added: "The signing of this bill is consistent with that respect for life and to ability to sign protect those who cannot protect themselves."

This person, along with all so called "Pro- Lifers" need to research what occurs when such laws criminalizing abortion are enacted in every other country around the globe. THEY ALWAYS CAUSE MORE ABORTION TO HAPPEN IN THOSE COUNTRIES! They also create enormous increases in the maternal death rates of those countries. The World Health Organization spells this out as they have kept track of abortion rates around the world for decades. Pro-Life's choice of legal remedies will (not maybe) but will definitely cause more abortions, probably later term abortions, and they will cause more women's deaths too.

We are currently at our lowest rate of abortion ever recorded and lower than when it was a crime in the U.S. and this is due to the liberal and easy and affordable access to both birth control and abortion according to all statistical evidence on the subject.

Anyone sane researches the background of a subject before seeking to make laws. What does that tell you about those who back and created the Pro-Life-Anti-Legal and Safe - Abortion groups worldwide (including our bishops)?

What does Winnie the Pooh and Christ’s Ascension have in common? They teach us about imagination.
When we say farewell to those who have meant so much to us, we close up a world like a book.
Terrance KleinMay 12, 2021