Pope Francis advances sainthood cause for first African-American diocesan priest in the U.S. 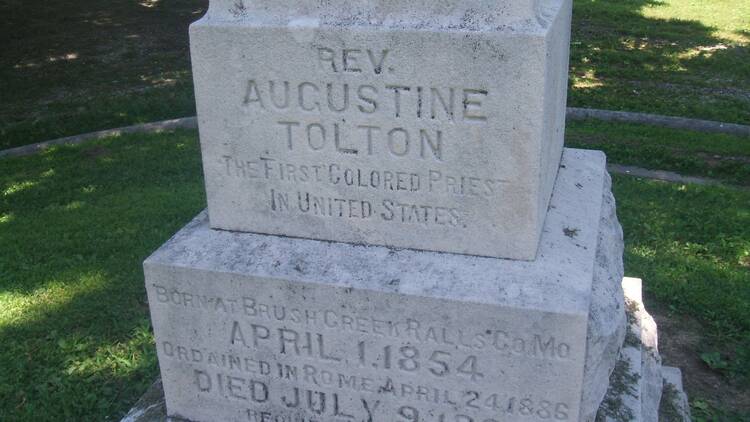 VATICAN CITY (CNS) -- Pope Francis advanced the sainthood cause of Father Augustus Tolton, who was the first African American diocesan priest in the United States and founder of the first black Catholic parish in Chicago.

Signing decrees issued by the Congregation for Saints' Causes June 11, Pope Francis also formally recognized the martyrdom of three Catholic laywomen who were nurses for the Red Cross and were killed during the 1936-1939 Spanish Civil War.

The decree for Father Tolton's cause recognizes that he lived a life of heroic virtue.

Father Tolton had been born into slavery in 1854 on a plantation near Brush Creek, Missouri. After his father left to try to join the Union Army during the Civil War, his mother fled with her three children by rowing them across the Mississippi River and settling in Quincy in the free state of Illinois.

There, he was encouraged to discern his vocation to the priesthood by the Franciscan priests who taught him at St. Francis College, now Quincy University. However, he was denied access to seminaries in the United States after repeated requests, so he pursued his education in Rome at what is now the Pontifical Urbanian University.

He was ordained for the Propaganda Fidei Congregation in 1886, expecting to become a missionary in Africa. Instead, he was sent to be a missionary in his own country and returned to Quincy, where he served for three years before going to the Archdiocese of Chicago in 1889.

Despite rampant racism and discrimination, he became one of the city's most popular pastors, attracting members of both white and black Catholic communities. He spearheaded the building of St. Monica Church for black Catholics and worked tirelessly for his congregation in Chicago, even to the point of exhaustion. On July 9, 1897, he died of heatstroke on a Chicago street at the age of 43.

A new production tells the story of Father Tolton, the slave who became a priest
Brandon Sanchez

He was known for persevering against all odds in pursuit of his calling and quietly devoted himself to his people, despite great difficulties and setbacks.

The women refused to leave the wounded unattended even though the area was about to come under the control of populist fighters. All the patients, the doctor and chaplain were killed, and the three nurses were assaulted, raped and shot on Oct. 28, 1936. Gullon, Iglesias and Perez-Monteserin were 25, 41 and 23 years old, respectively.

The pope also signed decrees attesting to the heroic virtues lived by six servants of God -- three men and three women. Among them were: