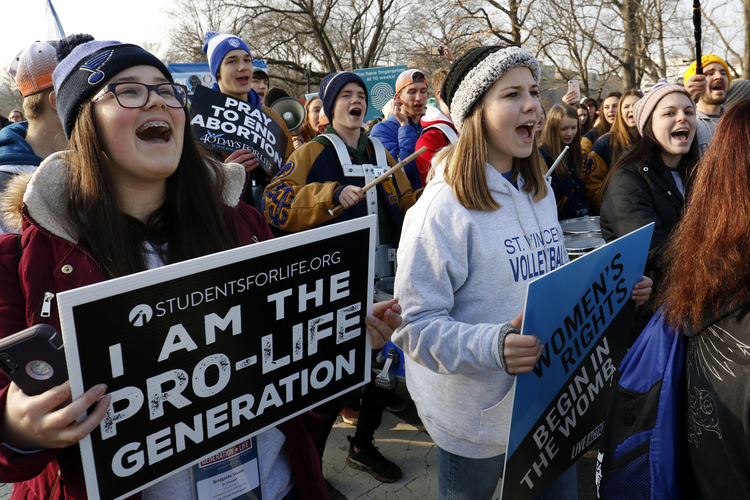 A strong social media presence was going to be a major part of the publicity strategy Jacob Lupfer, a political consultant, intended for his latest client, Pro-life Democratic Candidate PAC. The political action committee hopes to persuade a pro-life Democrat to join the party’s crowded presidential field this year. According to its mission statement, Pro-life Democratic Candidate PAC’s organizers believe that fielding a pro-life candidate would remind Democrats of the large bloc of potential voters who are turned off by the party’s “ever more extreme position on abortion.”

According to its mission statement, Democrats are “on the verge of handing another winnable election to Donald Trump” because of the party’s unwillingness to tolerate pro-life views.

Obviously the social media platform Twitter figured strongly in Mr. Lupfer’s plans, so it came as an unpleasant surprise to find out that the @prolifedem2020 account had been suspended by Twitter soon after he had created it. Coming so soon after the kerfuffle over the suspension of the Twitter account for the anti-abortion film “Unplanned,” the suspension raised some eyebrows in the Twitterverse. For Mr. Lupfer the suspension was especially concerning since Pro-life Democratic Candidate PAC is starting out with few resources and at least initially hoped to rely on “social sharing” to get its message out.

In a conversation using, appropriately enough, Twitter’s direct messaging system, Mr. Lupfer said about the suspension: “No tweets sent out. I doubt anyone reported it or complained because no one would have known about it.”

Fordham University ethicist Charles Camosy, who endorsed the idea of a pro-life Democratic candidate for 2020 in a recent article for The Federalist, was among the Twitterati who tweeted aloud about the suspension.

Mr. Lupfer’s appeals to Twitter only produced automated responses explaining that the account was under review. Queries from America about the suspension were forwarded to Twitter’s media staff this morning, April 26, and the account was reactivated in the early afternoon. A Twitter spokesperson declined to comment on the suspension because of account privacy concerns, but according to the email Mr. Lupfer received, Twitter staff explained that the account had been auto-suspended because of “spamlike activity,” with apologies for “any inconvenience.”

What does ‘abortion’ mean? Some states have very different answers
Ellen K. Boegel

Some may be tempted to see the suspension as more evidence of bias operating inside Twitter, but Mr. Lupfer is ready to give the social media giant the benefit of the doubt. “I’m thinking it might have just gotten caught up in some kind of cycle of approving and checking the legitimacy of political accounts,” he said.

Rather than stoke the fires of yet another Twitter outrage fest, he prefers to refocus on Pro-life Democratic Candidate PAC’s message. “Millions of pro-life voters are rightly skeptical of Trump,” Pro-life Democratic Candidate says, “but have nowhere to go because of [the Democratic] party’s extremism on this issue. The pro-life movement is in the horrible position of embracing Trump—with all his indecency, corruption, and lies—because our presidential politics have failed to produce [an] honorable champion for the unborn.

“With increasing intensity in recent years,” the mission statement continues, “Democratic Party elites have been telling us to shut up and sit down. Mostly we have listened, though many of us have felt pushed out the door.

Democrats are “on the verge of handing another winnable election to Donald Trump” because of the party’s unwillingness to tolerate pro-life views.

“We will not be silent…. We are here to force a debate that needs to happen in our party, in the media, in the pro-life movement, and all around this country: Is there a better way forward for pro-lifers than embracing Trumpism? Is defending unborn babies a progressive value? Can Democrats tolerate a politics of human dignity that includes life in the womb? If that kind of politics were available, how many Americans would support it?”

Those questions and more will no doubt be explored in greater detail at the now unsuspended @prolifedem2020.

Correction (April 26, 2019; 7:08 p.m.): In an earlier version of this article the full name for Pro-life Democratic Candidate PAC was not used.

Once again, strict laws against abortion result in greater amounts of abortion happening and greater maternal death rates too everywhere these laws exist in the world. This info. Comes from the world health organization and many other reliable sources of research. There exists no evidence opposing what this evidence has clearly indicated.

In a nut shell because democrats are literate and research facts before supporting a cause. They do not support pro life's agenda of merely seeking to control women through criminalizing abortion, which results in only higher rates of abortion and deaths of women, while they have no apparent concern in actually preventing abortions.

Pro lifers need to drop the legal agenda If they want democrats to work with them to support other means of helping women see a different choice can be better than abortion .

Pro lifers will also need to show a willingness to fund by being taxed things like public quality daycare for all families and universal health care for all Citizens.

Nora, I appreciate that you continue to respond with facts to the pro-birth movement.

It is an ongoing absurdity to me that any group which advocates against contraception and is not on record as storming legislative offices at every jurisdictional level for state-funded healthcare, daycare and after-school care THEN gets religion about abortion.

As much as I dislike the reductionism of this conclusion, it all boils down to this: control women. And there are plenty of women who are okay with being controlled by the men who run the Catholic Church.

THAT is why there won't be a "pro-life" Democratic candidate.

Finally, Trump voters, YOU are responsible for him. Clever argument, this, but it won't fly. Trump is not anti-abortion. Trump is pro-Trump, and he figured out that he could get elected by pretending to be pro-life. As Nora points out, your votes will not prevent abortion; you will have simply enabled him. And you, not anyone els, are 100% responsible for your hollow deal with the devil.

Nora, I appreciate that you continue to respond with facts to the pro-birth movement.

It is an ongoing absurdity to me that any group which advocates against contraception and is not on record as storming legislative offices at every jurisdictional level for state-funded healthcare, daycare and after-school care and THEN they get religion about abortion.

As much as I dislike the reductionism of this conclusion, it all boils down to this: control women. And there are plenty of women who are okay with being controlled by the men who run the Catholic Church.

THAT is why there won't be a "pro-life" Democratic candidate.

Finally, Trump voters, YOU are responsible for him. Clever argument, this, but it won't fly.

I have claimed more than once that Pro Life Rallies in Washington are more Republican Rallies (MAGA) than Pro Life Rallies. When you invite the President of the United States to speak then go out of your way to praise him for it, you lost credibility for your cause. Like Nora said when you don’t incorporate Universal Health Care, Contraception, Day Care, Food Programs, and yes Welfare for Single Mother Large Families, you are not creditable. You are not creditable to attract Pro Life Democratic Candidates for sure. When the Pro Life Movement is ready to break their Republican Chains, they will be whole Christians in promoting a just cause for Pro Life.

The Democrats won't lose the election because they are pro-choice ... a majority of Americans are pro-choice. And you would think your first clue that a pro-life stance is a mistake would be that a misogynistic sociopath like Trump is pro-life.

Crystal, I agree with you that Trump is a misogynistic sociopath. But I do not believe for a second that he is "pro-life" or anti-abortion. That stance is pure manipulation because he knows "prolifers" are single issue voters and he wants them to vote for him. And they have and they will.

The most critical problems facing this nation are climate change and the concentration of wealth and power. I don't consider pro-choice or pro-life to be high priority. If Roe v. Wade were overturned, there'll still be states like New York and there's always birth control. The Supreme Court looks wired for years anyway. To set one's prospects on this divisive issue with total absolutism seems to me bad strategy. I will confess that my main concern is the abortion of the human species. Women aren't forced to abort here after all. At the same time, the Democrats should be more concerned about climate change and consider pro-choice politically expendable.

Stanley, men should focus more on climate change and consider their right to decide if they will be castrated politically expendable.

J, it's more like having to decide if they have their right to a vasectomy expendable or their right to have themselves castrated let's say to become a transwoman expendable. I wish Democrats would consistently do somersaults trying to get everyone medical care and supporting the Green New Deal as much as they do for the sacred cow of abortion. Pelosi mocked the GND but she would never do anything but genuflect before abortion. I can accept an Ocasio-Cortez. A Pelosi is just a political hack, like Hillary. Being pro-choice or pro-life is enough for some who comment here. It's the wrong priority, either way, when you're facing possible gigadeath and the sixth extinction which could include us. Now THAT'S abortion.

Stanley, it is good to know you "can accept an Ocasio-Cortez. A Pelosi is just a political hack, like Hillary". You made my point with that misogynistic comment. I think Democrats, including AOC and Pelosi, will get along just fine without your approbation or your vote, Stanley.