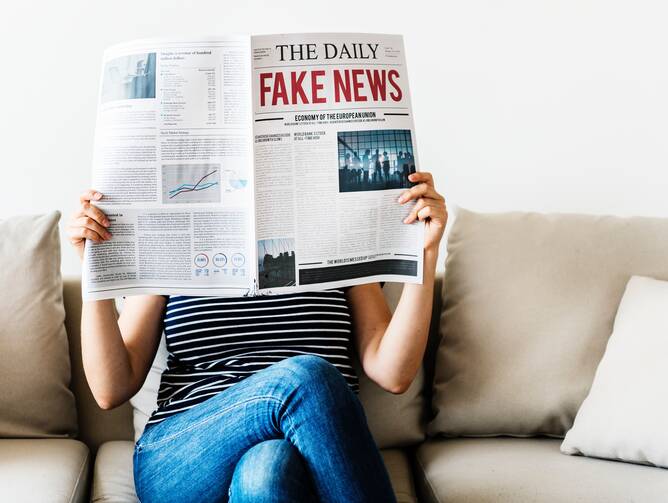 Photo by rawpixel on Unsplash

United Nations Secretary-General António Guterres opened the General Assembly last fall with the stark observation that “our world is suffering from a bad case of ‘Trust Deficit Disorder.’” Indeed, Western societies are experiencing a crisis of trust that seems to be worsening. We no longer enjoy high levels of confidence in fellow citizens, much less social institutions, and are increasingly skeptical of those holding positions of authority.

Empirical data supports these worrying trends. The 2018 Edelman Global Trust Barometer, conducted for the global marketing firm, showed that citizens in almost two-thirds of the countries participating in the poll were mostly distrusting of governments, businesses, media and nongovernment organizations, with the largest decline in trust from 2017 to 2018 occuring in the United States. Fifty-nine percent of respondents worldwide reported uncertainty about whether information disseminated by the media is true or not; seven in 10 of those surveyed worry about false information or fake news being used as a weapon; and the media was mostly distrusted in 78 percent of countries surveyed.

Fifty-nine percent of respondents worldwide reported uncertainty about whether information disseminated by the media is true or not.

Trust necessarily involves risk, and often we must engage in trusting others with little or no guarantee that our trust will not be misplaced. At times we are let down by others and experience a sense of betrayal or disappointment as a result. Trust, it has been observed, is difficult to establish and cultivate, but easily lost.

The crisis of trust is paradoxical: We increasingly entrust our wellbeing and security to institutions, technologies and strangers but, at the same time, we report greater feelings of mistrust or an erosion of trust in these same institutions, technologies and individuals. We now rely on computer technology to procure many goods and services: banking, transportation, health care and, to an increasing degree, even education. We depend on government officials, the media and corporations to safeguard our interests, inform us of important events and provide accurate information, and to conduct commerce in a fair and transparent manner. But despite our growing need to trust others and institutions due to the complexity of modern life, trust is considerably harder to establish—we no longer have the same guarantees that others are trustworthy, nor the same recourse should our trust be betrayed, that we had with frequent opportunities for face-to-face interactions.

We no longer have the same guarantees that others are trustworthy, nor the same recourse should our trust be betrayed.

Public reactions to gross violations of trust, such as egregious data breaches by credit agencies and political disinformation campaigns on social media, reveal that more is at stake than the loss of social capital. Violations of trust are violations of communal integrity in the sense that they are failures to uphold principles that have long been understood to be part and parcel of a community. More than just necessary for social interaction, civic cooperation and financial exchange, trust is a public virtue in that it represents a moral excellence endorsed by members of a community.

For example, the cause for outrage at the unjust treatment of a good Samaritan—where the hypothetical Samaritan is robbed or hurt in rendering aid—is not simply that one will now be less likely to benefit from the kindness of strangers, but that such incidents violate deeply held norms and values of a community. Trust is a public virtue in that it is a property or characteristic that communities need to possess in order to function well. Trust among members of a community facilitates exchange among individuals and social interaction. In this sense, trust can be understood as an aretaic (“virtuous”) property that contributes to the well-being or excellence of a community in the same way that virtues are understood as properties or character traits that contribute to individual flourishing.

Playing fast and loose with truth for political gain undermines the ideals that define us as a community.

Understanding trust as a public virtue explains why the increasing prevalence of dubious attacks on mainstream media for promulgating “fake news” is worrying, especially when espoused by political leaders. These charges contribute to the crisis of trust by undermining the authority and trustworthiness of social institutions, such as free and independent news outlets, necessary for a well-functioning democracy. The problem goes deeper when coupled with instances of actual “fake news” disseminated with the intent to mislead and confuse citizens for partisan gains. In both cases, “fake news,” whether real or alleged, diminishes social trust and has the potential to harm the community through loss of social capital and other related benefits.

“Fake news” also draws attention to another important reason why the loss of social trust is a crisis. In addition to undermining trust in public institutions important to democracy, “fake news” reinforces particularized trust, or the view that we can or should trust only those with whom we are acquainted or have kinship. Those who are unfamiliar or different than us are not to be trusted, and neither are those information sources that allegedly advocate for worldviews opposed to our own. Particularized trust is especially worrying because it is pernicious to communal identity by fortifying divisions among groups of people and “us versus them” ways of viewing the world, one’s self and others. In this way, particularized trust not only diminishes social capital but also undermines social cohesion and solidarity.

What are we to do to address the trust deficit disorder that has infected our public and communal life? Active vigilance by citizens to safeguard political and social institutions by holding incumbents accountable for breaches of trust through political action or organized public pressure is a start. Injustice toward some is an affront to us all, and playing fast and loose with truth for political gain undermines the ideals that define us as a community. But because we endorse trust as a moral excellence that gives expression to our identity, we have an obligation to trust unless presented with good reasons to do otherwise.

Simply put, to live in a community where people render aid to strangers without fear of suffering harm requires us not only to condemn violations of this norm but to offer assistance when we can, even in the face of uncertainty. If we do not engage one another in a trusting and trustworthy manner, we fail to maintain a community that reflects these values, and we diminish our ability to flourish both individually and collectively. 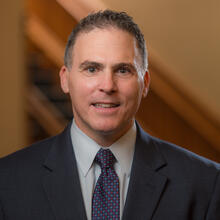 Warren von Eschenbach, Ph.D., associate vice president and assistant provost at the University of Notre Dame, holds a concurrent faculty appointment in the Department of Philosophy and is a faculty fellow at the Nanovic Institute for European Studies.

Western civilization is being undermined in the university by cultural Marxist. This has trickled down to the Education of first college students and now to as low as the kindergarten level. If one wants to understand how trust can be destroyed look to this. They believe in nothing and are teaching that so how can trust develop in this environment