After 10 days of protest, Haiti steps back from the brink 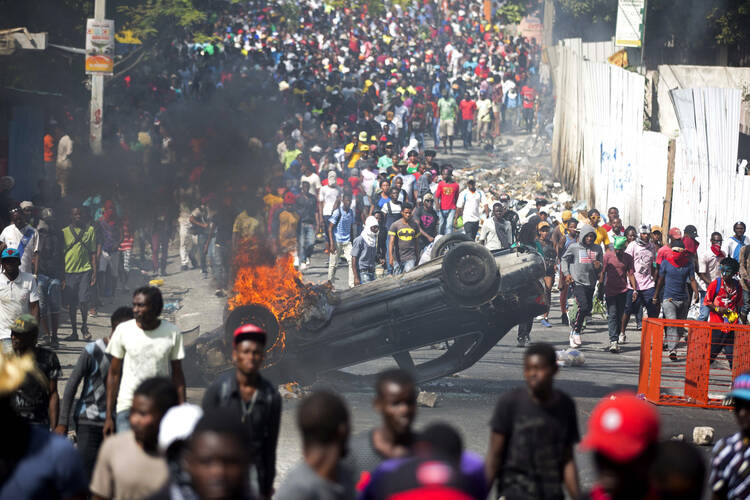 “Save us, Lord; we are perishing!” (Mk 8, 25): So begins a pastoral letter released on Feb. 11 by the bishops’ conference of Haiti. The letter calls for calm and dialogue amid a growing popular revolt that has rocked the Caribbean nation.

“The hour is serious, poverty is increasing; the common good is threatened,” the bishops wrote. “The country is on the brink of collapse! This situation cannot be prolonged. Let us wake up to listen to God, master of wisdom and principle of all life. Let us listen to this people he loves so much.”

Haiti has been on lockdown over 10 days of sometimes violent street protests in February. Immiserated by a 50 percent devaluation of the local currency over the past six months and incensed by alleged corruption within the government of President Jovenel Moïse, Haitians have taken to the streets. Protesters have been demanding, “Kot Kòb Petrocaribe a?” (“Where is the Petrocaribe money?”)—a reference to more than $4 billion in Venezuelan development funds that have vanished under the current administration. Barricades manned by unemployed youth have paralyzed transportation in the Western Hemisphere’s poorest country. Protestors have burned cars, looted private property and clashed with police, leaving at least seven dead. Demonstrations have brought all private and government business to a halt in the capital of Port-au-Prince and in the provinces.

“The options are not clear because the political opposition also has no credibility. Meanwhile, the people are desperate…. For a people who live from day to day, it is impossible to hold on. We’re hungry and thirsty.”

“Anything could happen to anyone at any moment,” Jean Denis Saint-Félix, S.J., superior of the Jesuits in Haiti, told America, attesting to the acute insecurity that has accompanied the popular uprising. The watchword for Jesuits during the crisis has been prudence, he said, “but it is a prudence that is similar to fear...which we must break if we are to accompany the people in their fight for justice and better living conditions.”

Days earlier in a communique to fellow Jesuits, Father Saint-Félix wrote: “I have great difficulty seeing how this government can continue because it is being criticized on all sides for its incompetence and its inability to react well and on time. We are calling for the pure and simple departure of the President of the Republic, Jovenel Moïse, as well as that of Prime Minister Jean-Henry Céant.

“Parliament is also discredited,” he wrote. “The options are not clear because the political opposition also has no credibility. Meanwhile, the people are desperate…. For a people who live from day to day, it is impossible to hold on. We’re hungry and thirsty.”

“Me personally, I’m suffering,” said Huswald Timothee, a resident of Port-au-Prince and the honorary consul of Romania in Haiti. “I have little-to-no access to water and fuel.” Mr. Timothee spent the duration of the unrest locked in his house, afraid to leave because of the breakdown in public order. He places the blame for the disturbances squarely on the president’s shoulders. “The only solution would be for him to resign.”

Popular anger over the Petrocaribe scandal first boiled over in October, as Haitians commemorated the assassination of Jean-Jacques Dessalines, one of the country’s founding fathers. “Every year there is a commemoration about Dessalines and the president goes to the tomb and places a wreath,” said Raymond Alcide Joseph, the former Haitian ambassador to the United States, “and this year the president was met with stones.”

Popular dissatisfaction with government corruption was stoked this time by the swift decline of Haiti’s currency, the gourde, which has gone from 64 to the U.S. dollar to 86 to the dollar in less than a year. Inflationary pressure on prices for basic foodstuffs, fuel and even water set the stage for the countrywide demonstrations that erupted on Feb. 7, the anniversary of the fall of Haiti’s odious Duvalier dictatorship.

“It’s no longer a political crisis,” said Ambassador Joseph. “It’s a crisis of the stomach.”

“It’s clear that the people of Haiti are suffering. What’s also clear is that the international community needs to remain committed to their plight. We must not abandon them.”

The paroxysm that overtook the country interfered with the work of church relief efforts and international humanitarian organizations. “With so much chaos unfolding, it’s simply not safe for us to operate,” said Chris Bessey, the country representative for Catholic Relief Services in Haiti, in a statement released on Feb. 15. “As things deteriorate, there is a fear that all of the progress that’s been made in the last decade could be lost,” he said, “and that the entrenched poverty will become even more pronounced.

“It’s clear that the people of Haiti are suffering,” Mr. Bessey added. “What’s also clear is that the international community needs to remain committed to their plight. We must not abandon them. Haiti needs our support now more than ever.”

Archbishop Thomas Gerard Wenski of Miami, one of the U.S. centers of the Haitian diaspora, told America that the crisis has interfered with post-earthquake rebuilding efforts. The archbishop is in charge of overseeing relief funds for post-earthquake church construction in the country. He said that “when there’s [protests] in the streets like this, the cost of construction goes up exponentially.”

As hospitals around the country struggled due to lack of medicine, supplies and fuel, an increasingly desperate population has turned to the church. “We as churchmen are receiving calls all day. People are knocking on our doors looking for help,” said Father Saint-Félix. “But we can’t really say that we are doing anything major to help,” he adds. “You just can’t go outside; it's too dangerous.”

“We feel completely abandoned,” said Robert Duval, a resident of Port-Au-Prince and the head of FondationL’Athletique D’Haiti, a sports organization that provides free meals and athletic training. Mr. Duval’s foundation works with some of Haiti’s most marginalized children, who often receive the majority of their nutrition through his program. Like Catholic Relief Services and the Jesuits, he has been unable to conduct normal operations since the uprising began.

On Feb. 17 Haitians enjoyed a reprieve from the disorder, as citizens around the country were able to head to markets to find provisions and water, and fuel trucks were allowed past barricades to outlying districts of the capital. The night before, Prime Minister Céant announced a series of budget reduction measures, cutting perks and benefits for government officials, designed to placate the demonstrators. On Monday, Feb. 18, the streets were quieter, but schools remained closed.

It is unclear if protesters have been mollified by the prime minister’s gestures or if the uprising has simply (temporarily?) run out of steam. But the drivers of protest remain in place: Mr. Moïse has not resigned, the Haitian currency is still sliding relative to the dollar, and Haiti ranks fourth in income inequality in the world.

The Jesuits, the Haitian conference of bishops and representatives of local Protestant and Anglican churches have called for the removal of the street barricades and a resumption of political dialogue, but the broad lack of confidence in the political establishment as a whole will be a challenge. “The population is demanding profound change, given the corruption that is present at all levels of government,” said Mario Serrano Marte, S.J., a Jesuit who works on the border between Haiti and the Dominican Republic and was trapped in Port-au-Prince during the street protests, “but the resignation of the president is fundamental.” 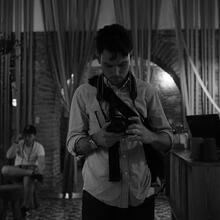 Mario Ariza is a writer and journalist currently working on a book about Miami and climate change.

"riots are the language of the unheard." (MLK) People need to be heard and responded to. When other channels fail, this is what happens.

Allah helps us their peoples and please reading Daily Duas for God help.

Thank You. Vonage is VOIP services and as of now it's the best services out there. vonage login my account is best portal to check our eligibility to check VOIP services just like Vonage.