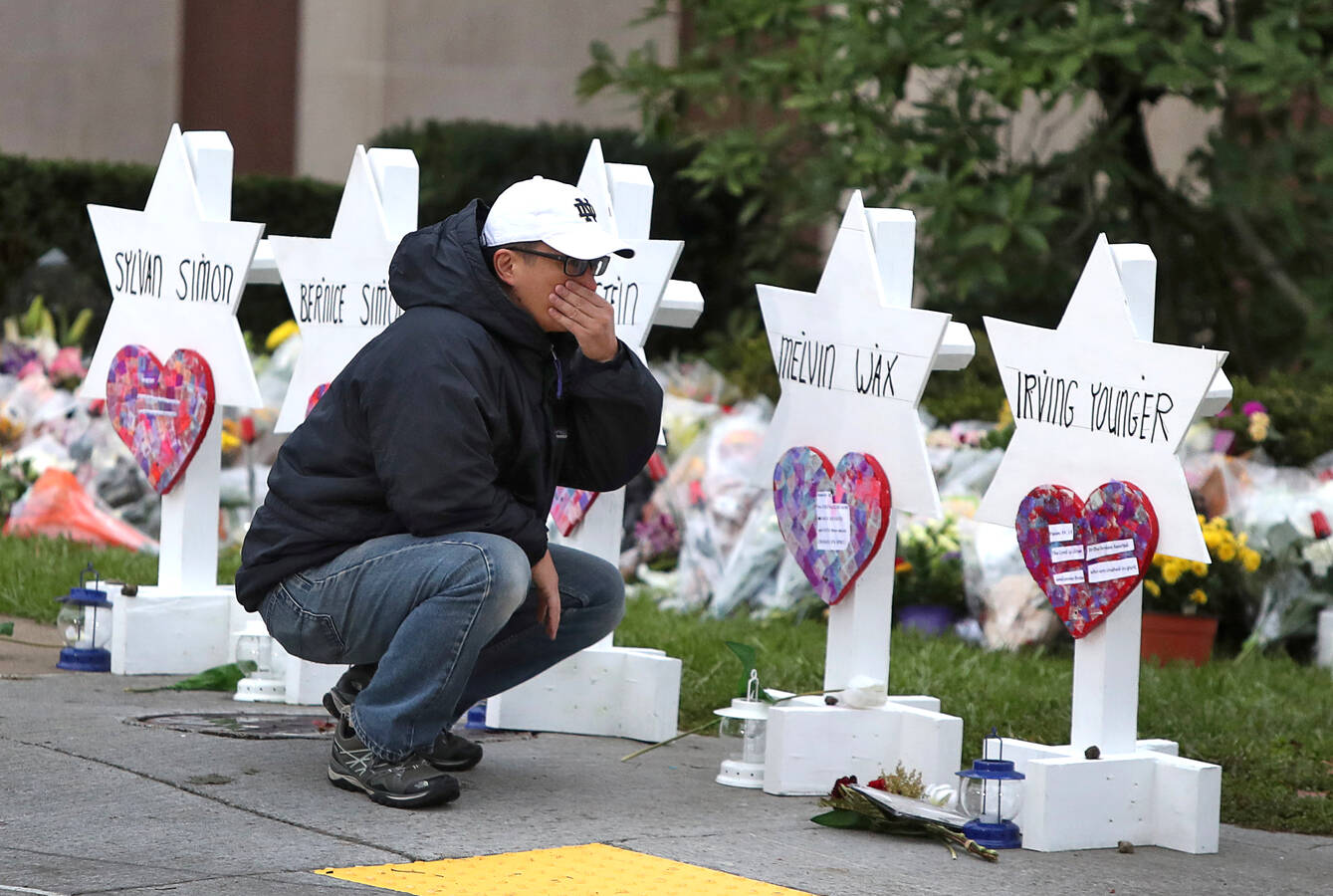 For us it is a family matter.

When I first heard of the massacre at the synagogue in Squirrel Hill, I contacted my sister-in-law. Patti is a Jewish woman originally from the Squirrel Hill neighborhood of Pittsburgh. For decades, her family lived several blocks from the Tree of Life Synagogue. They occasionally attended services there; other relatives and friends were congregants. We waited to hear the names of the victims announced by the police on Saturday night. No family members had died in this assault, but the names of old neighbors and acquaintances deepened the grief of the Squirrel Hill Jewish community as we faced the most lethal attack on Jews in our nation’s history. Several times I recalled my conversations with Patti’s father, who had long run a pharmacy in his beloved neighborhood and who would proudly describe all the local Jewish organizations to which he belonged.

First, we need to address the very image of God we present in our worship.

As we face this senseless explosion of anti-Jewish hatred, what should be done? Like other people of good will, we should mourn the victims, condemn anti-Jewish bias and educate for tolerance. But as Catholics, we also need to respond to this hatred as a church. I would like to suggest several ecclesial paths of action.

First, we need to address the very image of God we present in our worship, our preaching and our instruction. On a recent retreat, I asked undergraduate students if they had any general questions on the Bible. One student replied: “It seems to me that there are two different gods in the Bible. The Old Testament God is full of violence and vengeance. But the New Testament God is full of love and mercy.” This is an ancient heresy, of course. Its technical name is Marcionism, and it has by no means vanished. At a recent conference on our current obsession—how we deal with the “nones,” the growing number of young people with no religious affiliation—one speaker opined, “The problem with our nones is that think that God is some Old Testament tyrant with lightning rods and holy wars.”

Second, we need to address our attitudes concerning the state of Israel.

Despite our persistent efforts to purify our religious education of anti-Jewish invective, this bias still distorts our very concept of God. Why do we remember so easily “An eye for an eye and a tooth for a tooth” (Ex 21:23) but forget the “God of tenderness and compassion” (Joel 2:13)? Why do we inscribe the soft phrases of Jesus, such as “I am meek and humble of heart” (Mt 11:29), in our stained glass while we confine his harsher sayings, such as “Depart, you accursed, into the eternal fire” (Mt 25:41), to the fine print in the index? This poisonous, duotone cartoon of the biblical God still wreaks its damage.

Second, we need to address our attitudes concerning the state of Israel. It is tempting to cordon off our relationship with the Jewish community from the political reality of Israel, no longer a long-vanished kingdom but a contemporary democratic state. The state of Israel embodies the Jewish dream of a permanent refuge from persecution and of a nation explicitly constructed according to Jewish principles. This dream and promise fulfilled cannot be ignored.

Finally, we should continue with the extraordinary reconciliation between the Catholic and Jewish communities.

I believe we should contest the increasingly harsh criticism of Israel in certain church quarters. I have viewed with alarm the growing number of organizations on Catholic college campuses that have endorsed the Boycott, Divestment and Sanctions movement against Israel. As a Jesuit, I learned with sadness that our Conference of Major Superiors of Men had endorsed this movement. There is much to criticize in the current Israeli government. But I must ask why these church-based organizations single out Israel with such vehemence. Where are the accompanying resolutions to boycott China for its illegal occupation of Tibet or to disinvest from Iran because of its denials of religious freedom? What motivates such bitter, disproportionate attacks on Israel?

Finally, as a church, we should continue with the extraordinary reconciliation between the Catholic and Jewish communities that has emerged in recent decades. When I offered a blessing at the bar mitzvah of my nephew and at the bat mitzvah of my niece, what was remarkable was that it was not remarkable. At the receptions afterward, older Jewish and Catholic guests approached me and the rabbi to express their gratitude for the greater openness of both religious communities. They knew that such interfaith prayer was unthinkable decades ago. For younger Jewish and Catholic guests, such interfaith gestures of mutual esteem are simply taken for granted. They cannot grasp the history of ignorance, fear and contempt that was overcome to bring us to this new charity. May it grow.

First, thank you for being one Christian who has been sufficiently agreeable and loving to be accepted amongst observant Jews.
Leading by example, the most powerful and important response.

Also, thank you for ever so gently declaring that being anti-Israel is in the main just thinly disguised hatred of Jews.

Thank you for ever so obliquely declaring that Jesus is the genuine icon of Yahweh, Almighty God and manifests towering outrage as well as tender mercy. He did not teach pacifism and true Christianity is not pacifist.

I wish I heard more often that Jesus, Mary and Joseph were Jews. That Peter, Paul, John were Jews. And, that there is NO collective guilt NOR collective innocence.

I think that being anti Palestinian is in the main thinly disguised hatred of Arabs. Divestment movement is as ethical as it was when done against apartheid S. Africa. And it should be done against Saudi Arabia, for sure.

The author makes a good point regarding the dual images of God in Catholic minds. However, may I suggest that our clergy, religious, and lay catechists, who are the chief teachers of Catholics and their children, might best be thoroughly instructed on this issue first.

While I understand the obvious discrepancy between outrage at Israeli behaviors vis-à-vis the behaviors of some of the more authoritarian nations of the world, might some of the motivation be the expectation of a higher standard of behavior from a people with whom we share some religious beliefs? Surely antisemitism may be the motives of some, but all, not at all.

I cannot recall having ever heard from a parish pulpit the very direct and clear admonition that anyone who holds antisemitic, racist, or anti religious attitudes and uses or supports such rhetoric is guilty of serious sin. That might be the very best start to accomplish the author’s purposes. I learned it the best way... by working with many Jewish colleagues who have shown me great affection, friendship, and hospitality throughout my adult life. Not every Catholic has that good fortune.