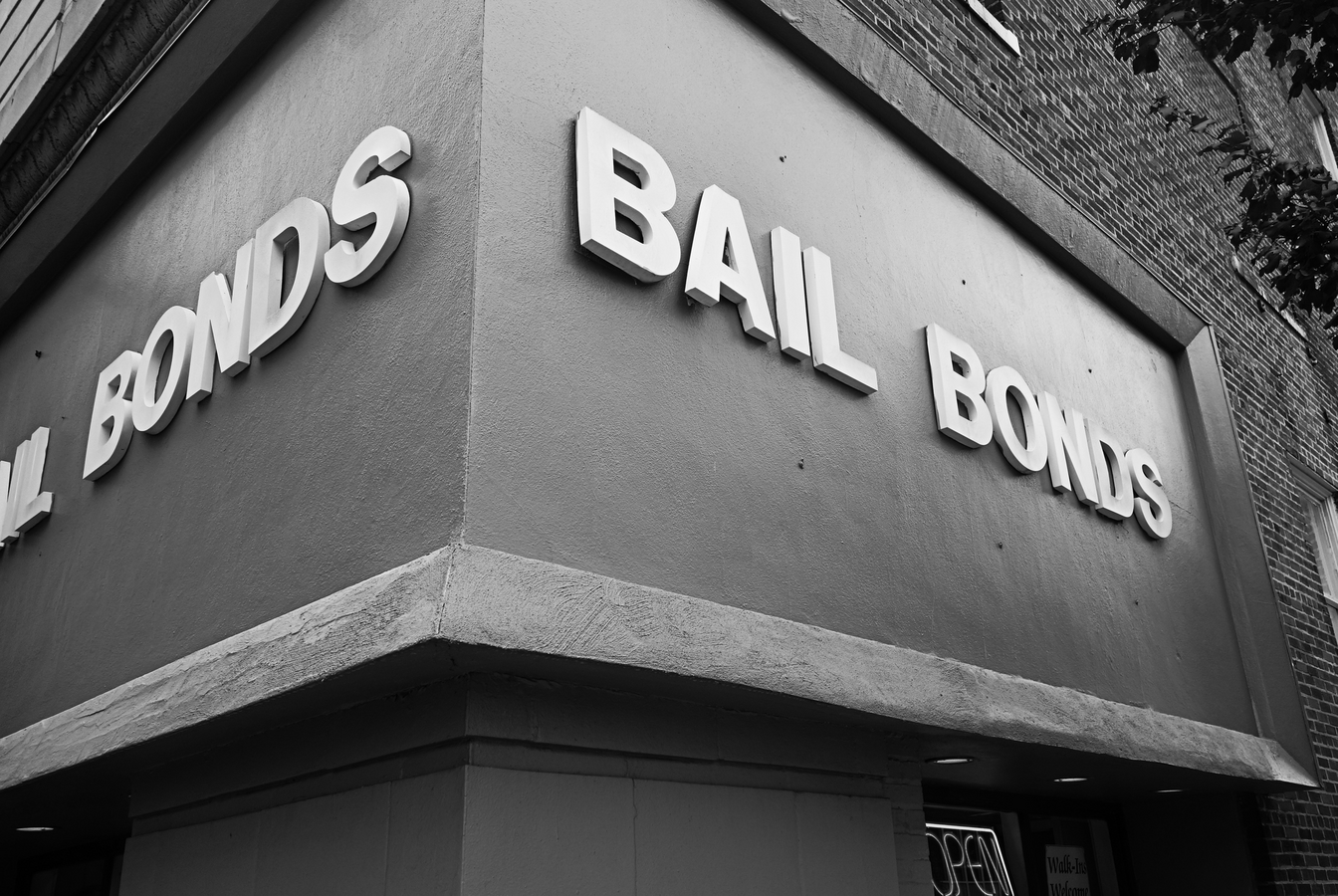 In the U.S. bail system, justice is for sale

In the U.S. bail system, justice is for sale

On a Friday morning in June, I am driving too fast on a freeway south. My daughter has been in jail since last night. The bail bondsman I call from the car answers on the first ring.

I give him an arrest number. He comes back on the line. He is reassuring, soothing. He can have my daughter out today, before the weekend. He will need some paperwork: my most recent pay stub, my tax return….

I cut him off, panicky. I am already 30 miles from home, and I do not travel with these documents.

This is a story about injustice. Specifically, the fact that sometimes justice is for sale.

“Don’t I have to?” I am ignorant of the procedure for posting bail. I work in a prison, but I have not visited this side of things before.

He recovers his cool. I must be one of those privileged people.

And that is what I do. But now I have learned that if I did not have access to that kind of money, I would have to put up collateral, such as my house or my car, and make payments at a hefty interest rate. If I were not able or willing to do any of that, my loved one would stay in jail, pretrial, pre-anything, supposedly innocent until proven guilty but doing time nevertheless.

This is how the money bail system works. Money talks and my kid walks.

The bondsman tells me I can kiss my money goodbye, no matter what happens with my daughter’s case, even if it is dismissed: that is the agency’s fee for bailing her out. Which, he reminds me, they are experts at. If she does not check in with the bondsman weekly or misses a court date I will owe the entire $20,000. Of course, if I want to save the bond agency’s fee and post $20 grand directly with the court, I can navigate the system myself, but he assures me that the court will find a way to keep my deposit forever. One little technical slip-up and all that money evaporates. Do I want to risk that?

This is how the money bail system works. Money talks and my kid walks.

Rhetorical question. When I finally get to his office, I hand over my debit card, sign a sheaf of papers, and promise to bring my daughter to this office upon her release. This is all done by 3 p.m.

I rush to the jail with my daughter’s boyfriend, where the paperwork proceeds at the county-mandated glacial pace. We wait. And wait. My daughter is released around midnight.

She emerges from lockup moving like an old lady, although she is in her 20s. She has two black eyes. She is wearing a paper shirt. When she sees us, she starts crying. She makes promises. My heart breaks into jagged pieces.

We check in at the bail office at one in the morning. My daughter has to sign more papers and surrender her fingerprints and make more promises. Around 2 a.m., too tired to drive home, I check into a hotel with nothing. No reservation. No luggage. I think I look suspicious, but the clerk is unfazed. I ask for a complimentary toothbrush. It has been a day of firsts.

Pretrial freedom should not belong only to those who can purchase it.

I tell this personal story with my daughter’s permission, and with the intent of illustrating this unjust bail system. My daughter’s journey into and out of jail is her story to tell, but the process by which she was released is a national shame. If I hadn’t had any spare money or any kind of collateral, my daughter would have stayed in jail through the weekend. On Monday, a judge might have released her on her own recognizance. If that didn’t happen, she would have been held until at least her first court date a month later.

The bail system punishes the poor—here are some more just alternatives.
The Editors

There are people in this country of ours who are behind bars for months and years, who have not been convicted of any charges, who are awaiting their court date and whose only crime to that point is basically lacking a savings account. While they are locked up, their financial problems deepen. They may lose their job or housing or car or even custody of their children. This is not right.

In some states, there is proposed legislation to abolish the money bail system, although it is mightily opposed by the bail bond industry. In California, for example, the California Money Bail Reform Act (SB 10, introduced by Senator Bob Hertzberg and supported by Governor Jerry Brown) would ensure that judges can determine, in the interest of public safety rather than a bank balance, who can be released while they await trial. SB 10 would also provide pretrial services to help people get back to court and comply with the judge’s conditions of release. The bill has yet to pass both houses.

Pretrial freedom should not belong only to those who can purchase it. I thank God that I was able to bail my daughter out of jail, but the privilege that made her release possible sickens me. This is not a just system. We need reform now.

But it's always been this way. Power and status talk, even in the church!

I find it hard to undertand how this system has stood up to
Judicial scruntiny.
Where is the ACLU ?
Where are the Jesuits ?
Where is Common Sense ?

If you cannot make bail you will be held in Country Prison until you
trial or Plea-Bargain, even though you are innocent and even after
being found innocent by a Judge or Jury -
the State does nothing to help you get your reputation, job, savings, life
home, marriage and family back.

Yes, those who are a direct and ongoing danger to society need to be
held without bail, but most of the rest should not have to sit in Country Prison
when they have not been found guilty of anything.

There is a significant lack of common sense or equality in the justice system. The bail system adds another thick and long lasting layer of distress on people who lack the resources to dig out of. It is always about the ability to access the money and while I do not fault the people who are able to do this, I have grave concerns about a system that allows such an imbalance in treatment. One has to wonder about the people who lack bail money or funds to retain a competent attorney ~ are they any more dangerous to society than the folks who were able to afford better representation?