The bail system punishes the poor—here are some more just alternatives. 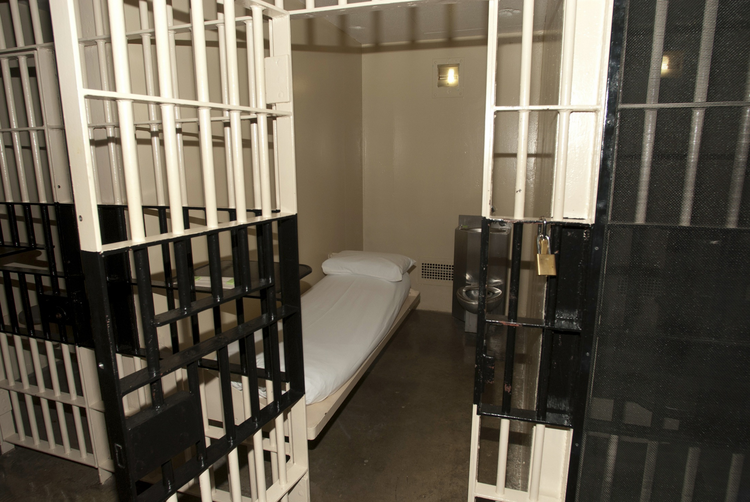 A jail cell in a Federal Penitentiary in Texas. (CNS photo/Jenevieve Robbins, Texas Dept of Criminal Justice handout via Reuters)

It costs more to be poor in the United States, and the bail system is just one more example of this fundamental inequity. Access to financial resources can determine whether someone accused of a crime can continue a normal life—including keeping a job, paying bills and caring for children—or must endure months or even years behind bars before going to trial. (The case of Kalief Browder is infamous. Jailed for three years in New York City without trial, initially because he could not post a $3,000 bail, he later committed suicide.) Prosecutors can also use the threat of exorbitant bail to force people into pleading guilty simply to avoid jail time—a decision that can preserve a defendant’s job in the short term but imperil his or her ability to find employment and housing in the future. The arbitrary nature of the bail system is why only two nations in the world, the United States and the Philippines, require those accused of even nonviolent crimes to purchase their freedom while waiting for their day in court.

It costs more to be poor in the United States, and the bail system is just one more example of this fundamental inequity.

But there are encouraging signs that the bail system in the United States is crumbling. At the beginning of the year, New Jersey instituted a risk-assessment system that eliminated bail requirements for all but the handful of defendants seen as the most likely to miss court dates or to commit crimes while awaiting trial. Early reports are that the state’s jail population has dropped by almost one-third even as the crime rate continues downward, a boon to state coffers in addition to being a more just practice.

In addition, the city’s criminal district court implemented a pilot program that, like New Jersey’s, used risk-assessment tools to allow most defendants to avoid jail. The website CityLab reports that those who were simply released were as likely to show up for trial as those who had to post bail and that only nine of the 201 defendants released under the program were arrested again while awaiting trial, a rate only slightly higher than for those released without bail under more narrow criteria. If this pilot program were expanded citywide, it could greatly reduce spending and prison overcrowding.

Nationally, the bail industry issues $14 billion in bonds each year and earns about $2 billion in profits, according to Governing magazine, and it is lobbying state and local governments to prevent reform. But in some places other players also make money from the bail system, including the courts themselves. In New Orleans, at least 10 percent of every bond is kept by the bail bondsman, even if the defendant honors his or her pledge to return to court, and another 3 percent is allocated among judges, sheriffs, public defenders and prosecutors.

I pardoned a convict who killed again. Here’s why I still believe in mercy.
Mark Singel

New Orleans judges’ offices collect over $1 million a year from bond fees, funding much of their payroll, and they may be reluctant to turn off this revenue stream. But there is no reason for any level of government to depend on “punitive revenue” from people who have not been convicted of any crime, whether through the bail system, civil-forfeiture programs that seize assets from people not charged with any crime or by escalating court fines demanded of prisoners who have no way of earning enough money to pay them.

The momentum for criminal justice reform has stalled at the federal level, but states and local governments should continue to correct the excesses of the mass-incarceration craze of the last century. Ending the bail system, except in the rare cases where there is demonstrated risk, is a necessary step.