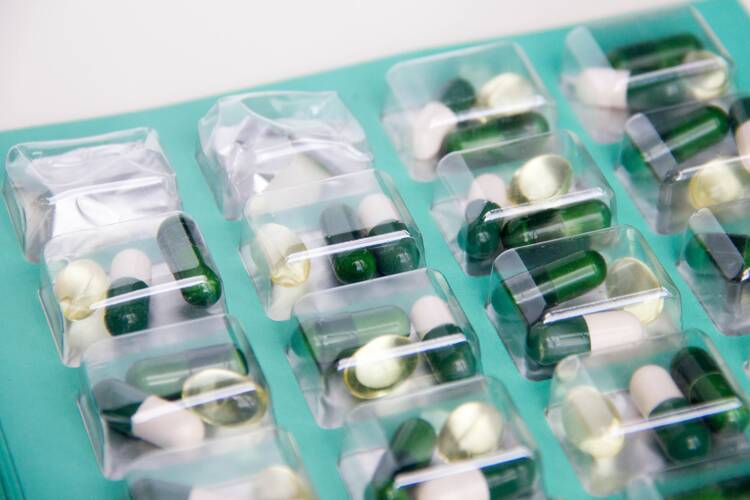 Archbishop Timothy P. Broglio of the U.S. Archdiocese for the Military Services was one of seven U.S. religious leaders asking that any new North American Free Trade Agreement "avoid enhanced and extended monopolies on life-essential medicines."

The May 18 letter, sent to President Donald Trump, administration officials and members of Congress, added: "Our faith traditions call us to care for the sick and respond to the needs of the poor in our societies. Trade agreements can have enormous impacts on the ability of the sick and the poor to access the medicines they need for healing and even survival."

Archbishop Broglio signed the letter in his role as chairman of the U.S. bishops' Committee on International Justice and Peace.

"We agree with the provisions of the World Trade Organization's Agreement on Trade-Related Aspects of Intellectual Property Rights, currently in effect in all NAFTA countries. The TRIPS agreement calls for respect of intellectual property rights, including those for medicines," the letter said.

What are President Trump’s best and worst policies? Our readers respond
Our readers

"Crucially, as was underscored by the Doha Declaration on TRIPS and Public Health, it also recognizes each nation's right to take necessary steps to ensure that medicines are available to all of their residents."

The letter was sent one week after the 11th anniversary of a bipartisan agreement on trade policy supported by then-President George W. Bush and leaders of both parties in Congress.

"This 'May 10th Agreement' recognizes the flexibility in intellectual property rights provisions with regard to pharmaceuticals that developing countries sometimes need in order to serve the public health needs of their people," the letter said. "We hope our political leaders can come together once again on these principles in support of the most vulnerable."

"Our faith traditions call us to care for the sick and respond to the needs of the poor in our societies. Trade agreements can have enormous impacts on the ability of the sick and the poor to access the medicines they need for healing and even survival."

"We ask that a renegotiated NAFTA reaffirm the TRIPS public health protections that enable the United States and other countries to promote the human right to health and access to medicines for all," it added.

Other signers included Presiding Bishop Michael B. Curry of the Episcopal Church; the Rev. Susan Henry-Crowe, general secretary of the General Board of Church and Society for the United Methodist Church; the Rev. John C. Dorhauer, general minister and president of the United Church of Christ; Presiding Bishop Elizabeth A. Eaton of the Evangelical Lutheran Church in America; the Rev. J. Herbert Nelson, stated clerk of the General Assembly for the Presbyterian Church (U.S.A.); and the only lay signatory, Eric LeCompte, executive director of the Jubilee USA Network.

This is a great news for all of us which is about NAFTA shouldn't restrict access medicines. I think they need to do some more work on these medicine access and share details here with us.
Heavy duty castor wheels in UK