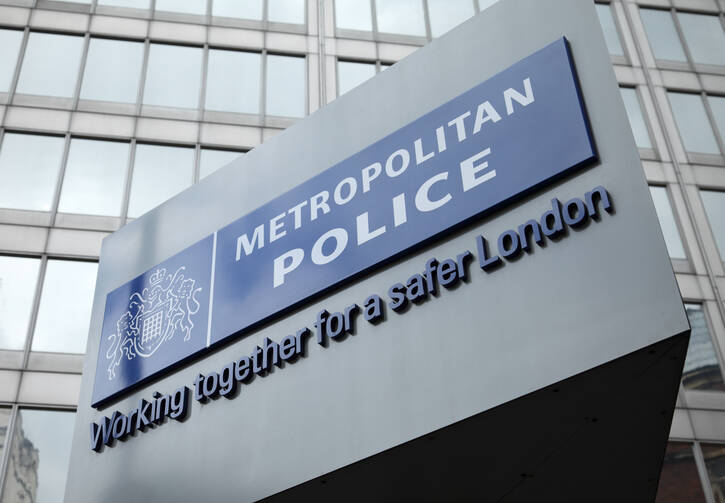 Two young men died violently on London streets one weekend in mid-April, one a short distance from where this Dispatch is being written in northeast London and the other at the opposite end of the capital. Now reports are emerging that another young man just died in a shooting outside a Tube station in northwest London.

Just a few weeks before this latest spasm of street violence, a 17-year-old girl was stabbed, dying in her mother’s arms in Tottenham, North London, the day after a 17-year-old boy perished in nearby Walthamstow, shot in the face. These and other deaths have increased the number of homicides so far this year in London to 64.

For the first time London has achieved the sad distinction of exceeding New York City in homicides. Almost all the killings have been of young adults or juveniles by their peers. It is not a new problem in certain quarters of this city, but it has worsened this year and nobody is entirely sure why.

For the first time London has achieved the sad distinction of exceeding New York City in homicides. Almost all the killings have been of young adults or juveniles by their peers.

But concern about the rising violence was accompanied this week by angry disbelief as Londoners heard President Trump’s comments on the crisis during his address to the National Rifle Association in Dallas. “I recently read a story that in London, which has unbelievably tough gun laws, a once very prestigious hospital right in the middle,” which the president did not identify, “is like a war zone for horrible stabbing wounds.

“They don’t have guns,” the president said. “They have knives, and instead there’s blood all over the floors of this hospital.”

The president is already unfondly remembered here for a suggestion in 2015 that London harbored “no-go areas” governed by Sharia law, where the Metropolitan Police could not operate freely because of the danger posed by radical Islamists. Londoners were cross about those lies but responded with fairly good humor to them. Rather hilariously, you can even book a guided tour around exactly those danger zones purported by the president.

But the lies about London’s current tragedy of street violence evoked not laughs but bewildered fury. Londoners did not miss the none-too-subtle implication by Mr. Trump that had the United Kingdom not had such tough prohibitions on gun ownership, the stabbings would not have happened.

The Westminster government, already beleaguered on several fronts, has tried to deny a link between the grim homicide statistics and austerity-driven cuts in the numbers of police officers, both in the capital and across the United Kingdom. The bare figures show that since the Tories returned to power in 2010, police numbers across England and Wales have been reduced by over 20,000.

Some have suggested there was a certain merit to these reductions after big overall falls in crime levels since the 1990s. Indeed, firearms offenses have dropped by almost half between 2006 and 2015. And some resources had to be switched to anti-terrorism policing, putting further pressure on local police chiefs to fund their force’s regular community-level service. Prime Minister Theresa May’s government has been determined to hold the line that there is no simple, direct causal link between the reduced police numbers and rising homicide levels.

Looking at only the reduction of “bobbies on the beat” probably oversimplifies the cause of the uptick in violent crime.

Indeed, looking at only the reduction of “bobbies on the beat” probably oversimplifies the cause of the uptick in violent crime. The Conservative Party’s socially divisive austerity policies are surely another driver.

Here in northeast London, much of the violence occurs as a result of territorial disputes among teen and young adult gang members. Seldom are there reports of violent robbery committed by these teens, and victims are usually other gang members, though some “civilians” have been unfortunate enough to be caught in the crossfire.

Yet some claim that blaming gang culture for the upsurge in homicides, as the government does, distorts reality. A recent book by criminologist Anthony Gunter—Race, Gangs and Youth Violence—asserts that the gang narrative is a media invention, citing evidence from young people he interviewed. The more complex story Mr. Gunter proposes is one of a wider fragmentation and breakdown: inadequate parenting, reductions in youth centers and social services, racism among certain police officers, media stereotyping and poverty.

Mr. Gunter writes that “the teenage years are associated with risky and problematic behaviours for everyone. But these behaviours are aggravated by poverty, inequality, school exclusions, mental illness and chaotic family circumstances. Rather than thinking of violence among young people solely as a crime problem, it should be considered a health risk, alongside drug use, smoking, drinking and unprotected sex.”

It is precisely this analysis of the problem—as a public-health matter, rather than straightforward criminality—that has led London police and health chiefs to look north to Scotland’s recent success in reducing violence. Thirteen years ago, Scotland and its biggest city, Glasgow, suffered a large increase in homicides—137 in a year, in a nation of just over 5 million. But Scotland has since seen a dramatic reduction after a creative intervention by the authorities.

Was the British Government right to attack Syria without Parliament’s approval?
David Stewart

The Strathclyde Police force, whose jurisdiction includes Glasgow, set up a specialist team, the Violence Reduction Unit, with the goal of preventing crimes rather than merely solving them. Adopting the “public-health approach,” which starts with seeing violence as a civic disease, the V.R.U. officers collaborated with social services, teachers and health workers toward a broad analysis of the problem. Those at risk of falling into violent crime were identified and encouraged toward alternative behaviors; as in a public-health campaign, prevention became the cure. Now crime involving weapons has reduced by almost two-thirds.

London’s Mayor Sadiq Khan has held discussions with leaders of this intervention about adopting it down south. Mr. Khan told the BBC that London has “learned the lessons from Scotland and elsewhere, where a public health approach has been very effective.”

Outside of my Jesuit parish church, we have placed an “amnesty bin,” out of the field of vision of police closed-circuit television cameras, where weapons can be dumped anonymously. Officials recently emptied it of several hundred weapons. That small effort certainly takes some of the weapons off the streets, but not all of them.

Londoners know that they have a problem and that their young are suffering, but no one here is aware of no-go areas or hospital floors soaked in blood. These false assertions appeal to nobody except the president’s core supporters in the United States.

Mr. Trump is scheduled to come to London in July. There may be a few residents waiting to peaceably inform him about true conditions on London’s streets. They would no doubt happily take him on a visit to that battlefield hospital he mentioned, if he tells them which of our many prestigious facilities he meant. Maybe they will even line up a free guided tour of one of those no-go areas.

Father Stewart
A reasonably interesting article ....but were you so unsure of its contents that you thought you had to use utterly irrelevant "click bait references" to Trump? A cheesy cheap tabloid magazine approach.