When can a doctor conscientiously object? 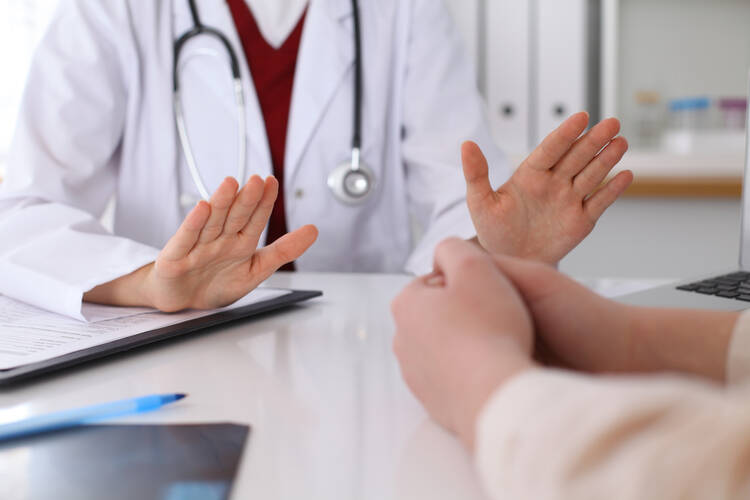 Over the last decade, the culture wars in the United States have broken new ground: They have become battles over the rights of conscience. For example, now that same-sex marriage is a right, the question before the U.S. Supreme Court in the case of Masterpiece Cakeshop is whether its sympathetic, telegenic owner, Jack Phillips, is within his rights to refuse to make a wedding cake for a gay couple. Similarly, under the Obama administration, the court heard arguments more than once over whether employers who object on religious grounds to contraceptives or abortion should be exempted from having to provide employees health insurance that includes such services.

By contrast, debates over conscientious objection in medicine have not had the same notoriety, though they have broken out repeatedly among health care professionals and medical ethicists since the turn of the century, when there was a flare-up over pharmacists’ refusing to fill prescriptions for emergency contraceptives.

A proposed bill seeks “to clarify the extent to which a medical practitioner with a conscientious objection may refrain from participating in certain medical activities.”

A bill currently before the House of Lords has brought conscientious objection in medicine into widespread public discussion in the United Kingdom, if not yet on the other side of the Atlantic. The Conscientious Objection (Medical Activities) Bill seeks “to clarify the extent to which a medical practitioner with a conscientious objection may refrain from participating in certain medical activities.”

It is the bill’s expansion of what counts as “participation” that has provoked pro-choice groups’ opposition. The Abortion Act of 1967 already provides that “no person shall be under any duty…to participate in any treatment authorised by this Act to which he has a conscientious objection,” with the exception of “treatment which is necessary to save the life or to prevent grave permanent injury to the physical or mental health of a pregnant woman.” The bill before the House of Lords expands “participation” to include “any supervision, delegation, planning or supporting of staff in respect of that activity.”

In so doing, the bill directly responds to a controversial U.K. Supreme Court ruling in 2014 in the case of Greater Glasgow Board of Health v. Doogan and Another. That case involved two Roman Catholic midwives, Mary Doogan and Concepta Wood, who worked as labor ward coordinators at a Glasgow hospital. Ms. Doogan and Ms. Wood objected to “delegating, supervising and/or supporting staff to participate in and provide care to patients throughout the termination process,” that is, abortion. Limiting itself to interpretation of the relevant statute, the Supreme Court found that “‘[p]articipate’…means taking part in a ‘hands-on’ capacity,” and that delegating, supervising, and the like do not fall under that description. Ms. Doogan’s and Ms. Wood’s objections, then, did not qualify for accommodation.

The debate over conscientious objection is complicated by the fact that so many health care providers are employed by the National Health Service.

The debate over conscientious objection in medicine is complicated in the United Kingdom by the fact that so many health care providers are employed by the National Health Service. All told, the N.H.S. workforce numbered 1.7 million people in 2017. N.H.S. health care providers are public servants, and so it has been argued that “[p]ublic servants must act in the public interest, not their own.” The “Consensus Statement on Conscientious Objection in Healthcare,” produced by the University of Oxford’s Uehiro Centre for Practical Ethics in 2016, takes a similarly hard line. The statement opens by declaring that “[h]ealthcare practitioners’ primary obligations are toward their patients, not towards their own personal conscience”; insists that, when practitioners have a conscientious objection, they have an obligation to refer patients to another practitioner who is willing to perform the procedure in question; and recommends that health care practitioners who do qualify for exemptions on grounds of conscience “should be required to compensate society and the health system for their failure to fulfil their professional obligations by providing public-benefitting services.”

The debate has been joined by the philosopher David Oderberg at the University of Reading. Mr. Oderberg’s work on the ethics of cooperation was cited by the U.S. Supreme Court in the 2014 Hobby Lobby decision; now he has sought to rebut objections to the bill before the House of Lords and to counter the Uehiro Centre’s “Consensus Statement” through his own “Declaration in Support of Conscientious Objection in Health Care,” which is accompanied online by a preamble, policy recommendations and responses to frequently asked questions. (Full disclosure: I signed the declaration.)

Mr. Oderberg recognizes the complexity of the debate. For example, it is noteworthy that he stipulates that conscientious objectors must make appeal to a “religious or ethical code…that has current or historic popular acceptance across some significant portion of the society in which the conscientious objector resides, or in some other society where the code is readily identifiable.” As he writes further, “Freedom of conscience and religion in a liberal society does not entail that ‘anything goes.’” But he does want to defend freedom of conscience not only from direct participation in practices such as abortion, assisted suicide and euthanasia, but also from “assistance or co-operation” with such practices, including “facilitating them by means of referral to another practitioner.” And he resists the reduction of health care professionals to “mere functionaries” of the state or health care system.

The argument against allowing health care professionals to refuse to refer patients for legal, professionally sanctioned procedures typically turns on the claim that providing referrals falls among the basic obligations of the health care profession. As the medical ethicist Dan Brock put the argument, if a physician is unwilling either to provide the service in question herself, or to refer the patient to another physician who is willing to provide it, then she “should leave the professional role that has these obligations.”

This argument, however, begs the question of what obligations the professional role in fact has, and in particular whether providing referrals is always obligatory. Mr. Brock is clearly right that an emergency physician who becomes a Jehovah’s Witness and refuses to perform blood transfusions, or to refer to physicians who will do so, needs to find another line of work. But this example hardly clinches the case.

Mr. Oderberg proposes that the presumption in favor of conscientious objection should be overturned “if it could be shown that the act or practice in question were such that no reasonable person could object to its performance in the particular health care circumstances at hand.” The reasonable person standard Mr. Oderberg invokes here clearly needs elaboration, but it is hard to imagine that objecting to a blood transfusion to an emergency patient in need of blood products could be deemed reasonable. By contrast, reasonable persons object to elective abortion, assisted suicide, euthanasia and a host of other services either available already or on the horizon. Mr. Oderberg lists as examples transgender surgery, extreme cosmetic surgery, cloning, genetic engineering, the creation of chimeras, cognitive enhancement and performance-enhancing drugs.

The bill before the House of Lords is opposed by the Labour Party. Members of the governing Conservative Party have spoken in its favor, but the bill is by no means assured of passage in either the House of Lords or the House of Commons. Even Mr. Oderberg characterizes himself as only a “qualified supporter” of the bill, though he commends it as “an excellent start.”

As health care becomes more government-regulated in the United States—which seems inevitable given the steadily mounting costs—it will not be long before our conscience wars expand to a new theater. In the meantime, before Fox News and MSNBC get into the mix, conscientious citizens might get a head start by taking heed of the current debate in the United Kingdom. 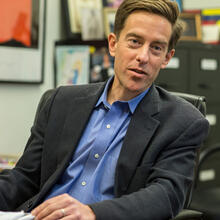 Bernard G. Prusak is associate professor of philosophy and the director of the McGowan Center for Ethics and Social Responsibility at King’s College in Wilkes-Barre, Pa. His book Catholic Moral Philosophy in Practice and Theory: An Introduction was published by Paulist Press in 2016.

Americans need not look further than Canada nor wait for developments in the UK to see the potential for serious problems. The state medical regulator in Ontario demands effective referral by objecting physicians for all physician services, which now include euthanasia and assisted suicide. A major constitutional challenge is underway, but the decision went against the physicians at the trial court. The federal government in Canada has the jurisdiction to prohibit at least coerced participation in homicide and suicide, but has deliberately refused to do so, thus enabling provincial governments with constitutional jurisdiction in health care to compel participation if they wish. For an overview of the background and developing problem, see http://www.consciencelaws.org/publications/presentations/presentations-008-therapeutic.aspx

I do not think it right that doctors can refuse to provide information about a procedure they don’t choose to participate in. Their job is not to make a moral judgment about medical procedures for their patients. Their job is to provide care. If they object to providing certain services themselves because they have made a moral judgment as to their own participation, that is fine. But they do not get to decide what is morally appropriate for their patient to participate in. Providing medical care places a serious responsibility on a medical practitioner. But it does not make them responsible for their patients’ moral choices. Nor does it give them the right to make those choices for them.

If someone wants an abortion I will offer any help to the woman and the father that might bring them to change their minds, have the baby and either raise it themselves or put it for adoption.
Otherwise, I will say that it seems to me, and Almighty God, that killing the child for whatever reason is a grave moral offence and they must ask someone else to kill the child as I will not help in any way.

Secular lawyers do not get to make moral law, it is absolute and unchangeable.

The USA is going the way of Nazi Germany, I pity the Christians as they will soon face terrible persecution.
I am appalled that the UK is following suit.

Pro-life people need to remind the legislators and judges that Paul confessed that he was part of the martyrdom of Stephen, he held their cloaks as they stoned him.

People don't get to impose their moral values on others...don't forget that we have a clear and distinct separation of church and state, and so we base our laws on the Constitution and the Bill of Rights, not moral law.