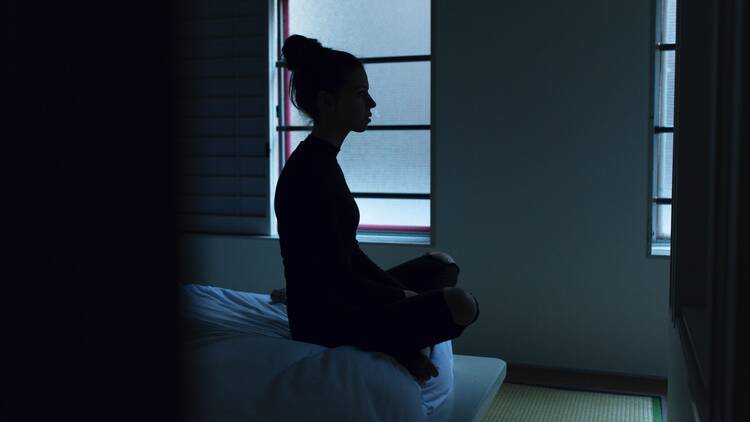 Allegations made against Harvey Weinstein and other prominent men in the entertainment industry have focused the nation’s attention on rape, sexual abuse and sexual harassment. Prosecutors who previously declined to pursue complaints are considering criminal charges; civil lawsuits have been filed; and on social media the #MeToo movement has demonstrated the enormity of the problem. As we acknowledge our past struggles with sexual harassment or assault, experience our present imperfections and plan our future responses, it is instructive to realize what the law can and cannot do to make us safe.

Except for crimes committed on federal land, state law governs what constitutes a sex crime; the definitions vary from state to state and have changed over time. Incredibly, most states did not criminalize forced sex with a spouse until the 1970s. Much work still needs to be done to provide justice to survivors of violent sexual assaults.

At a minimum, states should encourage reporting by providing support services, preserving physical evidence until expiration of applicable statutes of limitation and sharing evidence with law enforcement officials throughout the country to promote the apprehension of sex offenders. This, of course, takes money, and it is unclear whether the new federal budget will include help for states to provide these services.

On social media the #MeToo movement has demonstrated the enormity of the problem.

Adding clarity and uniformity to legislative definitions of criminal behavior would also be helpful. For example, states currently use different methods to determine the intent necessary to prove nonviolent criminal contact.

New York bases criminality for these less serious crimes on the intent of the perpetrator. A person who “intentionally, and for no legitimate purpose forcibly touches...intimate parts of another person for the purpose of degrading or abusing such person, or for the purpose of gratifying the actor’s sexual desire” is guilty of a misdemeanor. One reason Harvey Weinstein was not prosecuted in New York for touching a model’s breasts is because he could defend himself by saying he was trying to determine whether the model’s breasts had been surgically augmented.

Texas takes a different approach to unwanted touching and focuses on the perception of the innocent party rather than solely on the intent of the accused. In Texas, it is a misdemeanor assault to “intentionally or knowingly” cause physical contact “when the person knows or should reasonably believe that the other will regard the contact as offensive or provocative.” New Mexico’s law takes a third-party perspective by defining misdemeanor battery as “the unlawful, intentional touching...of another, when done in a rude, insolent or angry manner.”

Regardless of the precise statutory language, sexual assault, sexual coercion and offensive contact are behaviors that may be criminalized. The more difficult legal question is what nonphysical conduct can and should be banned.

Historically, “Peeping Tom” laws protected people from voyeurism in their homes and other private places, but the use of cellphone cameras to take upskirt pictures has led some states to update their laws to include nonconsensual photographing of a person’s “intimate parts” in public spaces.

Many people also find sexually harassing language offensive, but the free speech clause of the First Amendment prohibits the criminalization of mere words, no matter how degrading, rude or insolent, that do not incite imminent violence and are not threatening or coercive. The First Amendment does not, however, prohibit the government from enforcing employment discrimination laws that prohibit sexual discrimination and harassment in the workplace.

Title VII of the Civil Rights Act of 1964 prohibits employers with 15 or more employees from engaging in, or knowingly permitting, sex-based discrimination and sexual harassment of their employees. Discrimination is defined as using gender or the refusal to comply with sexual advances as a determining factor in “hiring, firing, pay, job assignments, promotions, layoff, training, fringe benefits, and any other term or condition of employment.”

Harassment includes “unwelcome sexual advances, requests for sexual favors,...slurs, graffiti, [and] offensive or derogatory comments...so frequent or severe that [they] create a hostile or offensive work environment.” Most states, excluding Alabama, also provide some protection from sexual discrimination in the workplace, but laws vary and employees of small businesses may find they are not covered. Independent contractors usually are not protected, but some states have enacted legislation to make clear that unpaid interns are covered.

As recent events have demonstrated, even those protected by employment laws often do not invoke their rights for fear they will be fired or lose future employment opportunities. Title VII prohibits employers from retaliating against employees and job applicants who have raised discrimination and harassment claims, but retaliation is impossible to prove without corroborating evidence. Industries that rely on reputation and word-of-mouth recommendations may be, as a practical matter, immune from retaliation claims.

Various state law tort claims, including civil assault, battery, intentional infliction of emotional distress, defamation and unlawful interference with a business relationship, also provide remedies for victims of sexual violence and harassment and are available to any injured party against any defendant. Plaintiffs must hire their own lawyers, however, and employment contract clauses may put these claims into arbitration, which can favor the employer.

Cases also can take years to litigate, and employers with few assets or limited insurance coverage usually are not sued because the possible monetary recovery is not worth the effort. On the other end of the spectrum, wealthy abusers often pay off their victims, in return for their silence, before lawsuits are filed and their reprehensible behavior is made public.

Laws can punish sexual abuse and help create safer environments. School policies and campus outreach initiatives, such as Yes Means Yes and It's On Us, designed to make students safer, are due in large part to Title IX requirements, the Clery Act and related laws. The Centers for Disease Control and Prevention have determined that sexual violence can be reduced by changing social norms through bystander and ally education, teaching safe relationship skills, promoting economic empowerment and safe environments, and supporting survivors.

A 2016 Equal Employment Opportunity Commission report on workplace harassment determined that changes in the workplace must begin at the top and that promoting civility can decrease instances of harassment: “[L]eadership and commitment to a diverse, inclusive, and respectful workplace in which harassment is simply not acceptable is paramount.”

No law can prevent determined criminals from committing heinous crimes. As a society, however, we can insist that our laws adequately sanction sex offenders and that our tax dollars fund programs that support survivors. We also can make concerted efforts to remind ourselves, families, students, co-workers and neighbors that respect for ourselves and others is required, not optional.

One of the insights to the sudden spate of sexual harassment accusations was that until recently it was assumed ok because of how the press and public treated Bill Clinton. If the President of the United States experienced no real harm from his actions then why should others worry? As long as one's politics were ok, then one could get away with a lot.

Be careful who you hug.

PS - this is all about getting Trump. If the Democrats sacrifice enough bodies, then they can justify going after Trump. Hillary senses that she is expendable and will protect all she can. No Bill, then no Trump.