When my daughters joined #MeToo, I knew I had to tell my story. 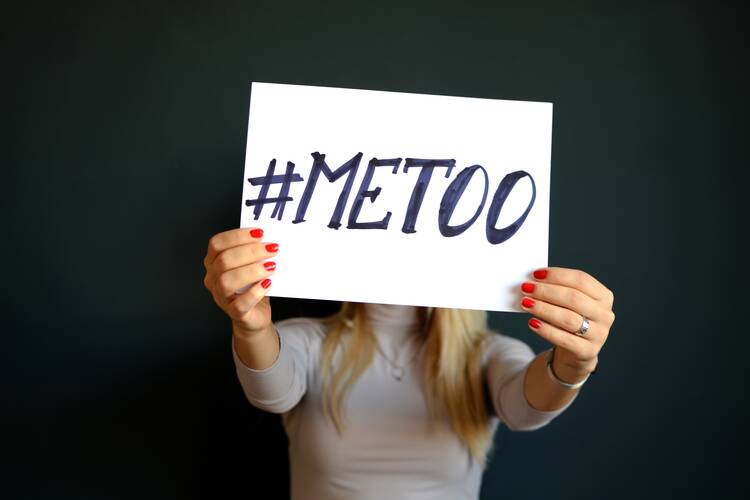 By now the salacious and repulsive details of Hollywood’s leading harassers have saturated our brains. Men like Harvey Weinstein, James Toback and Terry Richardson are in disgrace and perhaps in treatment. These big news stories have prompted an even bigger reaction from women from all walks of life. Thanks to social media, thousands of stories of sexual harassment and sexual assault are going viral under the social media movement, #MeToo.

Just about every woman has her stories. Many of us have never told them. Sometimes our silence is the result of shame. But sometimes we do not talk out of simple resignation. I mean, do I want to be a whiner? Or be known as high-maintenance? Doesn’t every woman have to fend off some gross man at some point in her life? A stranger cups your butt cheeks on a crowded train platform. You move away in alarm. A co-worker speaks exclusively to your breasts. You fold your arms. A drunk man at a party tries to make out with you. You make believe it is a joke.

Male misbehavior is just part of growing up female. We women want things to be nice and pleasant and conflict-free. No point in making a big deal out of some man’s thoughtless antics. Or so we rationalize.

Sometimes our silence is the result of shame.

My experiences with sexual harassment and assault range from the mild (off-color shouts from passing cars full of young men) to the horrifying (a teenage babysitter showing my 5-year-old self how he could “make milk come out”—and yes, I am referring to ejaculation), with other incidents in between. Many women have endured worse.

As a grown-up, I thought I had dealt with my feelings of shame and confusion and resignation. I felt empowered and cleansed. I had put all that behind me. I was married to a kind and enlightened man, who loved me and valued me both as a woman and as a person.

Then I had daughters. And then I got angry. When I pictured things that had happened to me happening to my girls, I knew I would be capable of killing the perpetrators with my bare hands. I was a hyper-vigilant mother, educating my daughters early and often about the sanctity of their private parts and appropriate versus inappropriate touching and the importance of speaking up. I thought I did well.

Except now my adult daughters have added their names to the #MeToo campaign.

Now my adult daughters have added their names to the #MeToo campaign.

I made the decision never to write about my babysitter or about the teacher who had claimed my virginity while my parents were alive. I wanted to spare them the knowledge that these things had happened on their watch. My parents are dead now, and I wonder too late if I did the right thing by shielding them. Because as much as it hurts me to know that my daughters can also say “Me, too,” I am heartened that they feel free to express their feelings and perhaps to expel the demons of keeping silent and pretending that offensive and even criminal behavior is normal and acceptable.

I have not pressed my daughters for details, but I will listen when they choose to speak. There is freedom in words. There is liberation in telling. One of the benefits of the #MeToo movement is that each woman finally feels heard. For some of us, it has been a long time coming.

I know that men can also be sexually harassed and assaulted, and my heart goes out to anyone who has been victimized, who has ever felt scared or sullied or diminished at the hands of another. But we women have struggled throughout history just to claim personhood. We have been enslaved and bought and sold and used and objectified and violated and denied our human rights and dignity. In some places we still cannot vote or own property or run for office or partake in adult society unattended. Even our religious institutions are sometimes complicit in treating us as less than fully human, denying us equal footing in religious practice and worship. Surely God created us whole.

#MeToo may look like only a hashtag, but I hope that girls of all ages will continue to challenge the unspoken assumption that boys are somehow superior beings and that men, especially men in positions of power, have some unassailable right to access our bodies. I see hope in the fact that we are marching. We are educating. We are naming our abusers. We are expecting—demanding—men’s respect. We are healing each other and ourselves.

Thank you for this important and courageous piece. So many of us as mothers struggle to know to what extent we should shield both our sons and daughters (not to mention spouses, parents, wider communities) from our #metoo stories and realities...both those we can publicly share and those still without words. I am starting to believe that we really need more collective thinking about age-appropriate ways to deliberately convey our stories and our knowledge as women of the widespread impact of harassment and assault...as well as the joys of consent.

Thank you for your article. I am a me-too-er. An episode that could have caused my death, and frightened me about men for decades afterward. It is hard to know, what, with the male sex drives of adolescents (and post-adolescents), can be done. I believe that the Church has consistently put the onus on women to say no, while chastising young men... my experience. The shaming is almost 100% on women because they "bear" the consequences... What should happen here? Remember Tuam.