The neoliberal sexuality of the left 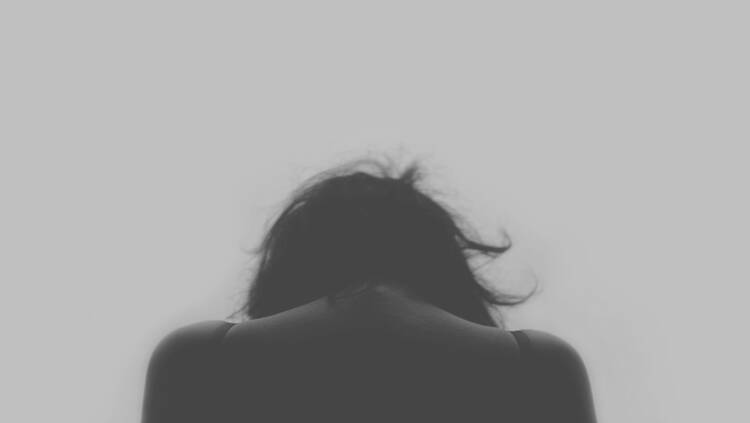 Photo by Volkan Olmez via Unslash

A former colleague of mine at a small, leftist publication—she now works for a larger one—shared a few sentences on the internet a few days ago that keep aching in me. She wrote that every day lately she has to get up in the morning and report on the latest case of sexual abuse and harassment, but she can barely do it. She keeps feeling anger as she tries to work—anger at the sexual abuse and harassment from men on the left she and others have experienced.

This epidemic has been more visible than usual, thanks (and no thanks) to Harvey Weinstein. Sexual misconduct is hardly unique to the left-leaning—it is Bill O’Reilly and Donald J. Trump and Marcial Maciel as well—but progressives who claim to have achieved some kind of sexual liberation are overdue for some serious introspection. I have been thinking back to behavior I have seen for years as a fellow traveler on the radical ends of the left—behavior that has saddened me and that I have tended to tolerate or let non-male voices bear the burden of calling out.

Progressives who claim to have achieved some kind of sexual liberation are overdue for some serious introspection.

If alien observers were to conduct an analysis of the contemporary left’s sexual politics, I suspect they would find close affinities with a doctrine the left is supposed to be organizing itself against: neoliberalism. This is the ideology by which individual choice and discrete transactions should govern all. Everything is a potential commodity. Shared agreements, shared culture, shared solidarity are regarded as threats to freedom, especially in economic life. Everyone’s job is to get what they can get away with. Neoliberalism neutralizes values and communities by rendering them as merely private concerns. “There is no such thing as society,” as Margaret Thatcher notoriously put it. “There are individual men and women, and there are families.”

It can feel on the left nowadays that there is no such thing as families, either.

This leftist neoliberalism is less apparent at the level of language, where there are lots of shared norms about the appropriate ways to speak about gender and sex; these rules represent an admirable, though sometimes off-putting, effort to resist exclusion of any kind. But I am more concerned about the language governing acts.

Consent, like any neoliberal choice, is a slippery thing.

A term the alien observers would hear a lot is “consent.” This is the ritual byword that justifies and enables. In lieu of shared judgments about what is or is not proper sexuality, participants must only consent to whatever particular thing they are doing, like a kind of verbal contract. Interestingly, this is almost the same defense that union-busting corporations use to justify paying terrible wages or that banks use to avoid accountability for ruining customers’ lives. It was all in the contractual fine print. Therefore, it is free consent.

Consent, like any neoliberal choice, is a slippery thing. Leftists know better than most that workers do not take lousy jobs because they prefer them to better ones. They do it because they have no real choice.

In the new magazine Logic, an essay by my fellow Occupy Wall Street activist-reporter Natasha Lennard tells of how, during that time of protest, radical sexual consent could stretch and stretch until it became, well, old-fashioned betrayal. Reading her memories made me grateful that, during that same time, I was busy falling in boring old monogamous love.

Of course, consent is a basic and necessary thing. But it is not nearly enough. Leftist men, especially, need to get more leftist about sex—and maybe more conservative, too. For instance, commitment and solidarity are expectations for political organizing, but they are rarely to be found in leftist talk of sexuality. This makes it harder to choose fidelity over impulse. Impressive love and commitment happen frequently on the left, as anywhere, but it is rarely celebrated or encouraged, for fear that doing so might come across as backward or even oppressive. But the solidarity of commitment is a good thing. It is something we need. An “I do” can allow space for a depth of choice so much fuller than a last-minute “yes.”

Any commitment requires self-sacrifice. Leftists expect self-control and sacrifice in political organizing, but how will anyone learn to do it if they are not practicing it in their everyday relationships? The left celebrates a protester who endures a night in jail, but someone who persists in keeping a troubled marriage intact can be regarded as deluded and repressed—to say nothing of someone who chooses to be celibate, before marriage or for life.

An “I do” can allow space for a depth of choice so much fuller than a last-minute “yes.”

We are human, and in some circumstances, a bit of repression is for the best. Let us repress. When we choose it, honor it.

If sexuality were more than isolated transactions, I think people on the left would be better positioned to act in genuine solidarity with queer, gay, trans and other varieties of experience. If our sexuality were more than the sum of individual appetites, we might be better at hearing the revelations that our diversity has to offer. The left might also be able to enter a more constructive debate about abortion, one that does not depend on rendering it as yet another morally neutral transaction.

Those are tricky matters to wade into, and men have more to learn than to say on them. But we can at least start with the easy things—easy because they are obvious, not because they are not difficult.

For instance: Help create a culture that celebrates commitment in relationships—not just in politics—and that equips us for self-restraint. Talk about these things, and appreciate them when they happen. Temptations to be abusive toward women will arise among us men; do not pretend they will not. We need each other’s support to resist those forces and to overcome them.

If nothing else, this is simple solidarity with those we work with and love. It is a start.

Nathan Schneider is a reporter and professor of media studies at the University of Colorado, Boulder, as well as a contributing writer for America.

Thank you, Nathan. Thank you for your words and your solidarity.

Lots to think about in this article. I'm not sure the parsing of "consent" works because it's meant to reveal the power imbalance between women and men (although I see how it can become procedural, transactional). With sexual relations(ips) there are so many things to consider: safety, mental and physical well-being, public health, spiritual health.

What parts of the article gave you this perception?

I think the message is that men should treat women better, and that it must go deeper than just stopping slut-shaming.

Good points about logical inconsistencies on the left.

The morality of a sexual act is not determined by mutual consent, but by whether or not it entails subject-to-subject interaction. If I treat the other merely as an object of desire (or myself merely as an object that has needs to fulfil) then mutual consent does not dignify the act. Conversely, if there is genuine subject-to-subject engagement, then even homosexual interaction is legitimate.

I didn't vote for disgusting woman-abusive trump, so I guess that makes me part of the "left" according to this author. But he's correct, Conservative men never abuse women. We need to deport all Liberals.

I was put off by the usage of the words "leftist" & "the left". What does that mean? It seemed to me to be divisive when the entire point of the conversation should be that harassment is everywhere. Harvey W & others in the entertainment industry (who I have no idea of their political leanings) are getting so much attention because their victims are famous. The point of Metoo was to show that it is everywhere. My former boss, didn't let the fact that he was a married, church-going father of two stand in the way of making a pass at everyone under the age of 30 who was wearing a skirt.

In society today "Everyone's job is to get what they can get away with", is everywhere. And it is hardly limited to "the left". Look no further than the roll back of environmental rules, health care, even the repairing of the electrical grid in PR...

What has to happen, in harassment & in society in general is to push back against the greed that propels a "Everyone's job is to get what they can get away with" attitude. What has to happen is for people to speak up when they see an injustice. Not just the victim speaking up. The people who believe they are "good" because they haven't done anything "bad" can't stand silently by why bad is done.

Thanks for your comment, Ellen, and I'm sorry to hear about your experience at work. I tried to make clear that I am by no means claiming that this is in any way an exclusive problem of the left. Rather, I simply wanted to point out some respects in which radical left subcultures, which I think have many strengths, also have some important shortcomings for confronting this epidemic. But of course this is a problem that societies must also confront holistically, not solely in particular subcultures.

I don't see 'radical left' but just a broad brush 'left'. I'm still waiting for the legal results of the 16 women who have accused Mr. Trump. I think you could have looked at many of the Republicans who were in congress like Newt, Hassert, a FL congressman guilty of sexual conduct against young congressional workers as well as the Arkansaw Senator .

What I see in this article is a certain amount of surprise that bad behavior in the realm of sexuality has consequences. The heart (a feminine heart, at least) longs for fidelity and permanence. If you don't believe that, listen to love songs. Sexuality has an innate morality associated with it, and if that morality is violated, we feel violated. The failure with both the prudish right and the libertine left is that they fail to speak with wisdom about the realities of sexuality.

The idea that making moral claims in the realm of sexuality, based on universal values is inherently repressive does not originate with Margaret Thatcher. It originates with Herbert Marcuse and other thinkers of the New Left in the 1960s. So, instead of worrying about neo-liberalism, ask yourself why the very metaphysical foundations of the modern left (meaning the rejection of a transcendent moral order, the identification of freedom with instinctivity, the whole Marx-Freudian anthropology, the hermeneutics of suspicion and so on and so forth) has reduced the left to be the ridiculous stooge of neo-liberal capitalism. Because, as Augusto Del Noce put it, the philosophical presupposition of the elimination of "modesty" is precisely the idea that everything is fundamentally an object of trade.