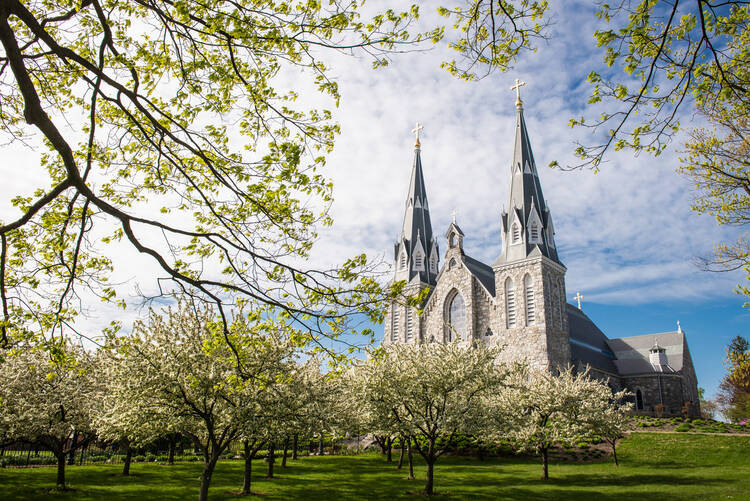 A new institute promoting women’s leadership across various industries and sectors is set to launch at Villanova University, with the hope of showing that gender equity leads to stronger families, communities and economies.

Officials at the Augustinian Catholic university located outside Philadelphia say the Anne Welsh McNulty Institute for Women’s Leadership will have an impact across the entire campus community, training faculty and students and supporting research that could promote women in leadership. In addition, the institute will consider how women can lead in a church that prohibits them from the priesthood.

“Gender equity is central to the common good,” Terri Boyer, the founding executive director of the institute, told America. “That’s the very Catholic aspect of this, that we’re doing this to develop leaders in that Augustinian tradition of self-understanding in the pursuit of a just and peaceful world.”

Ms. Boyer, a graduate of Villanova, was drawn to the work of promoting gender equity after seeing the challenges women face in advancing their careers in higher education. But she said the institute will first have to win over skeptics.

“Gender equity is central to the common good.”

“The institute has to be able to speak to all about why gender equity is central to the common good, [why] women doing well is better for our communities, our families, our economy, our workplaces and our political structures,” she said. “As soon as you talk about it from that perspective, you begin to see that everyone can get behind getting more women leaders.”

She said part of the institute’s mission will be connecting scholars working on projects that promote equity. For example, she said a scholar studying the impact of microloan programs on promoting gender equity might be paired with a researcher looking at clean water to see how each other’s work could be strengthened and, ultimately, improve the lives of women and families.

But any discussion of women’s leadership can be fraught in Catholic contexts, as the church does not ordain women and most of the highest positions of church leadership are filled by men.

“I would love for the institute to explore that topic: How do we do women’s leadership within a historically patriarchal organization and institution like the Catholic Church?” Ms. Boyer said, including looking at religiously affiliated educational institutions like Villanova.

Another sensitive point is that the term “women’s rights” in American politics is often appropriated by proponents of contraception and abortion, which Catholic teaching prohibits.

“The institute certainly won’t be avoiding those things,” Ms. Boyer said, but would seek to maintain a dialogue that keeps in mind that “Villanova is a Catholic institution, we’re a pro-life institution and always will be.”

The institute was founded with a $5 million gift from Anne Welsh McNulty, who graduated from Villanova in 1975. The center comes 50 years after the university first admitted women. Today, more than half of the school’s roughly 6,500 undergraduates are women, according to the school, a marked change from when Ms. McNulty was a student.

“When I went to Villanova 40 years ago, women had only recently been admitted across all colleges at the University, and those of us on campus were ambitious and adventurous and ready to take on the world. We were convinced the rapid changes around us would continue and that progress would be made much more quickly than it had been. Now more than ever, we need to focus on how we develop and elevate women as leaders,” Ms. McNulty said in a statement.

To celebrate the launch of the institute, Villanova will host two events this week, including talks from Val Ackerman, the current head of the Big East Conference and the founding president of the W.N.B.A., and Anne-Marie Slaughter, the head of New America, a think tank “dedicated to renewing America in the Digital Age,” Ms. Slaughter was the first woman to serve as director of policy planning for the U.S. State Department.

Pope Francis: The church needs young people so that “no one should be rejected”
Michael J. O’Loughlin

Global meeting of Catholic families in Dublin to include outreach to L.G.B.T. people
Michael J. O’Loughlin

University centers promoting women’s leadership are not new, not even in the Catholic context. Loyola University Chicago, for example, founded the Gannon Center for Women and Leadership in 1997 to “celebrate, encourage, support and grow the leadership potential of women undergraduate and graduate students, faculty and community members.”

But Ms. Boyer said she hopes Villanova’s institute is seen not only as a place for women to gain leadership skills, but as a place all people who care about gender equity can turn for assistance. To that end, the university says the institute will focus on four areas: research, skills development, networking and advocacy.

More: Women in the Church / US Church

It seems like this institute has already reached conclusions regarding gender equity without the requisite research that most other academic institutes exist to determine. Another example of the liberal academic tail wagging the dog.

Dominic Deus here. Dan, thank you for your post. Can you please say more? Perhaps you could elaborate on what, in your opinion, a conservative academic would say. Also, could you give readers some information on your underlying premises? Thank you again for your post.

Villanova could explore the option of having priests teach women leadership skills in the same way that seminarians are taught leadership skills. The culture of leadership in every institution in the world is traditionally masculine. Women can easily learn the cultural rules of leadership but they have to learn them from men because the vast majority of women do not know them, and the women who do know them may not be able to teach them.