Canadian bishops: Abortion should not be 'core' of foreign policy 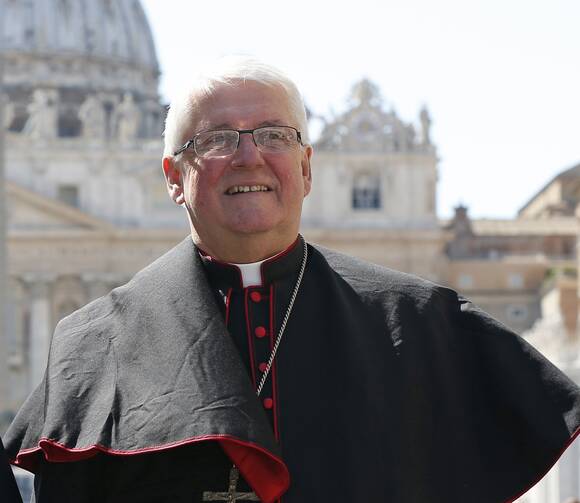 In a June 29 letter to Foreign Affairs Minister Chrystia Freeland, Bishop Douglas Crosby of Hamilton, president of the Canadian Conference of Catholic Bishops, expressed "profound concern" over a speech Freeland gave to the House of Commons June 6. He criticized Freeland for equating women's rights with a right to abortion and sexual reproductive rights and claiming these rights "are at the core of Canadian foreign policy."

Bishop Crosby's letter vehemently disagreed that abortion is "at the core" of Canada's foreign policy, which has focused on "international peace, just order, free trade, foreign aid and global stability."

"While the Catholic bishops of Canada share your concern for advancing the respect and dignity of women—an issue to which the Canadian Conference of Catholic Bishops and Catholics give great importance—we feel the need to point out, with all due respect, that your statement above is erroneous, confusing and misguided."

Bishop Crosby noted that many important women's issues are being "passed over in silence."

"They include Canada's economic partnerships with countries in which female infants are murdered for not being male; those in which women earn less than men for the same job or where they do not enjoy the same privileges under the law, including the right to education or protection from rape, physical violence, and other forms of abuse.

"Canadians recognize these as grave violations of human rights—indeed, as heinous crimes in certain instances—far more readily and unanimously than opposition to abortion and artificial contraception," the bishop wrote.

He noted health risks of abortion and some contraceptive methods and challenged the idea that abortion is "a Canadian value" or a right.

"How could such a statement be made in Parliament when the Supreme Court of Canada itself held in R. v Morgentaler (1988) that there was no constitutional basis in the Charter for the right to abortion on demand?" he asked.

Bishop Crosby also claimed Freeland's policy on overseas abortion contradicted the position the minister took elsewhere in her speech, when she claimed it is not Canada's "role to impose our values around the world."

There is no consensus on abortion both at home and abroad, the CCCB president stressed.

"More specifically, with respect to a foreign policy based on abortion advocacy and 'sexual reproductive rights,' has Canada forgotten that for a considerable population (both within Canada and abroad) the unborn child is regarded as a human being created by God and worthy of life and love?" he asked.

"This moral position can be found among Jews, Muslims, Hindus, Orthodox Christians, a number of Protestant Christians, Roman and Eastern Catholics, in addition to many other people of good will, including nonbelievers."

Bishop Crosby's letter questioned "whether it was wise or responsible" to place abortion advocacy and sexual reproductive rights at the core of Canadian foreign policy, "knowing full well that they are not only legally contentious but completely contrary to the deeply held convictions of many, both within and beyond Canada's borders."

"In these uncertain times, when Canada's voice and leadership do matter on everything from climate change to global peace, political ideology cannot be allowed to dictate foreign policy and to override common sense and our humanitarian responsibilities to those in dire need," he wrote.