What Pope Francis’ apology would mean for Canada’s indigenous people 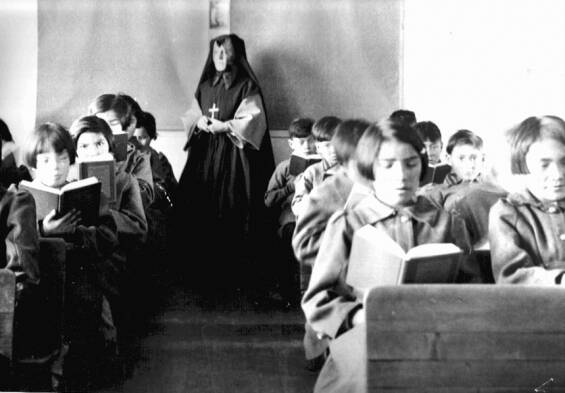 Students from Fort Albany Residential School reading in class overseen by a nun, circa 1945. From the Edmund Metatawabin collection at the University of Algoma. (Wikimedia Commons)

As an indigenous person who works for the Catholic Church and lives on a reservation in Canada, I have pondered the value of an apology from Pope Francis to the former students of the residential schools for indigenous children, which operated from the late 19th century until only a few decades ago. Though my parents and older sister attended these boarding schools, they never told me about their experience. Friends had spoken to me about how strict teachers were at boarding schools in other parts of the world, but I was ignorant about the Indian residential schools in my own country until I heard the horror stories.

I was ignorant about the Indian residential schools in my own country until I heard the horror stories.

For over a century, the federal government separated young native children from their families and placed them in schools where they were sexually abused, physically abused, spiritually abused and mentally abused, often by religious people. Instead of receiving love, the children were punished for being native. To be fair, not all teachers and administrators of these schools were cruel, and I know there were also good people who helped the students as much as they could. But it was to the advantage of the colonial government to use something like the Catholic rite of exorcism to take the “Indian” out of the child. In this way, Christian churches served as instruments of cultural genocide.

I have heard, read and watched many apologies to survivors of the Indian residential schools from church entities that were implicated in the system. These statements are rarely covered by the mainstream media. In 2008, when Prime Minister Stephen Harper apologized on national television to former boarding school students for the harsh treatment they received, he seemed to be sincere. Afterward, there was talk about improving the lives of First Nations people, but this faded away along with the newscast, out of the minds of average Canadians who do not know the indigenous history of Canada and how colonization ruined so many native people’s lives.

Would an apology from the pope be different? I believe it would be.

In 2015, the Truth and Reconciliation Commission of Canada included among its 94 “calls to action” an apology from the Catholic Church—delivered by the pope in Canada. There is a logic behind this request. A sincere and heartfelt apology from the Holy Father to the First Nations people would carry a great deal of significance for the former residential school students who were hurt by members of the Catholic Church and other Christian denominations.

It may also be the spark needed to move Canadians to learn about indigenous history and to do the hard work that is needed to bring about reconciliation in Canada. The commission’s final report calls on churches “to develop ongoing education strategies to ensure that their respective congregations learn about their church’s role in colonization, the history and legacy of residential schools, and why apologies to former residential school students, their families, and communities were necessary.” An apology from Pope Francis could inspire Catholics and Christians to listen to this call and to act on it.

I would accept this apology on behalf of my deceased parents and sister, who passed away before the conclusion of the Truth and Reconciliation Commission. Though I will never know exactly what they experienced in the residential schools, I believe an acknowledgment by Pope Francis of wrongdoing by the church would give peace to their souls. I pray it would move all Canadians to work for the justice and reconciliation so sorely needed by the indigenous people of Canada. 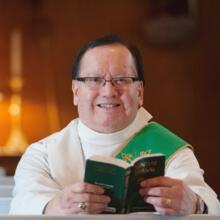 Rennie Nahanee is an ordained deacon at St. Paul’s Catholic Church in North Vancouver and a member of the Squamish Nation.