Does the truth matter? This is no longer a theoretical question. 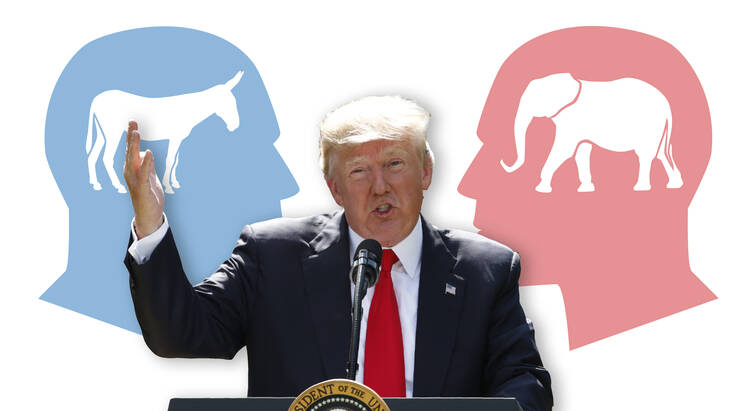 If you occasionally feel like you are binge-watching history, you are not alone. These are remarkable times for both our politics and our culture, and the stakes seem to be rising all the time. It is not merely that social norms are routinely shattered; it often feels as if the rules do not matter at all anymore.

Even before the end of the last presidential campaign, it was obvious that we had entered a post-factual era in politics. This was, after all, a campaign in which a presidential candidate trafficked in “scoops” from The National Enquirer and openly suggested that his rival’s father may have been involved in the assassination of John F. Kennedy—and got away with it. But, if anything, the pace seems to be accelerating, as cable networks, radio hosts and websites continue to peddle bizarre conspiracy theories even after they have been debunked.

We now find ourselves awash in fabulism, fake news and outright lies, some of them coming from the White House itself.

At one time, really not that long ago, our culture, institutions and traditions provided guardrails for our politics, limiting the impact of the most dishonest or most reckless voices. But in the age of social media, those rails are gone, along with the gatekeepers of fact. The result is that we now find ourselves awash in fabulism, fake news and outright lies, some of them coming from the White House itself. Indeed, even as we wrestle with our political divisions, one of the most consequential questions we now face is whether truth matters anymore. This is no longer a theoretical question for postmodern academics. It is increasingly an existential question for our democracy.

I keep coming back to a tweet from the Russian dissident and chess grandmaster Garry Kasparov, who wrote: “The point of modern propaganda isn’t only to misinform or push an agenda. It is to exhaust your critical thinking, to annihilate truth.” Mr. Kasparov understands that the real threat of the flood of “alternative facts” is that many voters will simply shrug, ask, “What is truth?” and, like Pontius Pilate, not wait for an answer.

The real threat of the flood of “alternative facts” is that many voters will simply shrug, ask, “What is truth ?” and, like Pontius Pilate, not wait for an answer

We might assume that people naturally want to seek out information that is true, but this turns out to be a basic misunderstanding of the human psyche and our new tribal politics. The social psychologist Jonathan Haidt describes the power of tribalism in shaping our ideas about truth. “Once people join a political team,” he writes in The Righteous Mind, “they get ensnared in its moral matrix. They see confirmation of their grand narrative everywhere, and it’s difficult—perhaps impossible—to convince them that they are wrong if you argue with them from outside the matrix.”

Many voters use information not to discover what is true, but rather to reinforce their relationship to their political tribe.

Mr. Haidt also cites the work of his fellow social psychologist Tom Gilovich, who studies the cognitive mechanisms of strange beliefs. If we want to believe something, Mr. Gilovich says, we ask, “Can I believe it?” and we need only a single piece of evidence, no matter its provenance, so “we can stop thinking” because we “now have permission to believe” what we want. The flip side is that when we are confronted with uncomfortable or unwanted information that we do not want to believe, we ask, “Must I believe?” and look for a reason to reject the argument or fact. Again, only a single piece of data is necessary “to unlock the handcuffs of must.”

As a talk show host, I saw this first hand. When then-candidate Donald J. Trump claimed “thousands” of American Muslims had celebrated the attacks of Sept. 11, 2001, many of my listeners believed them—because they wanted to. This suggests that the solution (if there is one) lies less in the media than in ourselves. Fake news, like politicians who deceive, will remain a fact of life. The only antidote is an educated, critically minded electorate who can see through the hoaxes and separate fact from propaganda. But, most important, we need a citizenry that believes that truth matters—and matters urgently. 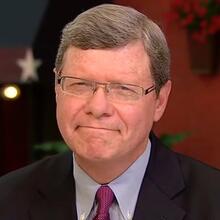 Charles Sykes is a conservative commentator and the author of the forthcoming book How the Right Lost Its Mind, to be published by St. Martin’s Press in October.

Charlie,
At times watching news reports I have flashbacks to John Dean's testimony on Watergate. I called in sick for work while he was testifying so I could watch history unfold. Once that snowball started getting up speed (when the tapes were revealed) you had the sense that nothing was going to stop it. Lie after lie after lie was revealed. What I worry about today is that we have heard so many lies (bald-faced lies in most cases) that every time new ones are revealed we become more and more desensitized to them. "Oh well, there's another lie no one will be held accountable for." Any one of these lies would sink any politician that was held to a code of morality. But what can you do when politicians don't have a moral code anymore? Fake news. Alternative facts. Science is just theories not facts. Arghhh!

Mr Sykes is an anti Trumper conservative who distorts things to belittle Trump. Mr Sykes is not a stellar distributor of the truth. Ironic that he writes on truth.

Now Trump can be criticized for lots of things but not what Mr. Sykes points to. The example he uses of this, bringing up the American Muslims celebrating 9/11 is at best a non issue. Why point to this inconsequential issue.

Why was he chosen by America to write about truth. Is the person in their sites Trump himself? As I said the example is irrelevant. This hardly says that truth is an issue with Trump. It's like saying he jaywalked.

Fake News is rampant all over the place in the traditional media. I listed dozens of examples a couple months ago and they were cut because the comment was too long. Since that time there has been dozens more of fake News and narratives in the major press outlets that invariably are anti Trump.

And I can list a dozen things I disagree with Trump on.

By interesting coincidence, an item from today’s Wall Street Journal, by Douglas Belkin, who covers higher education: At more than half of 200 American public colleges and universities, at least a third of seniors were unable to make a cohesive argument, assess the quality of evidence in a document or interpret data in a table, The Wall Street Journal found after reviewing the latest results from the College Learning Assessment Plus (CLA+) exams administered between 2013 and 2016.

Politicians of both major parties are aware of this, and thus feel free to say, or promise, or predict, whatever appeals to their target electorate. As Sykes writes, “The only antidote is an educated, critically minded electorate who can see through the hoaxes and separate fact from propaganda.”

Have billion dollar incomes overthrown the media, government and mass attendance? In 1965, America had news anchor Walter Cronkite, identified in public opinion polls as the man Americans most trusted. Trust in government peaked in 1964 at 77%. Mass attendance peaked in 1965 at 55%. Stock buybacks were virtually illegal in 1965, and the top 1400 incomes faced a 90% federal income tax rate.

In 2017, we have fake news instead of Cronkite. Trust in government and mass attendance flounder at 20%. Stock buybacks in 2017 will likely reach 4% of GDP and the federal income tax rate on the top 1400 incomes has fallen off a cliff.

What an excellent article, one that really points to one of the very worrying aspects of our modern politic in this country today. My only disappointment is that the author did not provide an example from the other side to highlight how much recent times have moved many towards tribalist partisantism.

In the last two decades or so, Fox news has always been a popular example of an avenue for confirmation of biases, where any argument from the outside was drowned out. Much to my disappointment it seems that the other 24 hour cable news channels, instead of being a paragon of integrity and journalism, have followed the Fox news model and begun hyping up tribalism from the other side of the aisle.

A popular example would be the Russia interference narrative. Which is feeding off anti-trump sentiment and conveniently redirects the conversation of how Clinton lost Obama voters in the Rust belt. Unless you subscribe to the tribal matrix, it's only too easy to join the rest of the world in laughing at what a spectacle our daily political lives have become.

Not only do the prime time movers such as maddow play on this narrative through poorly sourced leaks complete with Glenn beck chalkboardesque connecting of names with who did what with who, but we seem to have lost the historical irony of our own roles in history. Merely a generation ago the CIA overthrew the democratically elected government of Iran. Countless other examples throughout the world tell a similar story.

But still there is obsession over all types of fake news. It's news you want to hear if you're part of the team. Putin did not remove Clinton's rust belt campaign agenda from her calendar. And on the other hand, the idea that millions of illegal immigrants voted illegally as the reason for Trump losing the popular vote is equally absurd. These absurdities are not the exception but now the new rule everyday browse all the different news agencies and newspapers and you'll see what each mouthpiece is showing their tribe.

These stories are conveniently positioned to prevent the much needed reform that needs to happen to our political parties.

And yet, like the author has stated quite eloquently, we are in an era of tribal matrices. Where there is always a confirmation for one held position, always a perfect argument against critics, and very little exposure of actual critical thinking disagreements in dialogue with the "in" crowd or tribe. It's alarmingly cult like to see this occur to both Republicans and now also the Democrats. The casualty of this war is integrity and dialogue.

We need to get back to honest debate and decent well-thought criticism of both president Trump and the opposition party. The circus of the last campaign season has not ended after the election and I fear if changes are not made can cause even more harm to our country.