Pro-life goals need to be more ambitious than opposing abortion 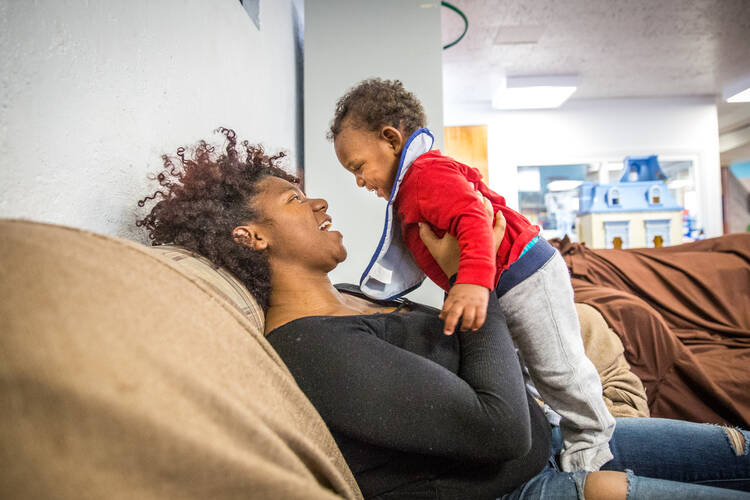 At the beginning of April, the State Department announced that it would withhold funding from the United Nations Population Fund because of its connection with population control programs in China that involve coercive abortions and sterilizations. This decision was met with praise from pro-life groups. Cardinal Timothy Dolan, chair of the U.S. bishops’ Committee on Pro-Life Activities, called it “a victory for women and children across the globe, as well as for U.S. taxpayers.” But pro-choice advocates have said that the defunding would lead to a crisis in women’s and maternal health in developing countries.

Both the Trump administration’s decision and the responses to it are following a familiar script, last played out shortly after the inauguration, when the “Mexico City policy,” which blocks federal funding for international organizations that provide or promote abortions, was reinstated. While political rhetoric treats whatever changed most recently as either a definitive victory or an outrageous affront, in fact these policy changes have predictably tracked the sitting president’s party-line positions on abortion. President Trump is not mounting a new assault on women’s health; he is reinstating the established policy of the three previous Republican administrations.

While pro-choice opposition to these policies is predictable, pro-life advocates nevertheless may be able to learn something important from it. As necessary as opposition to abortion and funding for it are, they are not sufficient pro-life goals, especially when achieving them eliminates support for other programs that support maternal health. The pro-life community should find ways to demonstrate the depth of its commitment to the well-being of women and children at every stage of life.

The pro-life community should find ways to demonstrate the depth of its commitment to the well-being of women and children at every stage of life.

It has been too easy for defenders of abortion to depict pro-lifers as driven by atavistic desires to control women’s reproduction rather than by recognition of and respect for human life at its earliest stages. It has also been too easy for pro-choice advocates to portray themselves as the exclusive supporters of women by focusing primarily on support for abortion.

The Editors: Litmus tests lead to mediocre politics and voter disengagement
The Editors

Pro-life supporters need to ask for more from political leaders who want to be on the side of life: not just the defunding of organizations connected to abortion but also major increases in funding for other women’s health initiatives; not just legislative opposition to abortion but also passionate opposition to health care reform that would gut coverage for maternity care; not just the appointment of Supreme Court justices who may reverse Roe v. Wade but also leadership in advocating for parental leave and support for working families.

By demonstrating more coherent and consistent pro-life convictions, these goals may help open the hearts and minds of Americans to recognize the need to protect unborn life and offer women a better choice than abortion.

The editorial title proclaims as if it were true that "Pro-life goals need to be more ambitious than opposing abortions." This editorial demonstrates the profound lack of understanding and insight on why the primary goal and importance of the pro-life movement needs to remain to legally limit and eventually stop all abortions by moral, legal and political persuasion. Sticking to the tradition definition, goals and focus of the pro-life movements is epically ambitious and does not need to be arbitrarily expanded into other social and political concerns. Pro-life movement is not based on Catholic social teachings but on the fundamental recognition and morality common to Catholics and non-Catholics that the unborn are human lives that should be protected by society. The Pro-life movement is based on fundamental morality and the urgent need of directly promote the legal right to preserve the life of the unborn. "Pro-life" is not a political metaphor for more or enhanced government social programs. Social and political activism are separate concerns that are not Pro-life. The pro-life concern is solely about preserving actual life of the unborn.

The editorial implied insular view and criticism that the pro-life movement is not effective is not reasonably based on fact or understanding. In fact the pro-life movement is day by day increasingly successful in limiting abortions and gaining wider voter support. This is not the 1970s anymore with abortion in its hay day. More and more voters are coming to the realization that abortion is morally wrong and abortions should be limited and eventually should be legally stopped. Catholic pro-life voters have joined with Protestant and other non-Catholic pro-life voters in a common cause with goals common to all. The last Presidential election demonstrated the growth and effectiveness of all pro-life voters together electing a strongly pro-life President. This unity of purpose is the success needs to be built on until there is pro-life voting majorities in every state influencing legal decisions toward limiting and ending abortions. Any diversion by redefining what pro-life goals only undermines the continued unity and success of pro-life movement in limiting abortions and making the life of the unborn the moral choice of society again.

Redefining the traditional meaning of pro-life movement in opposition to abortion muddles and confuses the public forum on what the pro-life meaning and purpose is all about and thereby undermines the important and needed clarity of the Pro-life message that abortion is profoundly morally wrong and must be legally stopped . The goal must remain clear that society individually and collectively must legally end the institution of abortion just as the institution of slavery was ended after decades of contention in the 1860s.

The editorial implicitly assumes that the 1973 Roe v. Wade Supreme Court Decision will always be the law of the land. That assumption is wrong and shows a lack of imagination. The interpretation of the Supreme Court of a prior day are overturned by Supreme Courts of a later day based on fresh information. For example it is possible a new Supreme Court could rule based on new presentation of facts not available in 1973 Roe v Wade Supreme Court decision. There are numerous legal possibilities that would limit or stop abortions. But limiting or stopping abortions must remain the sole goal and purpose of the pro-life movement.

Tom
Brilliant response. Thank you. Your commentary is actually the type of writing we should see in a Catholic magazine. The article is nothing more than a red-herring wrapped in a straw man. The singleness of purpose of the pro-life movement is its greatest strength. Regardless of the tools it uses (defunding, political pressure, education etc), its goal is to eradicate abortion, period. It has no interest, responsibility or business in making sure the world has a better lemonade stand.
Jack Fitz

Thank you Jack for your kind comments. I appreciate your understanding response.

As a bleeding-heart liberal, I appreciated the message here. It's true that people in the pro-choice world see strident "pro-life" persons as the worst kind of hypocrites -- screeching about the sanctity of life with one side of their forked tongue while screaming on the other side to take away housing assistance, tuition assistance, medical services and more from struggling young parents.

Are you aware that the poorest demographic group in the nation is that of single mothers? Does anyone here even know what it means to be one? To be kicked out of your home by either holier-than-thou parents or to be running away from abuse? We have a young friend who was impregnated as a teenager by her stepfather. What is your answer for her trauma and her pregnancy and her future? Would you support Medicaid mental health care for her? Reading the long, judgmental, holier-than-thou comment of Tom Maher, I'd have to say that the majority of the religious community would not.

While the pro-life community pats itself on the back as being the champions of the unborn, they say nothing at all about the life of the mother, as if she didn't exist, as if she doesn't count. She's the sinner, after all, who got pregnant. If her life now consists of decades of poverty and desperation, then she deserves it. That is the underlying message from religious-right groups who do NOTHING to actually help the baby (and mother -- she's still there afterward, believe it or not) after it is born. I would have so much more respect for the pro-life community if they had compassion at all for the mother as a person, rather than a temporary baby vessel to be judged, shamed, and shackled to a life of despair.

Sorry but abortions are not excusive to poor women. The majority of abortions are not due to women being poor. But any woman on their own has the choice of avoiding the senseless ritual of having a baby only to then destroy the baby by abortion. Choose life. More government programs, such as they are, do not motivate a poor woman not to have an abortion. The choice of life is not motivated by economic calculations but rather a moral recognition that abortion -- the taking of an unborn baby's life -- is wrong and must be avoided. New government programs are not Pro-life since they have nothing to do with having or not having an abortion. The Pro-Life decision is a moral decision of the individual that abortion must be avoided by alternate means that preserve the unborn baby's life. All the government programs in the world will not prevent abortions if a woman does not choose and value the life of the unborn. Government programs do not encourage or cause a woman to choose life in any significant way. It is a materialistic illusion that more government programs will motivate an individual to make the moral decision to choose life.

I find it amazing that you dismiss government programs as influential in the decision to continue or not continue a pregnancy. The financial aspects of pregnancy and having a baby are very important. "Moral recognition that abortion is wrong" is so much pious blather because having a baby is a $200,000 decision and money is obviously a consideration in making that decision.