Who has the most influential moral voice in the United States today? Our readers told us.

Who has the most influential moral voice in the United States today? Our readers told us. 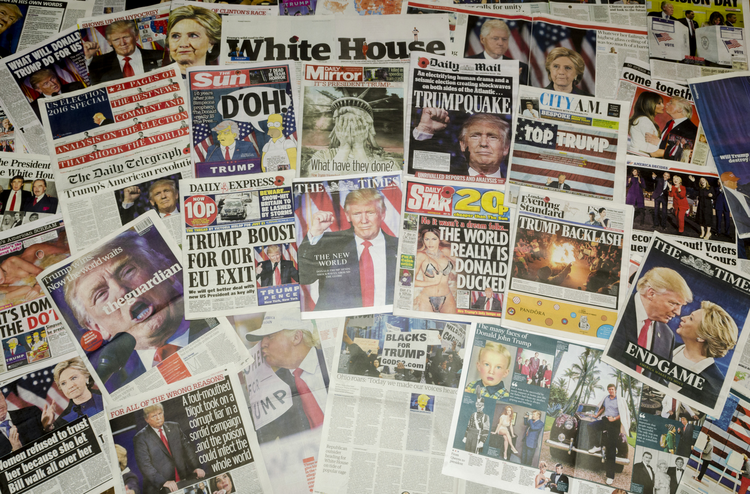 Who has the most influential moral voice in the United States?

At a time of increasing polarization and fractured institutions, America asked a sample of readers who they think has the strongest moral influence in the United States today. A clear frontrunner in the minds of our readers was the category “activists and community leaders,” which won 43 percent of votes, followed by leaders in the media (20 percent).

When asked to explain why activists and community leaders have such an influential moral voice, readers highlighted their perceived authenticity. Liz Burkemper of St. Louis, Mo., said: “People listen to those who are talking the talk and walking the walk. You become influential when you relentlessly and unwaveringly pursue what's right.” Linda Rooney corroborated this point, commenting that activists “are ordinary men and women with little to gain except the satisfaction of seeing something unjust changed…. It has been activists and community leaders who have called us to examine our consciences.”

While readers between 58 and 80 were more likely than any other age group to think that activists and community leaders currently hold the most moral influence, readers in the 18-to-33 bracket were more likely than other groups to judge media leaders as most influential. One such reader from Virginia told America: “Media leaders strongly influence people's ethical views because people hear their messages more often than anyone else. While churchgoing Americans (who are declining) hear the messages of religious leaders about once a week.”

Although many readers praised the influence of community leaders and activists, when asked who they would choose to have the utmost moral influence in the United States, most readers (54 percent) said religious leaders. One reader explained: “The church has a prophetic role to be a moral guide for society…. I would certainly look at Martin Luther King Jr. as one of the best examples within this group.” Jeanne LaBelle of Rhode Island also made this choice but noted that there should be no single group with all moral authority. “The moral voice of those that choose good over evil is the voice we need to hear,” said Ms. LaBelle. “It needs to come from all categories.”