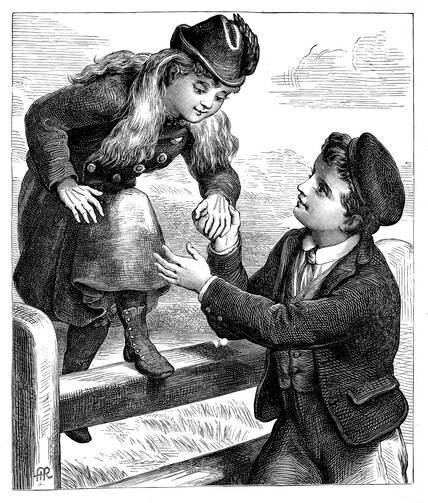 As a moral philosopher, I spend much of my time teaching and writing about controversial ethical issues. How do the criteria of just war theory apply to the new world of atomic, biological and chemical weapons? Should a Catholic hospital administer the morning-after pill to a rape victim? Does the rightful refusal of extraordinary means of medical treatment ever include the refusal of artificial nutrition and hydration?

Professional philosophers often feel isolated from the general public. Few non-philosophers are interested in the latest twist in postmodern hermeneutics or in the Gettier counterexample. But the popular media cannot get enough philosophical commentary on the moral issues that crash into the political order. Was President Donald J. Trump’s strike on the Syrian airbase justified? What about George W. Bush’s policy on stem cell research? Some years ago it was fashionable to use “lifeboat” cases in general ethics courses for undergraduates: “You are 20 in a lifeboat with only three days’ worth of provisions. Whom do you throw overboard to maximize the chances of survival for some?”

Unfortunately, this focus on gut-wrenching ethical dilemmas has distorted our vision of the moral life. One can easily have the impression that every moral decision is an ambiguous, terrifying choice between competing goods right out of a tragedy of Corneille. But everyday life is full of gentler, more obvious choices that determine the moral texture of our social lives together. One of these hidden areas is the realm of politeness.

Much of our daily life revolves around our reaction to polite or impolite behavior.

Politeness is rarely the object of ethical analysis. (Interestingly, it is women who have pioneered the field of politeness arbitration: Amy Vanderbilt, Letitia Baldridge, Miss Manners.) Yet much of our daily life revolves around our reaction to polite or impolite behavior. We are irritated by the faculty colleague who continually interrupts us in departmental meetings. We know which nephew sends a thank-you note for a gift and which nephew does not. Shortly before Easter I visited our local DMV office, a place not renowned for courtly manners. I was impressed by the courtesy of the clerk as she processed my papers, explained the fees, suggested an allergy remedy and wished me a happy weekend. On Easter morning I passed by the playing fields of Loyola on my way to the university chapel for Mass. I wished a happy Easter to a woman walking her Chihuahua on the campus. She muttered back, “How would you like my dog to sic you?” So much for Easter joy.

Our theoretical aloofness from politeness might be tied to the frequent reduction of politeness to rule of etiquette. If it is simply a matter of when to use the right fork or of using the proper formula of condolences, politeness would be of little account. Polite behavior can easily degenerate into unctuous flattery. An entire book can be written on the Eddie-Haskell-ization of polite behavior in American suburban culture. But every virtue has its parody. The easy caricature of politeness by the sycophant cannot eliminate the moral seriousness and social necessity of authentic courtesy.

Behind all the gestures of politeness lies a fundamental respect for the dignity of other persons. A mature moral agent does not use language or gestures that insult another person. One can vigorously disagree with another person’s positions. One cannot demean the person himself or herself. Politicians and journalists were once warned to avoid ad hominem arguments in their work. (Gratuitous editorial remark: Were the endless debates in last year’s presidential campaign anything other than a string of ad hominem assaults?)

Politeness also respects the debt one owes to other persons for one’s own happiness and achievements. It is striking how many current television programs specialize in the glamorization of resentment. A procession of angry people unleash their criticism of their parents, their teachers or their doctors in front of a cajoling host. Where are the programs where we thank that patient parent or devoted teacher? Without gratitude, our soul shrivels and our civic life deteriorates into mutual recrimination. Authentic politeness springs from the gratitude we acknowledge for the gifts given us by other persons.

In its mature form politeness is a species of charity.

In its mature form politeness is a species of charity. In the contemporary church, we seem to be searching for a deeper spirituality of hospitality. But the very term “hospitality” seems rather pale. What we seek is something more than a cozy loveseat by the hearth. Politeness opens our heart to see and respond to the needs of those in difficulty. A good conversationalist knows how to draw out the silent guest and how to avoid topics that provoke anger (Amy Vanderbilt was right about the danger of diving into partisan politics). The polite person exercises a steely asceticism out of love for the wounded other person. The sick must be visited, the grief-stricken must be comforted and the unexpected guest welcomed. An evening at the cinema or before the computer screen can be readily sacrificed for such quiet goods. The discreet charity of the polite is a major grace.

Yes, I need to remember this. Thank you. I'm reminded of Hilaire Belloc's "Of Courtesy it is much less / Than Courage of Heart or Holiness / Yet in my walks it seems to me / That the Grace of God is in Courtesy. ....." Enjoy.

Good article. Somehow "politeness" has come to sound insufferably Edwardian, or even (gasp) Victorian! So we tend to use "civil discourse" instead, although that sounds even more stuffy. Or, thanks to internet anonymity, we make a rapid descent rudeness, and no one can hold us accountable.

In your article the importance of joining of the idea of maturity with the idea of politeness is significant, in my opinion. The clever insult or put-down has been glamorized in literature since classical times and in our language, perhaps, gained entree into the most fashionable circles through highly respected media, such as the outputs of Shakespeare, Dr. Johnson, Alexander Pope, and others. But even when practiced by those celebrated authors, much of the shock value, or surprising incongruity, so necessary to perfect the humorous effect, seems to lie in the fundamental immaturity of the action when one is not expecting that level of immaturity. The mature action, of course, would be one which respected the person who is the object of the put-down. That the alternative behavior is so often preferred by even the cleverest is a testament to how hard it really is to behave virtuously when the behavior has not been the goal of some determined habit-forming.