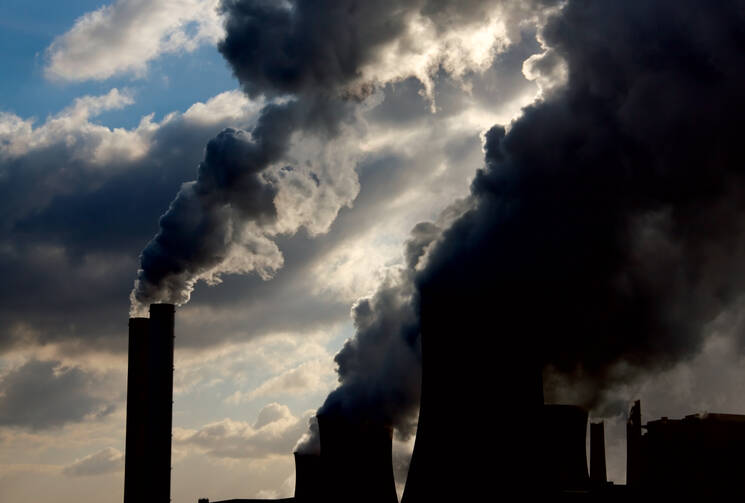 Donald J. Trump and the Republican-led U.S. Congress may have been stymied in reforming health care, but there is one area where the president can make big changes almost single-handedly: the environment. On March 28, Mr. Trump signed an executive order dismantling the Clean Power Plan, the centerpiece of the Obama administration’s policies to fight global warming, and lifting the requirement that federal policymakers consider the impact on climate change before approving environmental permits. When Earth Day is observed for the 47th time on April 22, there may be an air of disbelief that one election can change so much.

The reversals make it all but impossible to meet the commitments of the 2015 Paris Climate Agreement. They also defy the message of Pope Francis’ encyclical “Laudato Si’,” issued almost two years ago. In that document, the pope urged more collaborative efforts toward the protection of our “common home” and criticized the global community’s “weak responses” to the mistreatment and degradation of the earth.

The White House budget director, Mick Mulvaney, shared a different view at a press conference on March 16: “Regarding the question as to climate change, I think the president was fairly straightforward—we're not spending money on that anymore; we consider that to be a waste of your money. 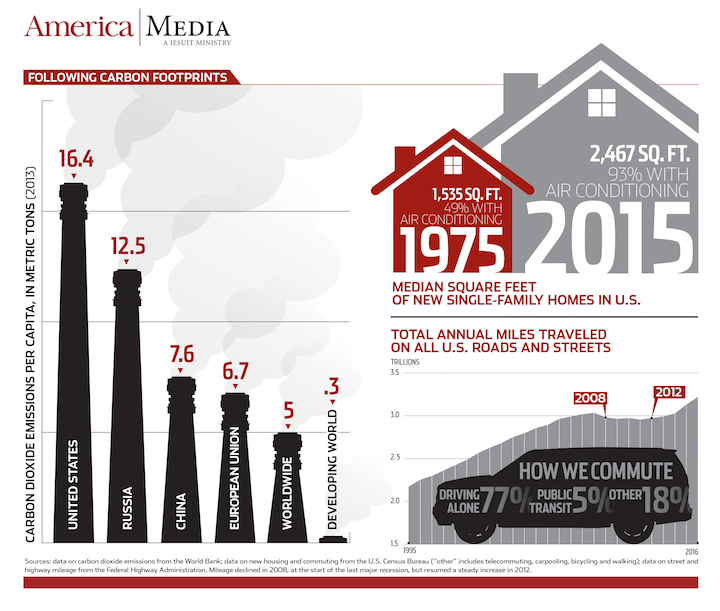 ”The Clean Power Plan was designed to shut down hundreds of coal-fired power plants and to encourage greater use of wind and solar energy. Dan Misleh, executive director of the Catholic Climate Covenant, charged that Mr. Trump's abandonment of the program “neither protects our common home nor promotes the common good.” Before gutting that program, the Trump administration had already repealed a federal initiative to impose higher fuel-economy standards on automakers.

The past three months have also seen a budget proposal that includes a massive cut to funding for the Environmental Protection Agency, the overturning of decisions to halt the controversial Keystone XL and Dakota Access oil pipelines, the scrapping of a rule barring surface-mining companies from polluting waterways and the lifting of a moratorium on coal leasing on federal lands.

Environmental and social-justice activists have condemned the Trump administration’s policy changes, but after last year’s election victories by the Republican Party, which has long promised to relax regulations on business and to revive the U.S. coal industry, their immediate goal is mobilizing public opinion. On April 29, a week after Earth Day, protesters will arrive in Washington, D.C, for the People’s Climate March to demand “action on the climate crisis.”

The Franciscan Action Network is among the Catholic groups organizing for the march. In addition, the Catholic Climate Covenant released a letter signed by 125 Catholic leaders in mid-February in support of the Clean Power Plan, and in March it collected 15,000 signatures on a petition to the White House supporting measures to fight global warming.

The Trump administration's abandonment of the Clean Power Plan “neither protects our common home nor promotes the common good.”

The U-turn on environmental policies comes as evidence mounts that climate change has already caused significant damage, from killing large sections of Australia’s Great Barrier Reef to causing severe drought in Africa. Yet there has also been some good news, at least until now. Even as the U.S. economy grows, emissions of carbon dioxide, the chief cause of global warming, have leveled off—largely because the manufacturing sector is burning less coal. (Mr. Trump has promised to revive the coal industry, but it seems unlikely that industries will go back after finding cheaper and cleaner alternatives.)

According to a March report from the World Economic Forum, it takes less and less energy to attain the same economic output as a result of improvements in technology and more use of renewable energy sources. The In ternational Energy Agency, an intergovernmental agency that counts the United States among its 29 members, also reported in March that global energy-related carbon dioxide emissions were flat for the third consecutive year in 2016, even with a growing economy. Emissions from the United States dropped by 3 percent; in China, the economy expanded by 6.7 percent but emissions fell by 1 percent, thanks in part to reduced reliance on coal.

But this trend is not happening fast enough to stop global warming in the near future, even under the Obama administration’s policies. Last month The Washington Post reported that carbon dioxide concentrations in the atmosphere climbed at a record pace in 2015 and 2016. Because the effects of greenhouse gases are cumulative, the concentration of carbon dioxide in the atmosphere and in the ocean can continue to increase even as emissions level off.

And there are indications that Americans have not taken the warnings of “Laudato Si’” to heart. Recession-era reports that they had reached and passed “peak driving” turned out to be premature, and Americans are again setting mileage records. Similarly, contrary to the idea that big cities are cool again, new U.S. Census data show that population growth is fastest in sprawling, low-density suburbs that require more driving and where new homes are getting bigger and bigger. Thanks to relatively cheap oil, Americans have also been buying bigger and less fuel-efficient cars—notwithstanding Pope Francis’ warning that the biggest threat to hope “is to believe that by having a big car you will be happy.” 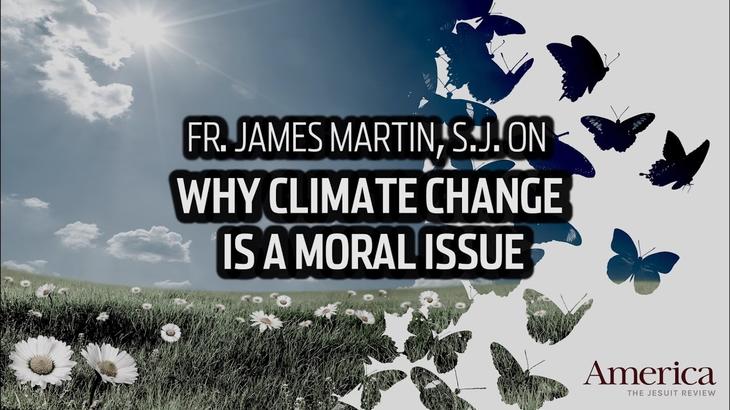