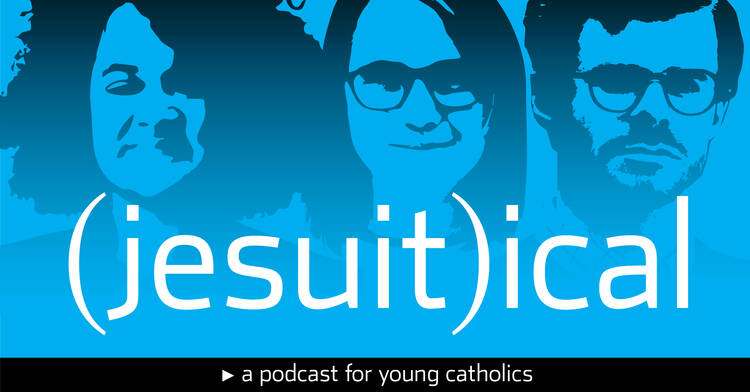 And in Signs of the Times, we discuss the Catholic high school that made millions off of Snapchat, Pope Francis says, "Get off Snapchat!" and we return to the age old question: Should you give a beggar money, even if “he just spends it on a glass of wine”?

Ashley and Zac are joined by Eloise Blondiau this week while Olga is on vacation.

The results of last week's Twitter poll are in, and Ashley's laugh is here to stay by popular demand:

We want to give a big thanks to our friends at Unorthodox, who gave a shoutout to jesuitical on their latest episode. If you don't know Unorthodox, it is a hilarious, thoughtful and irreverent (in the best way) podcast from the Jewish Tablet, and you should definitely subscribe.

And while you're in iTunes, why not hop over to jesuitical and leave us a review and rating? Not only do we value your feedback, but your reviews make it easier for other people to stumble upon the show.

Here's what the Vatican is doing for International Women's Day

Pope urges faithful to consult Bible as often as cellphones

The Vatican is going to be participating in SXSW