Can you be capitalist and a Catholic in the age of Pope Francis? 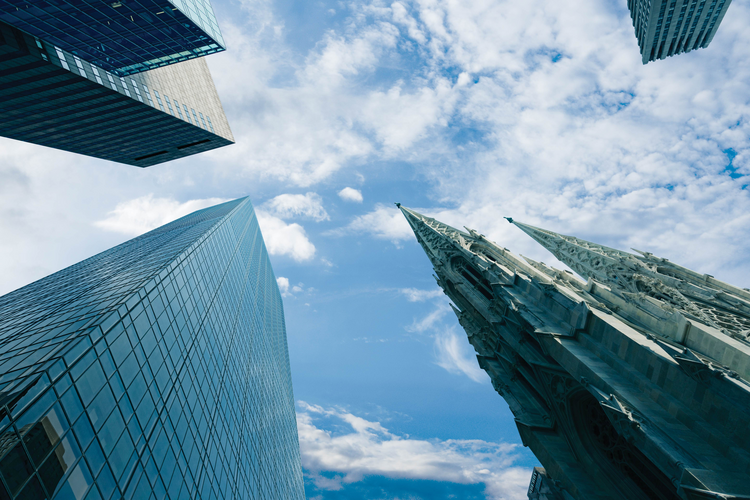 In conversation, Father Malone raised Pope Francis' well known critique of free enterprise, and asked if this critique is compatible with Brooks' perspective and moral concerns. "It's mixed, as you'd expect," said Brooks. "I look at a lot of these issues from the point of view of an American.... The greatest exemplar of free enterprise has been in the United States and it has not been in Argentina. So I understand that people come from a background that's not the same as mine that I have to be sympathetic to that. That's a basic question of empathy."

When [Pope Francis] writes about [economics] we have a tendency to go back and forth between matters of faith and morals, and issues of politics and democracy...conflating those two areas can be problematical.

Brooks went on to suggest that Catholics can mix morality and politics in an unhelpful way when listening to Pope Francis. "When [Pope Francis] writes about [economics] we have a tendency to go back and forth between matters of faith and morals, and issues of politics and democracy...Conflating those two areas, I think, can be problematical. So I think that my job—as a Catholic first and as a person who cares about capitalism in a distant second or 43rd place—is to try to work with my church in ways that we can spread the good things that free enterprise brings to other places and the rest of the world [and] clear up misunderstandings about it."

As he does in his feature article, Brooks also shared about his faith journey on the podcast, and commented on how his faith informs his approach to both economics and writing. "When you're getting your PhD in economics, they don't say 'make sure you weave this in with your faith....' When I hear the discourse that's coming out of the church I think there's a big misunderstanding about the goods of the free enterprise system. [That] ultimately becomes a chance to stand up. I have to say I've gotten a lot of feedback about this piece. Part of that is because America is an important magazine—it has a big place in the cultural dialogue—but part of it has to do with the fact that there are a lot of people who are coming out of the woodwork who said, 'Yeah, I think that too!'"

"If we can have a dialogue as people who love the Lord and talk about how everything in the Kingdom should be to glorify God and to serve our brothers and sisters, including the economic system, then I think this is the basis for a productive conversation."