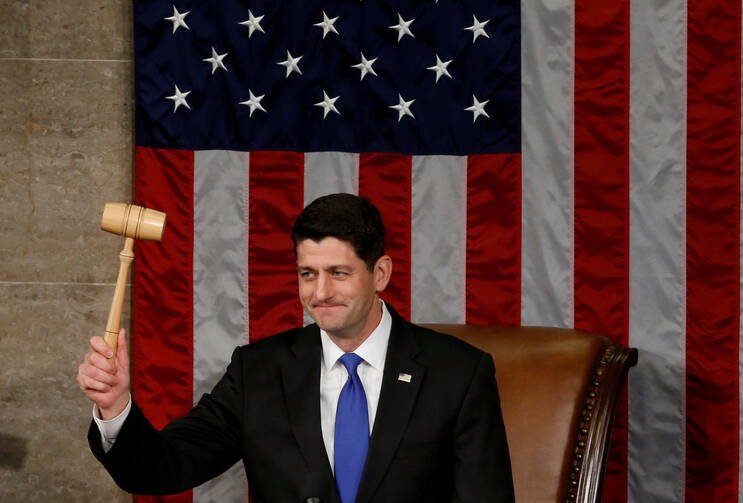 Donald J. Trump stirred hope in the hearts of longtime Washington watchers by holding high-profile meetings after his election with Democrats like Al Gore and Rahm Emanuel; he even sprinkled some praise on the opposition leader in the Senate, Chuck Schumer. Those of us who believe in the institutions of government grab at any hint that an effort is afoot to make them work again.

But do not expect a return to the days when comity could be coaxed with a little (or a lot) of bourbon and branch. That Washington is gone, probably forever—these members tipple sparkling water, not the strong stuff. And in some ways, it never really existed.

House Speaker Sam Rayburn’s storied “Board of Education” room, where members gathered for drinks and cards as the sun set, was largely a site for Democratic strategy sessions, a place to “educate” members about what the party expected of them, not a space to make peace with the other party at the end of a day of debate. Republicans met in their own “Clinic” during many of the long years of Speaker Rayburn’s reign.

But it is true that in the mid- to late 20th century, when Congress passed much of the legislation that shapes the modern United States, Democrats and Republicans would eventually come together to get it done. They could actually pass bills because they shared a common belief that the other side represented what they might consider a wrong-headed view but not an evil one. The Opposition, not The Enemy, sat across the aisle.

In today’s Capitol, for a host of reasons—families no longer move to Washington, safe districts encourage polarization, a hyperpartisan media inflames outrage—members of Congress condemn everything about the other side, from motives to methods. There is scant reason to believe that will change with the new Congress.

Take a look at a map of congressional districts following the November election and you will see parties that hail from two very different Americas. A broad swath of red covers most of the nation, with bits of blue interrupting it in New England, around big cities, in Hispanic areas of the West and along the entire Pacific Coast. Only 8 percent of House members come from districts that voted for the opposite party for president.

Why then would they talk to The Enemy, much less craft legislation with someone so foreign to their voters?

Then take a look at the members themselves. Heterosexual white men comprise 88 percent of the House Republican caucus, compared with just 39 percent of the Democratic one—making for a completely changed dynamic from the day when white male military veterans made up the vast majority of both parties.

Catholics Enjoy Peak Clout in Congress in 2017
The Editors

So even if these sparkling-water-sipping lawmakers suddenly switched to stronger stuff, instead of smoothing a path to civility the spirits would probably just make the dueling sides more bellicose.

Yet one small light shines in this darkness of gridlock spreading into the future. Unsurprisingly, it is shed by women. Still a tiny percentage of Congress relative to their share of the population—19 percent of the House, 21 percent of the Senate—the women on Capitol Hill do come together more often than their male colleagues.

That is especially true in the Senate, where under the leadership of now-retired Barbara Mikulski they have met regularly and learned to like each other. When the government shut down a few years back, it was women who started the conversations to break the deadlock. Practical-minded female politicians understood that the impasse affected real people. Their reaction: “Oh, for heaven’s sake!”

These women need support from more of us who share that reaction. And the Congress needs more women. Then maybe, just maybe, Washington would work again. 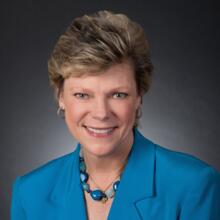 Cokie Roberts is a political commentator for NPR and ABC News.

Show Comments (
13
)
Comments are automatically closed two weeks after an article's initial publication. See our comments policy for more.
Alfred Chavez
5 years ago
I generally wouldn't vote for a PP or pro-abort candidate regardless of gender.
John Walton
5 years ago
Will do cartwheels when Anne Coulter runs for office. Could we arrange to have her run against Maureen Dowd?
Richard Booth
5 years ago
This is off-topic, John, but a race between those two scares me!!
Lisa Weber
5 years ago
I have never heard anything of value from Anne Coulter.
Lisa Weber
5 years ago
Congress needs more women simply to have a feminine point of view expressed in the leadership of the country. Women see things differently and have different concerns than men.
Kim Franke
5 years ago
I thought this might have been a good slogan during the election, Want change? Vote a woman. But the fear of playing the "woman card" in this patriarchy couldn't be mentioned. Hopefully more womens' voices along with their partners will refuse to remain silent when the welfare of our children and the very values of our country are being threatened.
Chuck Kotlarz
5 years ago
“Practical-minded female politicians understood that the (government shutdown) impasse affected real people.” Did anyone understand that $10,000 less income affected real people? In states that Clinton or Trump won by at least 55% of the popular vote, the average median household income of right-to-work states ran $10,000 less than states with no Right to Work law. Overall, twenty-four of twenty-six right-to-work states voted for Trump.
Larry Weisenthal
5 years ago
The most shocking result of the election was that 53% of white women voted for Donald Trump. It's simply unfathomable to me. There's an old, thoroughly horrible saying among men -- let's call it locker room talk. "Women -- the worse you treat them, the better they like it." Is there an actual kernel of truth to this? As I approach 70, I find myself realizing how much of the world I fail to understand. I'm thinking that I'm beginning to grasp how paternalistic organizations have managed to endure throughout history. It's not simply male oppression of women -- it's women willingly accepting subservience. There has to be a biological aspect to it. I'm choosing not to expand this to the issue of the role of women in the Church, which for me is no longer as clear an issue as it seemed, prior to November. This is not to stereotype all women -- I live in my own bubble world populated by strong, independent, ambitious women (thus explaining my shock over the breakdown in the voting demographics, cited above). But there is obviously a broad swath of female humanity which live outside my bubble. I post this rambling as a cautionary tale. I don't necessarily agree with Ms. Roberts that more women will lead to less hostility. When women are a small minority (1 in 5), I think there will be more collegiality than in situations where there numbers approach parity. Imagine a caucus populated entirely by women. 47% white Clinton voters and 53% white Trump voters. I personally don't believe that there would be a greater sense of collegiality than with similar proportions of men.
Beth Cioffoletti
5 years ago
The other day I was talking to an elderly and wealthy Republican woman who had voted for Trump. She voted for him out of habit, never expecting him to win and not wanting to vote Democratic. I don't remember how, but the topic came around to abortion. Men will never understand, she said, what women know. Not just how they are viewed and valued because of "sex", but how much their lives change because of children. Donald Trump is the epitome of the man who has no clue.
JR Cosgrove
5 years ago

Devout Catholic Woman, mother of four, with Irish names raised in an Italian home made Trump president of the United States

http://washex.am/2iXNp1k Oh she had some help but hiring her was the turning point. Everyone should read Zalena Zito, one of the best political commentators in the country.
Vincent Gaglione
5 years ago
I read the Washington Examiner article. It is the author who makes the claim that Conway is a devout Catholic, whatever that means. Certainly the fact that she is the “mother of four, with Irish names raised in an Italian home…” does not confirm that supposition. One of my good friends was raised in an Italian Protestant home! Author Zito is conservative. Catholic or not I do not know, and she would not be my go-to source for validity about the devoutness of any Catholic. I’ll leave anyone’s devoutness to the Almighty’s judgment! Ms. Conway is certainly bright, articulate, and nimble in interviews, able often to distract attention from penetrating questions with a smile and totally unrelated remarks. But that is her job. She is a public relations person, rather competent at her job. To my personal tastes I find her constant smile, hairdo’s and fashions a bit too smug, seemingly a Jersey girl trying to fit into the Trump Tower culture. Of one thing I am sure, from what I have seen and heard from her, Conway is not the type of woman to which Ms. Roberts refers in her article. Conway enjoys the repartee and conflict of partisan politics that never gives way to compromise and political movement. That she feels comfortable defending Trump despite his many negatives, such as his statement characterizing the Pope’s comments being “disgraceful”, does make me wonder about her judgments though I realize that she has a job to do. Akin to the famous stereotype of the whore with a heart of gold.
JR Cosgrove
5 years ago
Thank you for your comments. They are interesting and revealing. One is always fascinated by the character of an individual and their motives.
Joseph J Dunn
5 years ago
Ms. Roberts writes: "Take a look at a map of congressional districts following the November election and you will see parties that hail from two very different Americas." While I would agree that bipartisanship, and even statesmanship, have suffered in recent years, there is something at work here beyond partisan loyalty, geographic division, or the prevalence of males in Congress. Even at its founding, this nation had its divisions which required compromise. Look at the editing needed to get Jefferson's first draft of the Declaration of Independence into a final wording that reps from all thirteen colonies would sign. Today,as voters, do we--men and women--value and reward (with our votes) compromise that brings less-than-perfect progress, or do we prize unbending devotion to party platform?