Parishes could do more to support people with depression and anxiety, say America readers

Parishes could do more to support people with depression and anxiety, say America readers 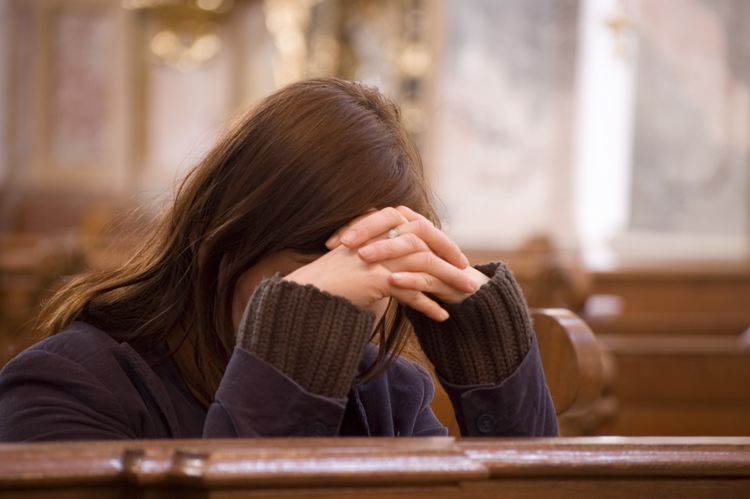 Did you receive support from your faith community while you were experiencing depression and/or anxiety?

America posed the above question in an attempt to get a sense of how mental distress can both affect and be affected by faith communities. Denise Drew Gallope wrote in response on our Facebook page: “A faith community can give support. But depression and anxiety, like other medical conditions, need to be addressed by a trained clinical psychologist or psychiatrist.” Many readers echoed this point in their answers, emphasizing that while support from a faith community can be valuable, it is in no way a substitute for professional help.

A narrow majority of our reader sample (56 percent) told America that they had not received support from their parishes for their depression or anxiety. A few readers noted that they had not sought out or, in rarer cases, even wanted this support from their faith communities. A more considerable proportion of readers underscored the difficulty of seeking this help during periods of mental distress and called for better outreach by parishes.

A significant obstacle for Catholics with depression and/or anxiety was the dangerous—and wrongful—interpretation of these conditions as spiritual failures. “It took me longer to recognize my depression as an actual mental illness, since I kept spiritualizing it,” one reader told America. “There should be more training for priests to recognize the distinction between sadness and depression. A gentle nudge in the confessional to explore counseling would have been helpful.” Another contingent described feeling rejected by their communities in their time of need, after they asked for support and did not receive it. From Massachusetts, Theresa recounted a painful interaction in her parish in which she was told “anxiety and depression indicated a lack of faith in God.”

What is the biggest obstacle to forming stable families?
Our readers

Forty-four percent of our reader sample told us that they had received support in their parishes while experiencing anxiety or depression and described the ways this had helped them alongside professional treatments. Thomas, of Michigan, expressed gratitude for the help he received from his parish while he was receiving professional help. “One of the first people I told about my first suicide attempt was my priest…. He encouraged me to keep up with therapy and medication and to fight for my will to live, even when I wanted to give up. Other members of the community were wonderful as well, holding my hands in prayer, being there to talk or just telling me that they're glad I'm here.” 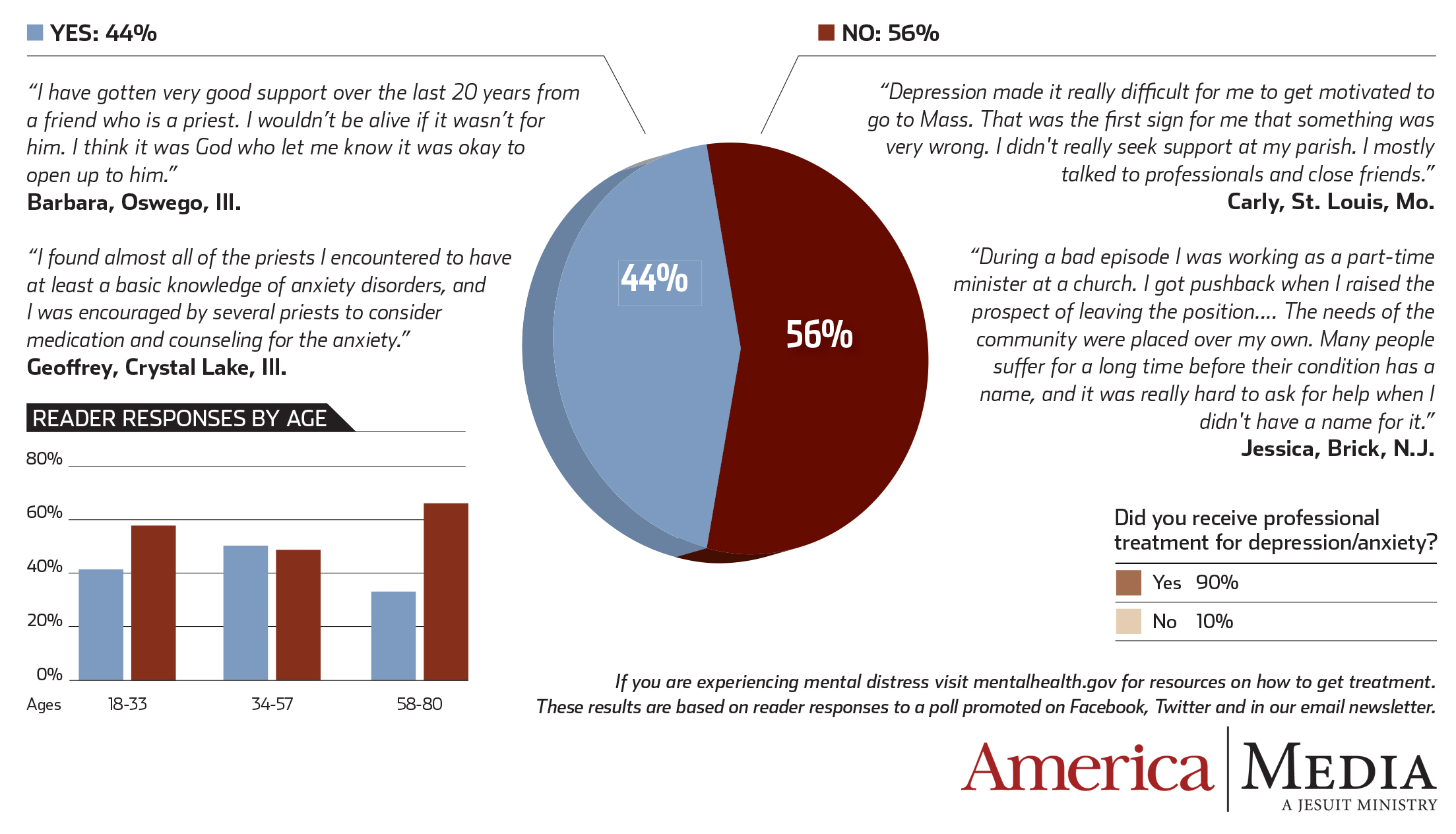 First time reading your articles...excellent..Just wanted to make a note regarding the article pertaining to Depression and Anxiety..you mentioned that they should seek professional help from trained Psychologist and or Psychiatrist..You were remiss in not including the professional work of Clinical Social Workers. We are a vast group of trained Therapist who also work with such clients in the Mental Health field. I think it would be important to include our profession in you articles going forward. Sincere thanks....Martha Otice, LCSW

This article also appeared in print, under the headline “Did you receive support from your faith community while you were experiencing depression and/or anxiety?,” in the May 29, 2017, issue.