What is the biggest obstacle to forming stable families? 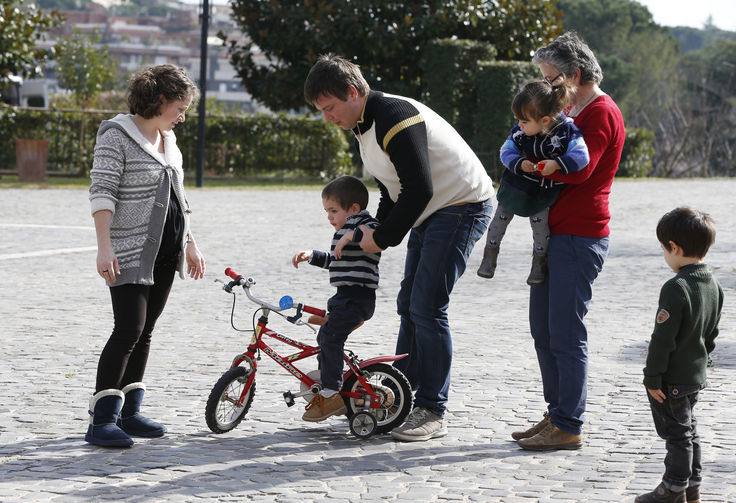 When we asked our readers about the greatest obstacle to forming stable families, respondents chose a range of answers, including work demands (19 percent), lack of affordable housing (9 percent) and poor education (13 percent). The results of our informal survey suggest that although many people are concerned about the challenges facing families, there is little consensus on how to address current problems.

The most common response (32 percent) was that the redefinition of marriage (which includes divorce and an “unwillingness to commit”) was to blame. Gregory Popcak, who has written for America (“Anxious Hearts,” 1/2/16), selected this answer. “Once marriage is redefined as a personal instead of a social institution,” said Mr. Popcak, “it makes no sense to stick it out through even moderately bad times.” He elaborated, “In this scenario, emotions, rather than principles, become the barometer for whether a couple stays together or not.”

Once marriage is redefined as a personal instead of a social institution, it makes no sense to stick it out through even moderately bad times.

Bridget Morningstar of Maine also chose this answer but approached family stability from an economic standpoint: “In rural Maine, impoverished parents often do not get married in the first place because they can get more government support as single parents…. A lack of formal commitment to begin with increases the chances of parents drifting apart.” Ms. Morningstar also noted that for those parents who can afford to marry, divorce is also a common choice later on.

Twenty percent of our respondents said that inadequate family leave policies and a lack of child care options posed the most significant threat to forming stable families. Kelly Swa of Ohio told America, “It is immensely challenging for families to build a strong foundation when new parents, during one of the most significant transition times of their lives, as well as one of the most physically and emotionally exhausting, must return to work within weeks of the baby's birth.” Ms. Swa added that the high cost of child care jeopardizes the financial security of parents, “creating stress that can affect the health of a family.” 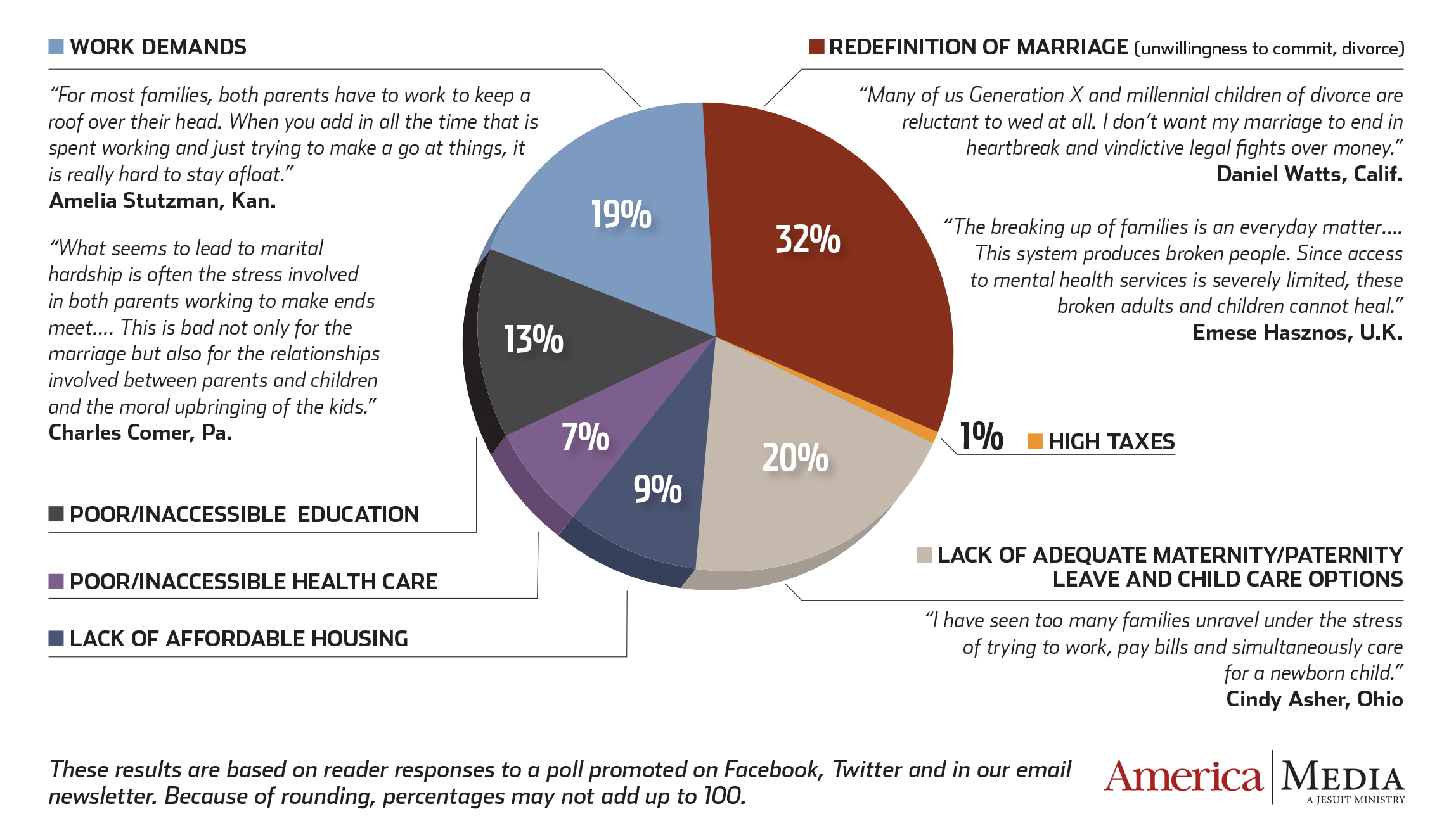 I suggest the authors on America research what leads to the stable upbringing of children. I assume when they mention family, they are referring to the presence of children.

I grew up in a time when I was surrounded by mostly stable families and healthcare was extremely poor relative to today, there was no family leave policies, education was available to everyone but was simpler than today, lived in modest housing and both parents worked their tails off (though the mother was in the home for the most part. My mother did have some part time jobs though there were 5 of us.)

So what causes the dysfunctional raising of children? It is not the issues listed..

Like J. Cosgrove, my parents worked in the 1950s when I was in Catholic elementary school. They were the 1980s couple in the 1950s. However, my parents always wanted one parent home all the time. So, my father worked the 6am to 2pm shift as a baker, and my mother worked the 4pm to 12 midnight shift as a assembly control operator for Pfizer drugs. Hence, when my father got home at about 3pm, my mother was leaving for work. Sometimes my grandmother had to baby sit so-to-speak for 30 minutes if my father was delayed. Once my brother and I became juniors in high school my mother worked the day shift. My father and mother worked for 33 years and they provided me with virtuous family values and the need to love God and neighbor.

Nevertheless, I can tell you that many couples during this time period sacrificed for their children. They worked hard and tried to do the best job they could for their children. However, some children lost their way, and this I can testify from the experiences of my larger wider family. Sometimes both parents and children become disadvantaged in some way and find it hard to come back to the right road in life. There are many sad stories. I judge not because 'for the grace of God, go I'.

I don't believe that the Benedict Option is the answer for our present secular culture. I think it is somewhat extreme. However, I don't criticize the ends and intentions of this movement.

I don't have the answers to our secular culture. However, I do believe that all of us must strive to be the person God is calling us to be. This means to become a light to the world in particular our families and friends but also for those less fortunate and who are burdened. As Pope Francis has said: We need to go out to the far boundaries of our communities and care for our neighbors in need. When we serve and love our neighbor, we serve and love God.