Is our gun culture compatible with democracy and freedom? 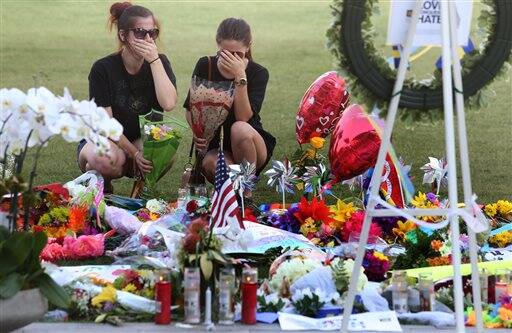 Shakespeare’s “Hamlet,” among many things, is a tale of paralyzing inaction in the face of violence. Confronted with the murder of his father, Hamlet is haunted by his dead father’s ghost and later by his own psyche, both of which beg him to do something. Yes, Hamlet must decide how he will enact revenge for his father, but the climax of the tragedy revolves around Hamlet’s existential choice of whether or not he will act at all.

Confronted with the ghosts of 20 children who were gunned down in their own elementary school, and most recently, the 49 members of the Latino L.G.B.T. community massacred at a nightclub in Orlando and the seemingly countless other victims of gun violence, gun control advocates and many Americans on both sides of the aisle are frustrated with our own collective inaction on gun issues in the face of carnage. A common place of blame often falls upon the politically powerful and well-connected National Rifle Association, an organization which many argue holds our politicians hostage. Firmin DeBrabander, who is a philosopher and the author of Do Guns Make Us Free?, argues that perhaps the problem goes “deeper than just one well-connected organization.” We, like Hamlet, first need to engage in a more existential and intimate debate about our collective cultural relationship with guns before we can hope for more legislation of their control. And, like Hamlet, our inaction is likely to spur on more and more bloodshed.

Gun regulation measures fail to capture the passion of the public for longer than a few weeks after a mass shooting. After the horror of Sandy Hook, the nation saw little change in gun laws—in fact, in many states it has become easier to buy a firearm and bring it into a public school.

No matter how many shootings, and no matter what gun control advocates argue, and no matter how convincingly, DeBrabander realizes it is likely to fall on deaf American ears as long as those Americans perceive that they must lose that which is most precious in the country’s mindset in order to curtail gun violence: freedom.

Like any good philosopher (or politician), DeBrabander rejects this fundamental premise of the situation. By engaging a wide gamut of (Western) political philosophers, from Rousseau and Machiavelli to Judith Butler and Thomas Jefferson, DeBrabander successfully assesses the clash of core democratic principles—freedoms of speech, of assembly and from tyranny—and the environment that our obsession with gun ownership creates.

DeBrabander convincingly argues that guns are restricting freedom rather than expanding it. In our contemporary landscape where mass shootings can happen seemingly anywhere, the N.R.A. and gun rights movement’s logic is “We must carry guns in our restaurants and bars, hospitals and churches, government buildings and private workplaces.”

When an protester armed with an automatic assault rifle shows up to protest a policy of the president, he is not encouraging free speech but stifling it—signaling that the time for discussion is past and deadly force and power ought to have their say.

When we arm our public schools to resemble fortresses, “it is no victory for freedom when armed guards check our children’s lunch bags after they have had to enter school through metal detectors.” This is not the free environment encouraged by John Dewey for places of learning.

Democracy demands that its citizens hold “a willingness to work with others, an interest in others and a modicum of trust that others might be fruitful partners—that the world outside is worth and liable of change.” The N.R.A. and the loudest voices of the gun rights movement instead peddle a vision of a damned and fallen world, where only the armed individual can protect what is theirs. DeBrabander successfully shows how these two visions of the world are ontologically different and lead to drastically different realities.

DeBrabander’s book suffers from poor organization and chapters that run far too long. With only five chapters at approximately 50 pages apiece, the manuscript could have easily been separated into twice as many chapters at natural breaks that already exist in the text. This would have made the work more accessible to the general interest reader.

Nevertheless, in a debate that is filled with the noise of two sides shouting at each other from opposite moral high grounds, it is refreshing to see someone delve deeply into the arguments and philosophies of an opponent, largely on their terms. DeBrabander seeks to redeem his opponent’s position rather than destroy it. He writes, “I am inclined to give them the benefit of the doubt and assume that they truly believe that more guns equals more safety.” Starting from this point, he is much more effective by showing how one might rationally conceive of this, and then how certain assumptions and miscalculations lead them to the wrong conclusion.

DeBrabander fails to place sole blame on the gun rights movement for a demise in democracy. He aptly argues that the relationship works both ways. Gun deregulation is also a symptom of a decline in democratic principles that could be remedied by greater political participation and more transparency.

I was reading DeBrabander’s book during a typical Monday commute home when, as I stepped off the subway in Brooklyn, I felt the buzz of my iPhone in my pocket. It was a friend who teaches in Washington, D.C., to tell me that she was okay, but was barely ten feet away from a gang shootout as she was leaving school that day. Not two hours later, my mother calls me to tell me that a bullet had gone through the window of my aunt and uncle’s living room, who, with their 11 children, live in rural Ohio. Apparently, a neighbor bought their 17-year-old son a 9mm for his birthday and told him to go practice with it outside. By the grace of God, the bullet ran out of momentum after shattering a window and a family’s sense of security.

This is life in America. Where my loved ones, all of our loved ones, from inner-city D.C. to rural Ohio, from an elementary school in Newtown to a gay nightclub in Orlando, are all moments away from becoming another statistic and victim to the random and targeted acts of gun violence that happen every day. DeBrabander’s central thesis rings true: this is not real freedom.

Cicero wrote, “to study philosophy is nothing but to prepare one's self to die.” With Do Guns Make Us Free? DeBrabander makes the case that it might also prepare us to live.

Zac Davis is an editorial assistant at America. Twitter: @zacdayvis