Changing the Questionsby Margaret A. Farley

Although Margaret A. Farley’s work is widely taught in colleges, many readers first heard of her when the Congregation for the Doctrine of the Faith issued a notification about her book Just Love in 2012. Lucky readers were thus tipped off to one of the most influential theological ethicists of our age, who takes on tough topics—gender, sex, relationships and power—with clear-eyed compassion, in lucid prose. Longtime and new fans of Farley’s alike should hail Changing the Questions, a new collection of Farley’s scholarly essays, sermons and lectures for a broad audience.

The editor of this collection, Jamie L. Manson, Farley’s student at Yale and a religion writer, has shaped a volume that demonstrates both the range of Farley’s theological expertise and the persistence of certain themes throughout her long career. Two essays from the mid-1970s show her staking an early claim on the topics of romantic love and commitment, even while, as she notes in a footnote, we can see how far conversations around gender issues have evolved since then.

Just Love won both fans and detractors for the author’s insistence on honoring individual experience as one source of moral insight. In an essay entitled “The Role of Experience in Moral Discernment,” she demonstrates the legitimacy—indeed, the necessity—of this approach. The tradition of feminist theology, in which Farley locates herself, honors women’s diverse experiences as sources of theological insight. She reflects on that tradition in an essay arguing for a feminist universal morality, one that honors the tensions between autonomy and relationality and between the values of care and justice. Other essays include feminist reflections on hope and on respect for persons. In the latter, Farley upholds both autonomy and relationality as aspects of human persons that deserve respectful treatment from others. The next essay, entitled “How Shall We Love in a Postmodern World?” returns to questions of love, commitment and personhood, urging attention to the concrete reality of others.

One essay finds Farley reflecting on the wisdom and just practice of “Moral Discourse in the Public Arena.” Others show her engaged in discourse or urging others to it, like an essay calling Christians to prophetic speech in response to H.I.V./AIDS and one, first published in a secular biology textbook, reflecting on stem cell research in the light of religious ethics. Another, written for an interdisciplinary audience, reflects on Christian understanding of the natural world and humanity’s responsibility for it.

Reflecting Farley’s commitment to “changing the questions” asked by ethicists and by Christians, many essays insist that two apparently competing goods really exist in a fruitfully creative tension. Autonomy and relationality is one creative tension. Another is what Farley calls “anticipatory forgiveness,” a stance that pursues the freedom that comes with forgiving an injuring party who has expressed no remorse. “Anticipatory forgiveness” maintains the humanity of the injuring person even as it insists on the wrongness of the injury and pursues healing for the injured one. Farley explores this concept at length in an essay published here for the first time, “Forgiveness in the Service of Justice and Love.”

Manson suggests that this essay draws on Farley’s experience with the C.D.F.; another almost seems to prefigure it. Farley addressed broken trust in the church hierarchy in an essay published in 2002 entitled “Ethics, Ecclesiology, and the Grace of Self-Doubt.” She writes, “It is not possible for persons...to experience moral obligation simply because they are told that they ought to,” and points to “a graced self-doubt, needed perhaps especially by those who are in positions of power.”

Two essays reflecting on death draw on yet another fruitful tension, that between human transcendence and finitude. For Farley, the problem of death originates in the human desire for limitlessness: “We are the ones who love one another in such a way that we cannot believe that such loves will end.” From reflection about our conceptions of death, Farley moves fluidly to a more technical bioethical reflection about end-of-life practice, guiding readers through changing medical, legal and social understandings of death and life.

In Farley’s essay “No One Goes Away Hungry From the Table of the Lord,” she shares some personal reflection on the concrete situation of Yale students planning communal prayer and argues for ecumenical eucharistic practice under certain conditions.

The sermons in the volume were preached at student services. It is good to see Farley in a more pastoral mode, yet never far from her key themes of justice, concrete reality, mercy and fruitful tension. In one sermon, Farley evokes “the discipline of nonfulfillment,” like that experienced by Mary Magdalene when Jesus told her, “Do not hold on to me” (Jn 20:16-17). A discipline of nonfulfillment keeps believers in a fruitful tension in which they can rejoice in God’s love yet continue to strive for greater union with God and God’s purpose.

The fruitful dialectic between fulfillment and nonfulfillment resurfaces in Farley’s essay on celibacy. While every Christian life exists in this creative tension, she shows how celibacy is a particular evocation of this “already but not yet” mystery.

Readers will appreciate Farley’s lucid, lovely writing and her deep commitment to the concrete reality of complex ethical issues. Her authorial voice works through problems together with the audience, without preachiness—even when she is literally preaching—or talking down to readers. Scholars will welcome this classroom-ready collection of influential works. With it, many more readers will follow Manson to become Farley’s with students.

This article also appeared in print, under the headline “Today’s Moral Issues,” in the September 14, 2015, issue. 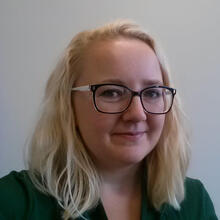