The Origins of Warby By Matthew A. ShadleGeorgetown Univ. Press. 246p $29.95 (paperback)

War has been a constant source of reflection for the followers of Jesus. After centuries of discourse it is not easy to say something new. Yet in this book, Matthew Shadle, an assistant professor of moral theology at Loras College in Dubuque, Iowa, offers a thought-provoking argument for a distinctively Catholic perspective on the origins of war.

The thesis of the book can be summarized by four claims: 1) Contemporary Catholic thinkers do not have a theory of war’s origins that coheres with basic theological convictions of the Catholic tradition; 2) Early generations of believers did formulate such a theologically and ethically coherent view of the source of armed conflict; 3) A major reason for the loss of a sound theory of war’s origins within the Catholic intellectual tradition is that believers have appropriated much of the political theory of secular liberalism; 4) Recent developments in Catholic theology as well as the field of international relations offer an opportunity to correct the errors within the tradition’s evolution.

In the first four chapters Shadle describes what he sees as the problem, why it happened and how an interdisciplinary engagement can offer a way forward in resolving the difficulty. Regrettably, the early chapters attempt to cover far too much ground. For example, the author wishes to show there is “a tradition of reflection on the origins of war” to be found in the biblical, patristic and medieval sources. Covering the span from the Old Testament to Dante in 18 pages, however, is not an effective way to retrieve more than two millennia of the tradition. Shadle maintains that in the 14th century European thought began its departure from the Christian tradition’s view of politics. An earlier wisdom maintained that human beings are essentially oriented toward the good, that the state cannot be properly understood apart from our ultimate end and that politics ought not be divorced from transcendent claims. By losing sight of these touchstones Catholics have come to misunderstand the problem of war.

In the next two chapters Shadle presents a digest of international relations theory and advocates the theory of constructivism, which he maintains offers a helpful way to reconnect the field of international relations with a renewed Catholic framework for studying the origins of war. Shadle has read a good deal of the relevant literature and makes a serious effort at interdisciplinary work.

The crux of the book’s argument comes in Chapter Five, in which the author brings together the positive aspects of constructivist theory with post-conciliar developments in Catholic theology to propose his Catholic perspective on the origins of war. He argues that Catholic theology’s understanding of the human person provides a useful stance from which to assess whether a state’s identity, interests and norms reflect a sound understanding of human fulfillment, individually and communally.

Catholic theology on sin and grace offers a critical view of the forces that give rise to war as well as the means whereby states and sub-groups may organize to prevent the outbreak of war. In sum, Catholic theology and constructivism “together suggest a Catholic perspective on war and its origins that recognizes that culture is a human creation that nonetheless plays an important role in creating, or constituting, human persons and their identities, interests, and norms of behavior.” Culture plays a vital role in forging the social institutions, like states, through which individuals satisfy their interests. Shadle concludes, “when speaking of states, then, this means that war is ultimately caused by clashing cultural practices that foster sin, particularly violence.”

Subsequent chapters serve as case studies, examining a variety of Catholic thinkers—popes and other authors—who have shared a mistaken approach to war’s origins. These final four chapters do not add substantially to the basic argument presented earlier so much as they illustrate it.

Two questions might be posed. First, granted that religion ought not be ignored in discussions of war, should we argue for a distinctively Catholic perspective on the origins of war? Shadle believes such a theory existed in the first centuries. Suggesting that the Bible has a thesis about war’s origins beyond some broad comments regarding idolatry, the principalities and powers that resist God, and human sinfulness, however, is problematic. Shadle also has insufficient appreciation for the apologetic, as distinct from analytic, intent of patristic writings on war. The patristic aim was to discredit paganism, not provide an accurate account of war. The author appears to confuse an affinity within the Catholic theological imagination for some claims about war with the existence of a developed perspective on war’s origins within the tradition.

A second question is whether we need a distinctive Catholic theory of war’s origins. Do we need Catholic theories of poverty or disease? What is the difference such theories make? In the end, Shadle’s approach to understanding war’s origins does not add much to our thinking about war. The final pages of the volume reflect this conclusion, as his analysis of the Iraq war adds little beyond what many other commentators, Catholic and non-Catholic, have already offered.

Throughout the volume the author’s intelligence, wide reading and clear prose are on display. I fear, however, those qualities are put at the service of a project that will leave readers unconvinced.

This article also appeared in print, under the headline “States and Sin,” in the November 14, 2011, issue. 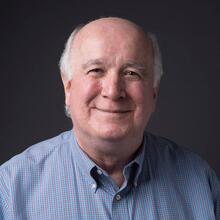 Kenneth R. Himes, O.F.M., teaches in the department of theology at Boston College.