Several years ago Joan Didion wrote about the death of her husband, the novelist John Gregory Dunne, in The Year of Magical Thinking. But before the book was published, the couple’s 39-year-old adopted daughter, Quintana Roo, also died.

In her new book, Blue Nights, Didion ponders Quintana’s life and death in spare prose that is at once insightful, depressing and random. The book is as much a meditation on the author’s own fear of aging and illness as it is a lament about the loss of an only child.

The text skips back and forth in time as Didion describes Quintana’s unusual childhood—staying at fancy hotels with her parents on book tours and meeting the couple’s celebrity friends. Quintana showed early signs of depression and seemed determined to skip over childhood. At age 5 she called a mental hospital to inquire what she should do if she were “going crazy.” About the same time she dialed Twentieth Century Fox to ask how she could become a star.

As an adult, Quintana was diagnosed variously with manic depression, obsessive-compulsive disorder and borderline personality disorder. She died of acute pancreatitis following a “cascade of medical crises.”

The book’s back cover features a captivating picture of Quintana with a serious expression, sitting on a large chair, leaning forward toward the camera, with hands clasping her cheeks.

Didion describes the mutual fear of abandonment by adoptees and their adoptive parents. “Once she was born,” Didion writes, “I was never not afraid. I was afraid of swimming pools, high-tension wires, lye under the sink, aspirin in the medicine cabinet...rattlesnakes, riptides, landslides, strangers who appeared at the door, unexplained fevers....”

“Blue Nights” refers to a period around the summer solstice when the twilight is “long and blue.” Didion chose the book’s title because “I found my mind turning increasingly to illness, to the end of promise, the dwindling of the days, the inevitability of the fading, the dying of the brightness.”

Critics have studied Didion’s writing to determine what makes her voice so distinctive. She liberally sprinkles in two- and three-word paragraphs, rhetorical questions, italics and repetition of key phrases to drive home her message.

Although reviewers have praised Didion for her honesty and directness in Blue Nights, the pervasive tone of fear, anxiety and guilt soon leads to melancholy.

The author, who recently turned 77, seems to live in constant fear of aging and decline in health. The pages brim with her maladies and frailties. She has suffered from shingles, sun-induced skin damage and falls. She once collapsed on the street and spent days in a hospital. On another occasion she fell in her Manhattan apartment. She remembers lying on the floor bleeding, unable to reach any of her 13 telephones.

Didion concedes she has spent much of her life in denial of aging, despite its obvious evidence. “Only yesterday,” she writes, “I could still do arithmetic, remember telephone numbers, rent a car at the airport and drive it out of the lot without freezing, stopping at the key moment, feet already on the pedals but immobilized by the question of which is the accelerator and which the brake.”

She resents frequent references to her frail appearance, and at age 75 experienced “a revived sense of the possible” after viewing a picture of Sophia Loren arriving at a publicity event, noting that Loren and she are the same age.

In an admission that is surprisingly frank for a famous writer, Didion says her “cognitive confidence seems to have vanished altogether. Even the correct stance for telling you this, the ways to describe what is happening to me, the attitude, the tone, the very words, now elude my grasp.”

Readers cannot help but notice that Didion’s reflections on aging, illness and death are devoid of anything resembling spirituality. If she has pondered the big questions of creation, purpose, meaning and afterlife, there is no evidence of it in Blue Nights.

Countless other memoir writers have faced similar physical and mental losses and yet have found joy and purpose in life, but their wisdom seems to have eluded Didion.

One finishes this pain-filled memoir feeling sad for Didion because she has suffered so much and because she seems unable—or unwilling—to connect with friends, nature, gratitude, transcendence and other sources of joy and happiness that can give life meaning even in the midst of great loss and pain.

This article also appeared in print, under the headline “Losing Quintana,” in the February 27, 2012, issue. 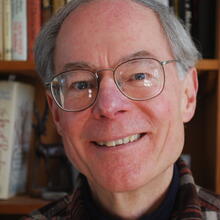 Bill Williamsis a freelance writer in West Hartford, Conn., and a former editorial writer for The Hartford Courant. He is a member of the National Book Critics Circle.