Very likely the first question that will pop into the minds of readers of this latest and third book by Jacques Dupuis on the theology of religions is this: How well has its author answered the charges by the Congregation for the Doctrine of the Faith that his previous work, Toward a Christian Theology of Religious Pluralism (Orbis Books, 1997), contains “notable ambiguities and difficulties on important doctrinal points, which could lead a reader to erroneous or harmful opinions”? Has this new book cleared up those “ambiguities and difficulties”?

This book, which was conceived as a more accessible version of its predecessor, is not a direct answer to the eight issues raised by the Notification of the C.D.F., since it was completed on March 31, 2000, almost a year before the issuance of the Notification on Feb. 27, 2001. Nor does it address the concerns of the C.D.F.’s controversial Declaration Dominus Iesus, which was released on August 6, 2000. That does not mean the book was written, as Dupuis himself acknowledges, without careful attention to the objections brought forth by the C.D.F. as well as by his theological peers against his previous work, since it was written during the three years in which he was responding to the questions raised by the C.D.F.

With graciousness and humility, Dupuis says: “Compared with its predecessor, the present book has...the merit of clarifying ideas in the light of prolonged discussions, of avoiding some ambiguities which had not been altogether absent in its predecessor, of reinforcing the foundation in the Christian revelation and tradition of some affirmations, of providing further explanations where some doctrines could seemingly have lacked in theological foundation.” Whether this new work, which carries the imprimatur of the vice-rector of the Gregorian University, will meet the approval of the C.D.F., remains to be seen.

Even though Christianity and the Religions was planned as a popular version of Toward a Christian Theology of Religious Pluralism, with scholarly discussions omitted and footnotes reduced to a minimum, it is not a mere summary of its predecessor but also offers several new chapters. It deals with three basic questions: (1) Can the members of other religions be saved? (2) If yes, can these religions be said to contain “elements of truth and grace” so that their adherents, if they are saved, are saved in them and somehow through them? (3) If yes, can it be said that these religions have a positive meaning in God’s single overall plan of salvation? Dupuis gives an affirmative answer to these three questions, and coins the expression “inclusive pluralism” to describe his position.

Dupuis lays out the defense for this inclusive pluralism in 10 chapters. The first three present a “positive theology” of religions by examining the attitude of Jesus and the apostolic church toward those who did not belong to the “people of God”; the teaching of Vatican II and of Popes Paul VI and John Paul II; and major contemporary theologies categorized under ecclesiocentrism, christocentrism, theocentrism, regnocentrism and soteriocentrism, logocentrism and pneumatocentrism, and Dupuis’s own inclusive pluralism.

The remaining seven chapters discuss the various building blocks of Dupuis’s theology of religious pluralism. He suggests that the God of the Hebrew-Christian faith has established saving covenants with other peoples, who therefore deserve to be called “peoples of God” (Chapter 4); that the “many and various ways” (Heb 1: 1-2) in which God has revealed himself may be taken to refer to non-Christian religious traditions (Chapter 5); that the Logos has acted salvifically beyond the humanity of Christ, though always in union with it (Chapter 6); that it is possible to speak of other religions as “participated mediations” in the “one mediation” of Christ (Chapter 7); that the church is not identical with the kingdom of God but is its sign and instrument (Chapter 8); that interreligious dialogue is a necessity for mutual enrichment (Chapter 9); and that the practice of shared prayer between Christians and members of the other religious traditions be fostered (Chapter 10).

These 10 theses, taken singly and as a whole in support of “inclusive pluralism,” constitute a notable advance in Christian theology of religious pluralism. Dupuis’s trinitarian Christology, which is the theological foundation for his inclusive pluralism, represents the best thinking in contemporary Catholic theology. It must however be frankly acknowledged, with all due respect to Dupuis’s theological achievements, that inclusive pluralism is anything but avant-garde, much less beyond the pale of orthodoxy. Indeed, Dupuis acknowledges that the substance of his thesis has been affirmed by the Federation of Asian Bishops’ Conferences as far back as 1987. Dupuis unambiguously and repeatedly affirms Jesus’ role as the universal revealer and savior. He distinguishes between the economy of the Logos and that of the Spirit, but never separates them. While suggesting that other religions are “participated mediations” in the mediation of Jesus, he also unambiguously affirms the nature of the church as the sacrament of the mystery of salvation. While recommending interreligious dialogue for mutual enrichment, he firmly holds that the mutual complementarity between Christianity and other religions is asymmetrical—that is, the acknowledgment of the existence of “elements of truth and grace” in other religions does not cancel out the unsurpassed and unsurpassable transcendence of God’s self-manifestation in Jesus and Christianity.

So why was Dupuis subjected to such harassment (no other word seems more appropriate) and public humiliation? Perhaps because his expression “inclusive pluralism” (or “pluralistic inclusivism” or “pluralism in principle”) conjures up the specter of the “pluralism” or “pluralist paradigm” of such theologians as John Hick and Paul Knitter. But anyone who reads his corpus, even without complete attentiveness, should know that Dupuis has repeatedly distanced himself from this position and has convincingly rebutted it.

Allow me to end this review with a personal anecdote. Last June I was honored to meet Father Jacques Dupuis for the first time in his tiny room at the Gregorian University in Rome. The weather was abnormally hot, over 100 degrees. There was no air conditioning but a little fan to keep the temperature in the cell bearable. A few days earlier, Dupuis had fallen in his room and was rescued by a fellow Jesuit who happened to pass by and heard his cries. From the conversation there was no doubt that the ordeal he went through with the C.D.F. had caused havoc to his mental and physical health at the age of near 80. In light of his more than 60 years of faithful and selfless service to the church and theology, it is poignant to read the words of Josef Cardinal Ratzinger quoted at the beginning of the book. “What the Church needs today, as always,” says the German theologian, is not “the servility of sycophants,” “not adulators to extol the status quo, but men [sic] whose humility and obedience are no less than their passion for truth; men [sic] who brave every misunderstanding and attack as they bear witness; men [sic] who, in a word, love the Church more than ease and the unruffled course of their personal destiny.” There is no more eloquent tribute to Jacques Dupuis as a Christian and a theologian.

Editor’s Note: This title is a selection of the Catholic Book Club.

This article also appeared in print, under the headline “Inclusive Pluralism,” in the February 3, 2003, issue. 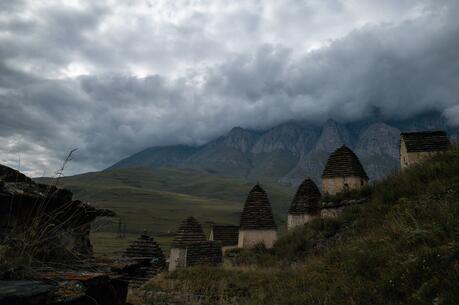 The must-read novel for quarantine and social distancing is about a 17th-century plague
Published in 2002, ‘Year of Wonders’ is set in a 17th-century English plague town.
Mary Doyle RocheSeptember 25, 2020