Paul and the Faithfulness of Godby N.T. Wright

Since 2003, when the renowned Anglican Scripture scholar N. T. Wright published the third volume (on the resurrection of Jesus) in his series “Christian Origins and the Question of God,” the biblical guild has eagerly awaited his fourth volume, on Pauline theology. The decade-long wait is attributable to at least two factors: 1) Wright, in addition to academic pursuits, served as bishop of Durham from 2003 to 2010; and 2) the volume on Paul extends to over 1,600 pages. The latter fact makes the task of offering a brief review a considerable challenge.

Wright continually reminds his readers that he is “doing history.” To this end, he paints on a wide canvas the Mediterranean world in which Paul lived and carried out his mission as “apostle to the Gentiles,” a world marked by religion, philosophy and the ever-present power and pretentious claims of the Roman Empire. Wright’s “thick description” of the first-century world serves, he insists, as a better context in which to study Paul’s writings and theology than, say, 16th-century Reformation debates or early 20th-century history-of-religions approaches that downplayed or even denied Paul’s Jewish worldview.

And it is this Jewish worldview that has principal claim for understanding Paul. Saul the Pharisee, like most late Second Temple Jews, lived in an ongoing story or narrative. At the heart of this narrative was God’s covenant relationship with Israel, his chosen people. That story took many twists and turns, including exile. According to Wright, although the Babylonian captivity had ended centuries before, many first century Jews experienced a sense of “continuing exile.” Jewish hopes—expressed in Daniel 9, Deuteronomy 30 and Jeremiah 31—included God’s return to dwell among his people, the establishment of God’s worldwide reign and restoration of creation, and the renewal of hearts to obey God’s ways. These realized hopes would bring the story to its satisfying conclusion, as well as fulfill the divine promises to Israel.

This worldview is essential for understanding what Paul did after his encounter with the risen Jesus. Wright argues that Paul concluded that the crucified-and-risen Jesus was Israel’s Messiah. Moreover, as raised and thereby vindicated by God, Jesus now reigns as Lord over all creation. What Israel was hoping for has been fulfilled in an unexpected way, albeit one God had planned all along. The key to understanding Paul, therefore, is “eschatological messianism.” The heart of Wright’s book—in three chapters that fill more than 650 pages—is Paul’s reappropriation of Jewish monotheism, election and eschatology rethought through what God has done in Jesus and the outpouring of God’s Spirit.

First, monotheism: Wright insists that Paul bears witness to a high Christology. The “binitarian” formulation in 1 Cor 8:6 (“one God, the Father...and one Lord, Jesus Christ”) functions, in effect, as a new Shema. God not only acted through Jesus; God visited his people as Jesus, whose obedience to death revealed the extent of God’s covenant fidelity and love. The cross and resurrection also manifested the paradoxical nature of God’s power. Wright contends that for Paul God did indeed return to Zion in Jesus and now dwells, through the presence of the Spirit, among his people, who constitute God’s new temple.

Second, election: Christology is at the heart of Paul’s rethinking of election. Jesus was the faithful Israelite, the one who enacted Israel’s vocation to be the people through whom God dealt with the problem of sin (cf. the call of Abraham set immediately following Genesis 1–11). Now, through Jesus, Abraham’s family—in fulfillment of the promise that all nations would be blessed in him—extends to include Jews and Gentiles. The “badge” of covenant membership is “Messiah-faith”—faith in what God has done through Jesus and faith lived out in the manner of his self-giving love, a way of life now empowered by the Spirit (thereby fulfilling the promise of renewed hearts). This faith replaces the “badges” of circumcision, Sabbath observance and dietary laws that formerly marked God’s people.

Third, eschatology: The resurrection of Jesus caused Paul, who formerly hoped for the resurrection of faithful Israelites, to rethink the eschatological timeline. God’s definitive action has already taken place, although the fullness of resurrection life and the restoration of creation awaits the future, when God will be “all in all” (1 Cor 15:28). In the meantime, Paul committed himself to establishing communities of believers, particularly in cities and areas where Caesar’s power and glory were proclaimed. These churches, united in love and exhibiting Christ-shaped holiness, would be the central sign of God’s power and covenant faithfulness. Moreover, they would be a countersign to Roman arrogance and false claims (especially concerning the imperial cult).

According to Wright, we should thus understand Paul to be, first and foremost, a founder and pastor of churches. He insists that while Paul was not a theologian as we use the use the term today, he did develop a theology, albeit one that represented “a radical mutation in the core beliefs of his Jewish world.” Paul did so in order to inculcate and maintain a worldview that was the necessary and only support for his fledgling churches. A key point for Wright is that we should understand the apostle as having a “fulfilled-Jewish” perspective, rather than impose on him charges of supercessionism.

There is much to commend in Wright’s prodigious volume. He rightly insists on the centrality of God’s covenant faithfulness (dikaiosynē theou) for Paul. By keeping a spotlight on the role of covenant, Wright succeeds in integrating various strands of Paul’s thought that have long vexed interpreters (e.g., is his focus on justification of sinners or on participation in Christ? Is he an apocalyptic thinker or does he value salvation history?). Wright also provides a nuanced reading of how Paul, through his foundation of communities of believers and his letter-writing activity, challenged (at least implicitly) Roman imperial claims. We are constantly reminded that the apostle did not proclaim the Gospel in a vacuum.

There are also problems and questions. While Wright offers a “tricky and somewhat tortuous” (his own admission) discussion on the issue of justification, his treatment of other aspects of soteriology pales in comparison. His interpretation that “all Israel will be saved” (Rom 11:26) refers, in Paul’s mind, to the church (i.e., believing Jews and Gentiles) is courageous, as it goes against scholarly consensus. Given the amount of space Wright devotes to this contentious passage, I would have liked to see him discuss implications of his exegesis for recent Jewish-Christian dialogue, which has looked at this passage differently.

The main problem with this book is its sheer length, due in no small part to considerable repetition. One begins to wonder when an author feels compelled so frequently to remind the reader where he or she is in the argument. This book requires of the reader much time and patience. I fear that it will be used as a reference book rather than read for its overall argument.

Show Comments (
1
)
Comments are automatically closed two weeks after an article's initial publication. See our comments policy for more.
Henry George
5 years 3 months ago
Does anyone know, since it is not mentioned in the Review, what the Scholarly Consensus is on whether a Gospel(s) was/were preached before Paul visited the young Churches ? [ I have a pet theory that at least one of the Gospels was preached long before it was written down. ]
Advertisement

This article also appeared in print, under the headline “Founding Pastor,” in the January 5-12, 2015, issue. 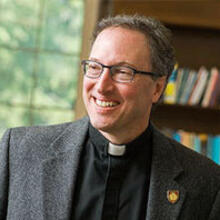 Thomas D. Stegman, S.J., is associate professor of New Testament at the Boston College School of Theology and Ministry.

Mining the partnership between science and religion
The book is characteristically careful, methodical and precise—hallmarks of Haight’s writing style and theological methodology. Readers familiar with the development of Catholic theologies of nature and creation will find much to converse with here, as will philosophical theologians.
Christiana ZennerMarch 20, 2020

Review: How the fall of Rome led to the modern world
Walter Scheidel argues in "Escape From Rome: The Failure of Empire and the Road to Prosperity," that out of the Roman Empire’s ashes rose modernity.
Dominic LynchMarch 20, 2020

Review: How should Christians address anti-Semitism in their communities?
This book is meant to arouse Christians, both their pastors and congregations, to the agonies and injustices perpetrated against Jews in the past and presen
Patrick JordanMarch 20, 2020

More than snakes and shamrocks: St. Patrick, retold
A new look at one of Catholicism's most popular saints.
Joseph McAuleyMarch 14, 2020