Celestine V, the pope who quit, is remembered mostly as a footnote. Histories of the popes treat him as a medieval curiosity. Dante condemned him to the inferno for his cowardice. More recently, his resignation has been viewed as the odd precedent that would permit an ailing pope to step down.

Jon M. Sweeney, whose many books include Praying With Our Hands, has recognized that this story of a sainted hermit who was stunned to be elected vicar of Christ—and then resigned the papacy 15 weeks later—is an entertaining tale in itself and one that serves to remind us of the intrigues embedded in Catholic tradition. In Sweeney’s hands, the story of a man often dismissed as naïve and incompetent becomes an engaging mystery and an enjoyable primer on the ecclesiastical wheeling and dealing of the late Middle Ages.

Peter Morrone, the future Pope Celestine V, was born in 1209. He found his calling at the age of 21, when he left a Benedictine monastery to live alone atop a mountain. Later he studied in Rome, where he was ordained. Then he returned to the hermit life, settling first on the 6,700-foot Mount Morrone in the Apennines and then on the even taller Mount Maiella (9,100 feet). Renowned for his holiness, he formed a community of hermits during the 1240s and gained papal approval for his congregation in 1263.

Unfurling the story, Sweeney shows how the reclusive holy man was a savvy player in the iron-fisted ecclesial politics of the time. He notes that Peter traveled 700 miles to be at the Council of Lyons in 1274, fighting for his Hermits of Saint Damian at a time when church authorities wanted to stop the proliferation of new orders. He persuaded Pope Gregory X to let his hermits be incorporated as a branch of the Benedictines and secured Charles I of Anjou, king of Naples and younger brother of King Louis IX, as their protector.

Acting on what he said was a vision of the Blessed Virgin in a dream, he built the Basilica of Santa Maria in Collemaggio in Abruzzo; it quickly attracted pilgrims and increased the prestige of his order, later called the Celestines. He founded and acquired new monasteries and visited Rome, where he was applauded. In 1293 he returned to Mount Morrone to live in solitude.

The point Sweeney makes is that for nearly all of his long life, no one would have called Peter Morrone naïve or incompetent. When Peter spoke, powerful people listened—unfortunately for him, it turned out.

Observing from his mountaintop, Peter became frustrated in 1294 with a two-year deadlock in choosing a pope. He dispatched a letter to the cardinals warning that the wrath of God would fall on those responsible for such inaction.

Thus Peter became the compromise, a caretaker pope elected at the age of 84. In some ways, the choice might even have seemed inspired, raising the hope that a truly holy man would be the one to lead the medieval church out of its corrupt ways. In that light, Celestine V’s decision to rule from outside Rome—he was crowned in his basilica in Abruzzo—could seem wise. He was the outside-the-Beltway pope.

But he immediately became a puppet of Charles II of Anjou (son of Charles I), and in his 15 disastrous weeks as pope made one bad decision after another. Some were self-serving; he granted a plenary indulgence to anyone who attended his coronation or visited his basilica on the anniversary. Mostly, he just did what Charles wanted, turning the papacy into the monarch’s patronage pool. Ill at ease with the power handed to him, he turned over many of his duties to a trio of cardinals. Finally he stood up for himself and against Charles II: He announced that he would resign, the first and only pope to do so.

This had to be cleared by canon law; it was determined that if the resignation was voluntary, enacted properly and absolutely necessary—if the pope was useless or suffered a serious impediment such as insanity—resignation would be acceptable.

The holy man, officially deemed useless, fled. But his authoritarian successor, Pope Boniface VIII, was evidently uneasy with having another pope about and ordered him imprisoned. It is “not far-fetched” to suggest that Boniface had Peter murdered, Sweeney writes, although after examining the evidence he decided that the matter is unclear.

The book does not dig up any new answers to the questions surrounding Pope Celestine, but Sweeney’s tale is a pleasure to read, written very smoothly for a general audience. He keeps it interesting throughout, and there is a note of enchantment in it.

Since the reliable historical record on Peter Morrone is thin, there is a fair amount of speculation in the account. To fill out the story, Sweeney weaves in a great deal of background on the period to produce a larger and more detailed tapestry. On a few points, the background is overly simplified, but on the whole it adds to the landscape by providing helpful context. Even when not strictly necessary, the excursions are interesting.

There are sections, for example, on the many popes who were murdered, intrigue at the Council of Lyons, and the origins of canon law. While reading this book, I often felt as if I were walking through a medieval hill town, on my way up to the castle, when a winding lane would catch my eye and draw me aside. I sometimes wondered if I was being taken to a dead end, but these side trips eventually led back to the main street, and I was glad I went.

Ultimately, it is difficult to judge Celestine. Good people suffered as a result of his abdication. Look at it from the point of view of the Spiritual Franciscans, the dissident Franciscans whom Boniface VIII persecuted for the sin of insisting on living the life of poverty as rigorously as had their founder, Francis of Assisi. Celestine, no stranger to the ascetic life, had been the Spiritual Franciscans’ friend. He was not any good to them after he quit. And yet, contrary to Dante’s verdict, St. Pope Celestine V was canonized in 1313 by Pope Clement V; his feast day is May 19.

Sweeney concludes that Celestine’s life should not be reduced to the cowardice of his resignation. He knew he should not have accepted the papacy, he writes. “His sanest expectations were confirmed within weeks of ascending the chair of St. Peter, prompting him to make the decision that would save his soul—if not the Church,” he adds. “And for that single act, he showed himself to be enlightened, not naïve.”

This article also appeared in print, under the headline “Celestine's Prophecy,” in the April 16, 2012, issue. 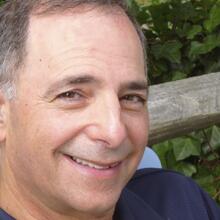 Paul Moses, professor of journalism at Brooklyn College/CUNY, is the author of The Saint and the Sultan: the Crusades, Islamand Francis of Assisi’s Mission of Peace.