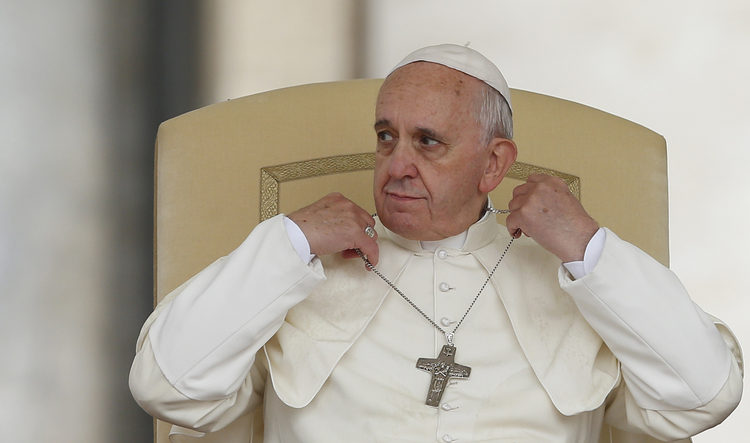 Pope Francisby The Staff of the Wall Street Journal

America’s former editor in chief, Thomas J. Reese, S.J., described our new pope recently in The National Catholic Reporter as one who had previously been “a little-published, low-profile Latin American archbishop.” In other words, we know relatively little about him, even though he has had a long career in the church.

There are several quickly published Pope Francis books on the market right now that attempt to tell the story of how we came to have the first Hispanic, Jesuit, Southern Hemisphere pope. None are of the scholarly sort; none could be called biographies. But Thomas J. Craughwell’s does a great job presenting what we know so far. He quotes most of the Vatican reporters, expert commentators, papal-watching blogs and past papal biographers, including John Allen Jr., Father Reese, Margaret Hebblethwaite and George Weigel. Nearly 70 photographs, including a rare shot of the pope’s parents, Mario and Regina, on their Dec. 12, 1935, wedding day, tell the story as well.

Craughwell’s book opens with a timeline that offers a broad overview of the events from 1936 to the 2013 election. Two contentious issues are addressed right up front in the annotations. Under “1976,” Craughwell reveals the conclusion to come later in more detail: “During Argentina’s Dirty War, two Jesuit priests, Fathers Franz Jalics and Orlando Yorio, are seized by the military. Working behind the scenes, Father Bergoglio manages to win their release.” Meanwhile, at “2005” the author leaves this curiosity unresolved: “Took part in the conclave that elected Pope Benedict XVI and is widely believed to have finished second in the balloting.”

A foreword by Cardinal Sean P. O’Malley, O.F.M.Cap., then offers a helpful firsthand chronological account of the election of Pope Francis. O’Malley and the other cardinal-electors knew many things before we did. They heard Cardinal Bergoglio explain his choice of the name Francis; then each greeted and congratulated him; together they all sang the Te Deum; and then the new pope went off to dress and pray privately—all before the ballots were sent up as white smoke.

Craughwell himself then proceeds to retell the story that many of us have already read and heard in varying accounts, while emphasizing interesting facts and underappreciated nuances. He points, for instance, to the prescient and immediate grasp of the situation from St. Peter’s Square as white smoke rose, of the Argentine journalist Sergio Rubin, who said: “It is the first time a pope has taken this name. That means he wants to give a message: the message of Saint Francis, a man who arrived to the church in a great moment of opulence, bringing with him humility and love for the poor to revitalize the church, to give some fresh air.” This was before Pope Francis ever emerged at the balcony.

Some of the first 75 pages in Craughwell’s account are not about Pope Francis. One chapter, devoted to the resignation of Benedict XVI, could have been excluded in favor of more fresh word from Argentina. But that is a small quibble. Using accounts from media around the globe, the author finds occasional backstories that even the most devoted pope-watchers may have missed. There is, for instance, more to the story of jettisoning the red shoes of his predecessor. Pope Francis’ black ones, it turns out, were purchased by friends just prior to the conclave, since his old ones were embarrassingly shabby.

We learn that Jorge Bergoglio was an exceedingly happy child, interested in soccer, tango, girls and chemistry. Craughwell’s research into the published reports is thorough, and his curating of them is inspired. For example, a single long paragraph on a youthful Bergoglio love interest is just enough. At 12, he developed a crush on a neighbor girl, writing her a love letter that included a drawing of the house they might live in, one day, when they marry.

Similarly, we heard often and early of Cardinal Bergoglio’s understanding and appreciation of Jews and Judaism, beginning the day after his election as pontiff—Orthodox Christians and Muslims, too. But his respect for evangelical Protestants and evangelical Protestantism has been reported much less, and their challenge to the Catholic Church in Latin America is of the greatest importance to many Catholics. Craughwell does a good job telling this story.

Meanwhile, the reporters at The Wall Street Journal have written a book with almost the same title as Craughwell’s. The Journal’s work takes a decidedly more journalistic approach and, as their team included four reporters in Argentina, they were able to interview several of the pope’s friends, ordained and lay, including even the archdiocesan handyman. Pictures they paint in the slums walked by Cardinal Bergoglio are valuable to inform what we see now in Rome: “The new pope forged his ethos at the bottom of the pyramid of life and faith, in the slums of Argentina, where entering a Catholic parish is often as much about getting a warm meal and sanctuary from drug dealers as it is about prayer and reflection.”

We also learn more about Pope Francis’ life as a Jesuit. The Journal describes how he was drawn to the missionary rigor of the order, but when a lung infection at 21 halted his plans to go abroad, he turned his full attention to the missionary needs in Argentina. Then, as several interviewed subjects reveal, as Jesuit provincial superior Father Bergoglio steered his priests clear of political involvement, cut back on funding of a liberal Jesuit-run think tank and chided priests who refused to baptize children of unwed mothers. He attempted to counter the perception that priests were a threat to the government by instructing members of the Province of Argentina to disassociate themselves from unions and political organizations, without wavering in their commitment to the poor.

The Journal offers accounts from several of the pope’s detractors, all from Argentina. They relay a message we haven’t heard in the media, yet: Pope Francis is adept at politics. They quote one journalist who says, “Everybody is talking peace and love, and that’s all right, but he’s a real tough son of a [expletive]. He’s a Jesuit. He doesn’t move directly on an objective. He will surround it and when it is the right moment, he will pulverize it.” The Journal’s writers also refer to problems in the Holy See like “a leaks scandal of cinematic proportions” and an “entrenched culture of secrecy.” For his part, Craughwell seems to try to avoid taking sides as he describes contentious issues, whether it is the need for reform of the Roman Curia or Father Bergoglio’s activities during the so-called Dirty War. He usually succeeds, but there are times when Craughwell seems to embody the perspective of his subject. For instance, when he writes, “Liberation theology is a theology with a political agenda,” it feels like we are hearing Bergoglio’s own words.

We are all waiting to see how the new pope, who opposed liberation theology and yet champions the poor and oppressed so vigorously, will speak on political issues when faced with them. In Argentina he most often avoided the political. As pope, such silence would be a radical departure from the recent past, as well as deeply disappointing.

Craughwell pays Emeritus Pope Benedict XVI more respect than the Journal does, while pointing to the near crisis caused by his resignation, as well as the broad opportunities for reform that are possible in the church that Pope Francis has inherited. Toward the end of the book Craughwell intriguingly refers to the emeritus pope as Pope Francis’ “great helper and model.” Unpacking that phrase alone would make for an intriguing, quick sequel. But perhaps it cannot be written—not yet.

This review has been revised to reflect the following correction:

This article also appeared in print, under the headline “Background Check,” in the June 3-10, 2013, issue.

Jon M. Sweeney’s new book is Francis of Assisi in His Own Words: The Essential Writings (Paraclete Press).