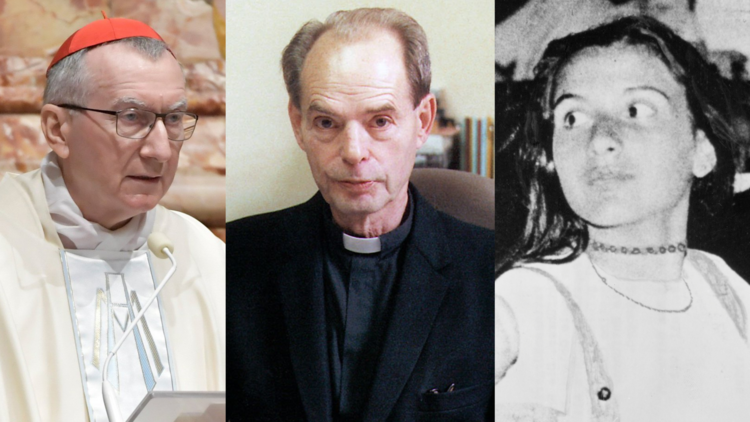 Host Colleen Dulle and veteran Vatican correspondent Gerard O’Connell dig into three eye-catching Vatican stories this week: First up, Vatican Secretary of State Cardinal Pietro Parolin spoke at a dinner for EWTN’s Europe-based staff, stressing the importance of Catholic media being in communion with the pope rather than “fan[ning] the flames of polarization.” He prayed that a “spirit of communion” with the pope would be “the distinctive sign of your work.” But EWTN’s Spanish-language press agency ACI Prensa ran a headline that, Gerry says, surprised many in the Vatican: “Cardinal Pietro Parolin defines EWTN as ‘a work of God at the service of truth.’”

The Vatican released the full text of Cardinal Parolin’s speech two days later, which showed that the quote from the headline had been taken out of context. “They [the Vatican] didn’t comment on the headline or anything, but you didn't have to be a genius to understand that this was a direct response,” Gerry says on this week’s episode of “Inside the Vatican.”

"You didn't have to be a genius to understand that this was a direct response."

Up next, Colleen and Gerry turn to the story of the Jesuit historian Peter Gumpel, who spent his long career shepherding saints’ causes through the Vatican’s canonization process. A few days after his death on Oct. 12, America ran a story by someone who had known Father Gumpel, who wrote: “Peter’s last name, Gumpel, was a pseudonym. He told me the family name he was born with—the family he was born into—was Hohenzollern, the royal dynasty of kings and princes, electors and emperors (1871-1918) who ruled all or parts of Germany and Romania beginning in the 11th century, a royal family that continues to this day.” Gerry also knew Father Gumpel well, and weighs in with his take on the Jesuit’s secret identity.

Finally, the hosts turn to the long-enduring mystery of the disappearance of Emanuela Orlandi, a 15-year-old girl who lived in the Vatican. The still-unsolved case has caught new attention thanks to a Netflix true-crime documentary series. Colleen gives an update on the series’ new revelations, and Gerry weighs in on what it’s been like watching the case unfold in Rome over several decades.

Vatican cardinal tells EWTN: Catholic media must be in communion with pope

The final secret of the Vatican’s Jesuit saint maker

A deep dive into the secret archives of Pope Pius XII

I helped write the first global synod document. Here’s what we heard from Catholics around the world.