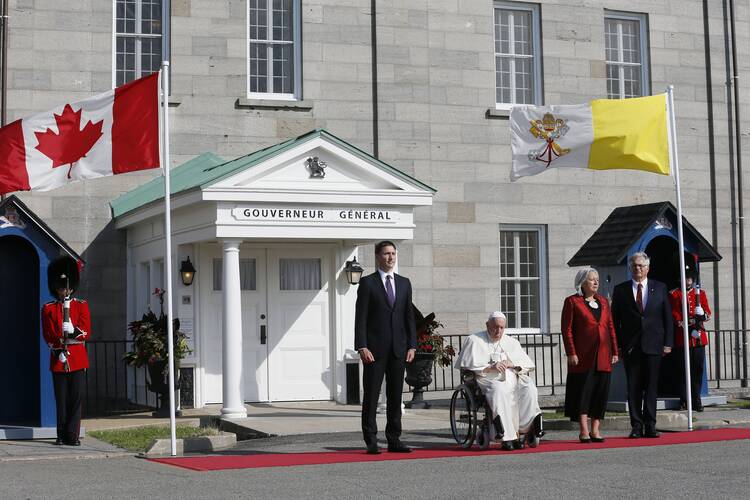 New figures from the Canadian census reveal the share of the population that describes itself as Catholic is dwindling, including in the fiercely secular province of Quebec, where church leaders last year announced a reorganization in light of demographic and financial challenges in the region.

Overall, Catholicism continues to be the largest Christian denomination in Canada, with about 30 percent of the population, or nearly 11 million people, identifying as part of the Catholic Church in 2021. And about 50 percent of Canada’s roughly 38 million residents identify as Christian, though that number is down significantly from 2001, when more than three-quarters of Canadians said they were Christian.

One reason for the shift is due to the increasing share of the population that identifies as not having ties to religion. More than 12 million people reported having no religious affiliation. The percentage of so-called nones has nearly doubled since 2001, rising to about 35 percent in 2021 from about 17 percent two decades ago.

[Related: Catholics in Quebec are leaving the church in droves. Can reinventing parish life save it?]

Catholicism’s decline was especially noticeable in Quebec, the French-speaking and historically Catholic province where secularism is considered a key cultural value. While Quebec remains the sole province in Canada where the majority of residents describe themselves as Catholic (about 54 percent), that percentage is down significantly from a decade ago, when about 75 percent of residents said they were Catholic.

The participation rate for Catholics in the region has been low for many years. According to one report, in 1985, more than half of Catholics in Quebec over age 15 participated in religious services at least monthly. By 2019, that figure had dropped to just 14 percent, leading some researchers to describe Quebec as “culturally Catholic.”

“Secularization demands that we reflect on the changes in society that have influenced the way in which people think about and organize their lives,” Pope Francis said.

Quebec’s commitment to secularism has played out in controversial ways in recent years, with critics arguing that efforts to remove religion from the public square are actually aimed at the small but increasing numbers of religious minorities, especially Muslim residents.

In 2019, Quebec passed a law that forbids government employees, including teachers, police and civil servants, from wearing any religious articles while working, including hijabs and crosses. Some Catholic leaders spoke out against the measure before it was passed, and critics say the bill made religious minorities feel less safe as a result of its passage.

The census found that about 1.8 million people in Canada identify as being Indigenous, with about 27 percent of them saying that they are Catholic. Earlier this year, Pope Francis visited Canada to apologize for historic abuse and mistreatment of Indigenous children at residential schools run by the Catholic Church.

While visiting Canada, Francis spoke about secularization, urging Catholics not to reel from the loss of status for religious institutions.

“Rather, secularization demands that we reflect on the changes in society that have influenced the way in which people think about and organize their lives,” the pope said, urging church leaders “to develop a new passion for evangelization, to look for new languages and forms of expression, to change certain pastoral priorities and to focus on the essentials.”