Catholics in Quebec are leaving the church in droves. Can reinventing parish life save it? 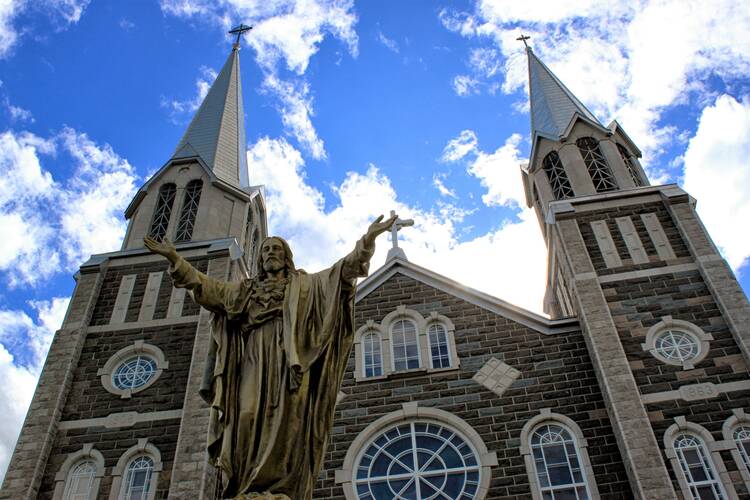 In a pastoral message released in December, Cardinal Gerald Lacroix of the Archdiocese of Quebec announced a dramatic transformation in how the Catholic Church in the province should understand itself. Faced with declining resources and a faithful but increasingly small cohort of weekly Mass attendees—between 2 and 11 percent of the province, according to The Economist in 2016—Cardinal Lacroix called on the church in Quebec not to struggle to hold on to what it has left but to see itself as a mission church moving outward. “We must reorient our pastoral teams toward a more intensely missionary activity, turned toward the people and groups that we join too little,” the cardinal said.

“Cardinal Lacroix’s decision is fully in tune with what the Quebec bishops have called the missionary turnabout, following Francis’s ‘Joy of the Gospel,’” said Frédéric Barriault, a researcher at the Jesuit-run Center for Justice and Faith in Montreal, in an email. “For years, there were too many churches and too few priests and faithful to tend them. They needed to dispose of many of these aging and sometimes crumbling churches to kickstart the real church, the one that is not made of concrete, brick and mortar, but of flesh, blood and faith.”

"They needed to dispose of these aging churches to kickstart the real church, the one not made of brick and mortar, but of flesh, blood and faith.”

In recent years, hundreds of churches in Quebec have been slated for demolition or conversions into mixed-use facilities—homes, theaters and more—reflecting the waning presence of institutional Catholicism. The number of baptisms in the province has sharply declined. The economic effects of the Covid-19 pandemic have exacerbated the budget challenges of already struggling parishes. Still, 64 percent of people in Quebec identify as Catholic, according to the polling firm Angus Reid, even if weekly Mass attendance is no longer the norm.

Mr. Barriault suggests that out of such challenges may emerge new expressions of authentic Catholicism in the province. “It means less parochial churches, priests and Sunday Masses,” he said, “and more smaller meeting rooms where laypersons would animate the liturgy of the Word and be a sign of God’s love for humanity by their personal and collective [action] for the common good.”

It is an opportunity “to become the ‘field hospital church’ that Francis so often speaks about.”

While the missionary direction may be new, Mr. Barriault insists that the church has a long tradition of engaging people in Quebec, especially through efforts in pursuit of social justice. To help explore that tradition, the Center for Justice and Faith has been compiling stories and information about past social justice campaigns by Catholics in Quebec in an online archival project, “Mémoire du christianisme social au Québec.”

Young people in Quebec, according to Mr. Barriault, born after the Second Vatican Council and the so-called Quiet Revolution, when civic institutions in the province experienced rapid secularization, have never known the ultramontane and Tridentine church of the past. They are “rediscovering the prophetic heritage of Catholic social activists involved in labor, feminist, ecological and decolonial struggles,” he said. “The church would be wise to tap into that vein, with the hopes and dreams of Quebec’s youth.”

The church in Quebec also has a rich, living tradition of missionaries to draw upon, including those who have wrestled with what it means to preach the Gospel under the province’s unique conditions.

The church in Quebec also has a rich, living tradition of missionaries to draw upon, including those who have wrestled with what it means to preach the Gospel under the province’s unique conditions. Among them is the Rev. Claude Lacaille, who worked as a missionary with the Société des Missions-Étrangères in some of the most difficult political contexts in Haiti, Ecuador and Chile. Though he had to navigate dictatorships and violence abroad, he says his return to Quebec in 1986, after the province had secularized, “was my most difficult mission of all.”

Father Lacaille left Quebec for Haiti in 1965, when most Quebeckers were still practicing Catholics. He adapted himself well in foreign countries, he said. His memoir, Rebel Priest in the Time of Tyrants, is full of stories of enculturation, throwing in with the struggle of others, living alongside other missionaries like the Maryknoll Sisters Ita Ford and Carla Piette.

“But when I came back to Quebec, secularism was something that I was not confronted with before,” he says. “In Chile, I was working all the time in my environment with communists, atheists and so on. There was never a problem that I was a priest. ‘He’s on our side,’ they would say.” But “to be a priest in Quebec was a problem. That was difficult for me because I was surprised; I didn’t know what to do.”

“A prophetic church, highlighting social justice and solidarity with the destitute and the persecuted, has the potential of closing the chasm between the church and the modern, secular culture of Quebec.”

He soon became a chaplain for the Quebec Christian Student Movement, eventually joining about 20 others, including students, clergy, couples and friends, who lived in the same neighborhood as a base community in Montreal. “The main focus was the student movement, and this was a very important moment for all of those people,” he remembered. The people who participated in this Montreal community, he said, today “are all committed as Christians in their environments. It produced a church, but it’s a church of prophets.”

Father Lacaille eventually joined the Comité de Solidarité Trois-Rivières, an organization founded in solidarity with Chileans after the right-wing coup against President Salvador Allende in 1973. He continued his mission, building local and international solidarity. For Father Lacaille, converting the church in Quebec to a missionary role demands what he calls a prophetic pivot.

“We have to become a prophetic church, dedicated to making the world better,” Father Lacaille said. “This is what Jesus wants: to take care of the poor, but also to change society so that it will be according to the will of God. We don’t have to take out a new rabbit from our hat. Joseph Cardijn, Dorothy Day, these are prophets that we have known before. We have to go on that path, I think.”

Does it matter if a charity calls itself ‘Catholic’? The church in Montreal faces a question at the heart of its mission
Dean Dettloff

Mr. Barriault agrees. “A prophetic church like [the one sought by Pope Francis], highlighting social justice and solidarity with the destitute and the persecuted, has the potential of closing the chasm between the church and the modern, secular culture of Quebec.”

Both men say the energy and vision for this new church will come from among its young people. “We have to present an alternative,” said Father Lacaille. “It will be difficult. I think that the Catholics of my age and generation and older might not be able to do it…. I think we have to focus on youth and small communities. That was my experience in Haiti, in Chile.”

As the church in Quebec enters a new missionary phase, losing its buildings, staff members and even some sources of income, it will need to find a way to adapt to a culture that remains suspicious of collars and habits. Father Lacaille and Mr. Barriault suggest that means stepping out into the world, ready to meet the people of Quebec on their own terms and speaking a prophetic word.