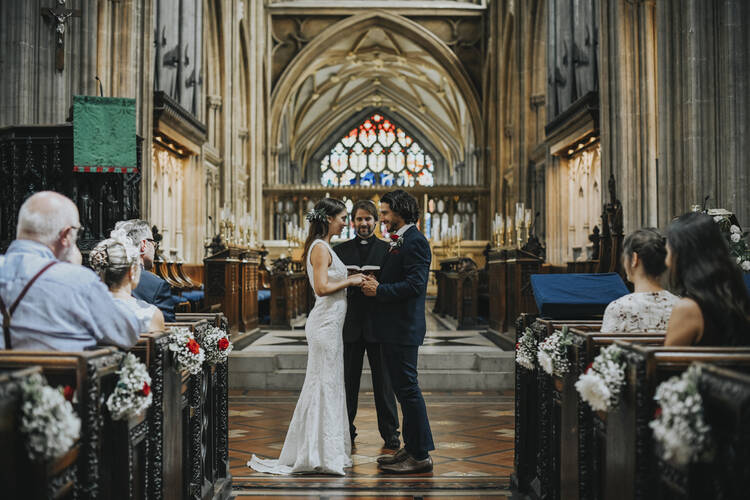 This does not have to be followed by a party that costs $28,000. (iStock/Rawpixel)

Wedding season is upon us again, and despite the economic uncertainty brought about by the Covid-19 pandemic, one estimate puts the average cost of a wedding in the United States at $28,000. The perfectly staged photos of various stunning nuptials on social media make it easy to forget that the financial cost of receiving the sacrament of marriage is technically, at least, $0.

I have never had $28,000 to spend on a party, and even if I did, the thought of spending it on a wedding reception makes me break out in an anxious sweat. Perhaps I just lack the feminine gene that covets bespoke candles, elaborate centerpieces and meters-long tulle bridal veils from Etsy? Maybe, but I can’t help feeling that something has gone badly wrong with wedding culture and the marriages it produces.

Huge, expensive weddings are becoming an expectation that is impossible for most people to live up to.

Catholic priests are more intimately involved with dispensing this sacrament than are the clergy of other denominations, from marriage prep classes all the way to the big day itself. They have a potentially heroic opportunity to remind couples that there is something powerful and valuable to be found in marriage unrelated to the cost of the wedding.

Huge, expensive weddings are becoming an expectation that is impossible for most people to live up to. I suspect that some couples think more about their dream wedding than the marriage that will follow it. For example, a close female friend used to ask my opinion on elements she was planning to include in her dream wedding before she even met her now-husband. When he finally came into her life, he was expected to kowtow to her fantasy and had to remind her that it was his wedding, too.

I know many men, in particular, who are put off marriage by the thought of wedding expenses. I also know a couple who took out a loan to finance their wedding, only for the debt to have outlasted the marriage itself. This is what happens when more thought is put into the party than the institution.

Even if priests are sensing that a couple is losing sight of the important things, do they fear that a gentle correction will drive two more young people from the church?

In the United States, couples are getting married later and later than ever (the median age for a first marriage is now 30 for men and 29 for women), often after having drifted into cohabitation, or not getting married at all. The pressure to have a perfect wedding, with perfectly staged photos for social media, may be one factor.

Priests could remind couples getting married in the church that something intimate, profound and spiritually essential is getting lost amid $28,000 of wants rather than needs. To be sure, it is a delicate subject to raise: Even if priests are sensing that a couple is losing sight of the important things, do they fear that a gentle correction will drive two more young people from the church?

But reining in this fashion of excess could be revolutionary for those with less means, including young people who are feeling the post-Covid economic downturn and the burden of student loans. Marriage prep classes are one way to accomplish this, but only if priests are bold enough to raise the subject—do they even realize what weddings have turned into?—and couples are wise enough to listen.

Some priests may still feel that how much couples spend on their weddings is none of their business, but marriage is not just for the couple. It involves the whole parish community. There may be members of that community who, on seeing weddings become exorbitant spectacles, are tempted to delay their weddings until they obtain a better financial position. It may seem counterintuitive, but this could make them worse off. A recent report found that the married poor experience more relationship stability than the unmarried rich.

As for me, my ideal wedding would be a candlelit church ceremony in the early evening attended by only family and close friends, followed by a modest dinner. Were I to spend a large sum on a wedding, I suspect I would be too preoccupied with my guests having a good time to enjoy the wedding myself. A wedding isn’t meant to be a performance or entertainment for spectators. Gentle reminders from priests of what is really important on a wedding day might be exactly what is needed to get marriage back on track. 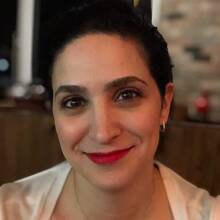