For many, a tattoo isn’t just ink. It’s a religious experience. 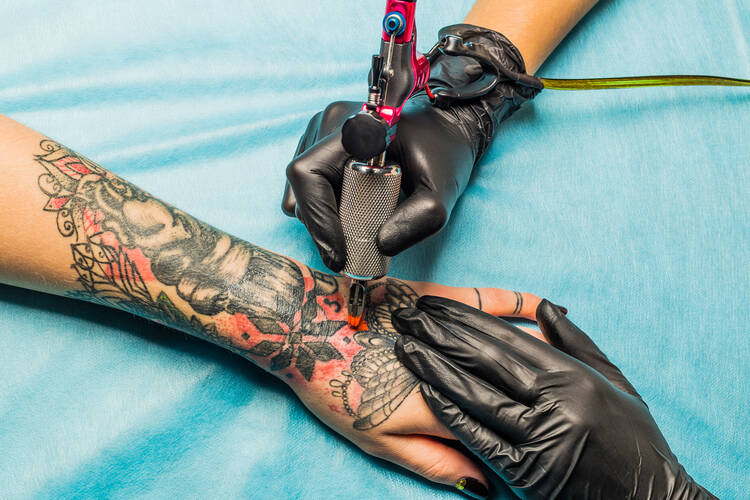 Sometimes it seems that everyone you see under a certain age has a tattoo. It can be an abstract sign, a Celtic knot, a dolphin, a cross or something whose meaning is less apparent. Indeed, a poll conducted in 2019 found that 30 percent of all Americans had at least one tattoo, up from 21 percent just seven years before. Among adults under 35, the number was 40 percent.

People have long seen tattoos as protective icons, marks of adulthood, statements of personal interests and signs of social affiliation. Some use tattoos to mark a milestone in their lives, an experience that shaped who they are, or to express their faith. In an era when many forgo formal religious practices, some see tattoos as a way of showing their spiritual life. I am not saying that all tattoos are religious, but I do think that for some people, tattoos are a way to express their inner life, much like a pendant or bracelet for older Catholics and others.

For some people, tattoos are a way to express their inner life, much like a pendant or bracelet for older Catholics.

To some, they are a novelty, but tattoos are not unique to our time. Mohawks, Mohicans and other Native Americans used tattoos to express religious ideas. So have Christians, who were tattooed as slaves of the Roman Empire but soon transformed that humiliation into a mark of identity, covering themselves in Christian signs as well. In the fifth century, the theologian Procopius of Gaza mentioned the tradition of tattooing on the inside of the wrist at the moment of baptism, a custom that is preserved today among Coptic and Ethiopian Christians. For centuries, pilgrims visiting holy places, like Jerusalem or Loreto, Italy, received a tattoo to mark both the visit to the place and to manifest in the body a sign of the spiritual change initiated by the journey.

As with first-century Christians, tattoos have also been used to stigmatize individuals. In colonial times, Native Americans were kidnapped and paraded in England and Belgium to showcase their tattooed bodies. During the Armenian genocide of 1915-1918, more than 90,000 sexually enslaved women were marked as a sign of subjugation; this story is told in Suzanne Khardalian’s documentary “Grandma's Tattoos” (2011). Better known is the humiliation suffered by millions of tattooed Jews in Nazi concentration camps. Some of their descendants are getting tattoos with the same numbers as those of their ancestors—a new generation transforming the violation into a mark of memory and life.

Tattoos separate the sacred from the profane, or the enduring from the everyday.

Today the process of acquiring a tattoo parallels elements of traditional religious practice: choosing a tattoo, an artist and a location on the body is a time of discernment; the physical pain (yes, tattoos hurt!) approaches a penitential practice; their permanence marks a commitment; and the stories they tell, or the events they celebrate, create a narrative.

Tattoos also reproduce two dynamics of the religious experience. First, they separate the sacred from the profane, or the enduring from the everyday. A tattoo can single out an event that a person wants to preserve from the evanescence of life—say, the birth of one’s child, a trip or vacation, or a decision that has helped shape one’s identity. It is this process, and not so much the image itself, that makes the tattoo spiritual.

The other similarity with religious dynamics is the role that the community plays in that process. Even though tattooing is a very personal practice, tattoos are not solely individualistic: They tell stories about connections with other people. Others are frequently involved in the process—because they have been the protagonists of events someone wants to remember, or because they are essential to a relationship that one wants to maintain, even beyond death. Perhaps we cannot consider these groups in the same way we do churchgoing congregations, but they may be what the American sociologist Nancy Ammerman calls “spiritual tribes.” These are networks that provide support, moral guidance or a sense of belonging. They can be dear friends or persons that have shared similar experiences. Survivors of abuse or other traumatic events may tattoo themselves as a way to cope with the situation and connect with other survivors.

Among U.S. adults under 35, about 40 percent have tattoos. And getting inked has more parallels to traditional religious practice than you might think.

All these factors can make tattoos important among those individuals who believe in God but do not identify with any religion. While religiously affiliated people have more elements to communicate spiritual life—wearing a hijab, going to church—tattoos are one of the few ways that unaffiliated persons can express their spirituality. Since more Americans identify as unaffiliated believers, tattoos may become a nondenominational way of expressing spiritual experiences.

No, yoga does not contradict the teachings of Christianity.
Allyson Huval

Tattoos themselves may not be manifestations of religiosity. But for some people, a tattoo of a letter, a tree or a compass can be a spiritual marker. The letter might represent someone they want to keep in their memory, as others do with a photograph of a person who has passed away. The tree might represent deep roots, strength or branches open to the world; the compass a reminder of decisions made. These tattoos show how younger generations reveal an inner life that is beyond skin deep, and understanding them can expand the way we see spirituality in America today. Perhaps we can think about tattoos as a “sign of times,” markers of experiences where Jesus is at work in the life of a person. 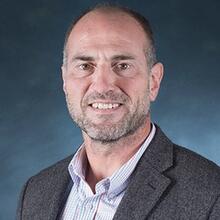 Gustavo Morello, S.J., is an associate professor of sociology at Boston College. He is the author of The Catholic Church and Argentina’s Dirty War and Lived Religion in Latin America: An Enchanted Modernity.