No, yoga does not contradict the teachings of Christianity. 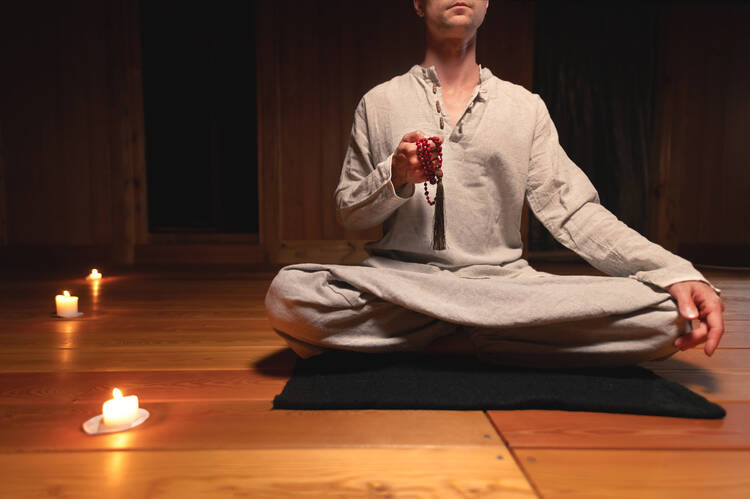 “We can say ‘mindfulness,’ but we definitely can’t say ‘meditation.’”

In 2018, one of my fellow trainees in teaching children’s yoga made this distinction while speaking about yoga in schools. This sparked a long discussion about how to “pitch” yoga to young people, especially in our heavily Catholic region of south Louisiana. There has been a similar debate in Alabama, which this spring lifted its ban on yoga in schools—but only as long as teachers refrain from using traditional Sanskrit words like “namaste” or even “om,” terms many conservatives deem inseparable from yoga’s origins in South Asian religions like Hinduism. And so the questions remain: Is yoga necessarily religious? Does yoga contradict the teachings of Christianity?

Alabama lifted its ban on yoga in schools—but only as long as teachers refrain from using traditional Sanskrit words like “namaste” or even “om.”

These are difficult questions to answer. Scholars have determined that yoga originated in the South Asian tradition because “yoga” is one of the six Hindu darshana, meaning philosophical traditions, and some key tenets of Buddhism and Jainism appear in yogic philosophy. But yogic philosophy cannot be reduced to these three tracks of religion.

The philosophical precepts of yoga come from foundational Hindu texts such as the Katha Upanishad, the Mahabharata (more specifically the Bhagavad Gita) and the Yoga Sutra of Patanjali. The Hatha Yoga Pradipika contains the most relevant explanation for the origins of yoga as a physical practice mirroring what we see advertised in the fitness industry today. It includes detailed instructions for certain asana, or poses, and moves into other practices involving the body such as mudra (hand gestures) and pranayama (breath discipline).

Both the Bhagavad Gita and the Yoga Sutra contain rhetoric that translates into words like “God” and “Lord.” For some, that’s enough to call it a “religion” or “religious.” But we need to consider the definitions of words like God or Lord in cultural contexts different from our own. Their use does not mean the author was enforcing one specific religious understanding of God.

Modern yoga, at least as practiced in yoga studios in the United States, involves asana and pranayama, and it rarely includes any mention of overtly South Asian religious connotations outside of Sanskrit, a sacred language—if those words are used at all. This should not be a huge surprise because as Andrea Jain, a yoga scholar and professor at Indiana University, has said, “yoga has never belonged to any one religion.”

In short, yoga itself is not a religion. It can be religious, but when you see an elementary school teacher demonstrating tree posture to a group of 4-year-olds, it is probably just a method to introduce body awareness to children.

The intention of the practitioner is key in determining whether a yoga practice is religious. When applying yogic philosophy, a practitioner has the liberty to interpret God as Vishnu, Allah, Jesus Christ or Mother Nature. They also have the liberty to ignore God altogether if they are only practicing asana.

“After a while we start to realize meditation—and yoga—becomes something not to be labeled as a Hindu thing or a Christian thing but a human thing.”

I am involved with an organization called Christians Practicing Yoga that fosters interfaith exploration rooted in yoga and Christianity. Similarly, the group Ignatian Yoga was founded by a yoga teacher, Alan Haras, and a newly ordained Jesuit priest, Bobby Karle. Many of the individuals in both networks practice asana and pranayama to deepen their own form of Christian meditation such as contemplative prayer.

“After a while we start to realize meditation—and yoga—becomes something not to be labeled as a Hindu thing or a Christian thing but a human thing,” Father Tom Ryan, the founder of Christians Practicing Yoga and an ordained Paulist priest, told me.

Is it possible to blend yoga and Catholicism?
Jesuitical

The teachings of the Catholic Church reflect a similar interreligious conclusion. When I was discerning whether or not to practice yoga based on critics’ perceptions, this same theme appeared in my reading of “Nostra Aetate,” the document from the Second Vatican Council, as a comfort to the heart of a Christian who practices yoga. Essentially, “Nostra Aetate” tells me that no matter our religion, we are all holy. “The Catholic Church rejects nothing that is true and holy” in other religions, according to the text proclaimed by Pope Paul VI, and “regards with sincere reverence those ways of conduct...which, though differing in many aspects from the ones [the church] holds and sets forth, nonetheless often reflect a ray of that Truth which enlightens all men.”

And of course, Christians are not the only ones practicing yoga in this manner. There is also the Jewish yoga organization OM ShalOM and the Muslim woman and yoga practitioner Amina Sanders.

Yoga has taken on a lot of definitions in its history. But regardless of physical or philosophical practice, it is first and foremost a practice that encourages an inward journey that promotes personal stability and comfort. For me, yoga provides a practice that reminds me to be present with God both in the stillness of the Mass and in the chaos of life. Call it peaceful, spiritual or, yes, religious. I will always call it inherently good. 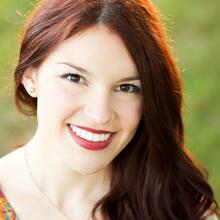 Allyson Huval is a student at Yale Divinity School pursuing her master of arts in religion. She is the founder of Bethel Yogi, a blog focused on interfaith yoga from a Catholic perspective and the community organizer for The Catholic Yogis, a community and blog for Catholics who practice yoga. She is also the managing director of Christians Practicing Yoga.