As a Catholic writer, I criticize the church. Am I ‘giving scandal’? 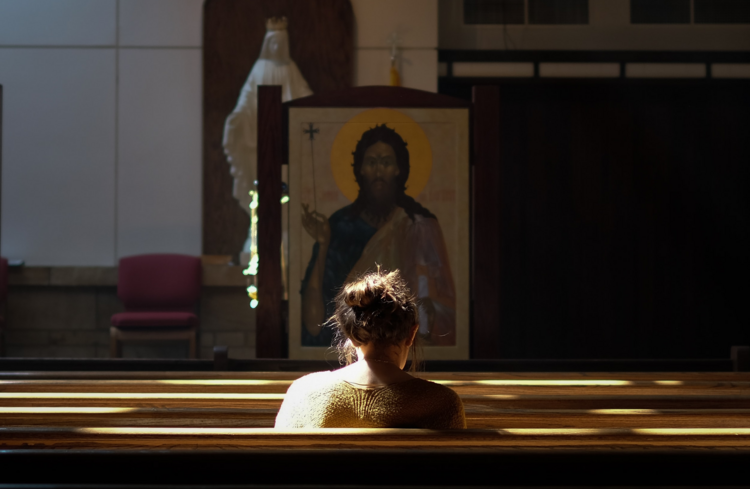 For a freelance writer, any regular gig is a blessing. You may not be able to quit your day job, but you have a voice. I am fortunate that the newspaper I have written for since 2002 is still in daily publication. It is a shadow of its former self, existing in tabloid form and devoting often one page to what used to be an entire section. My pay has been cut twice, and my weekly column pared down to two a month. Still, I am grateful to have enough of a following and to say that I have not yet been axed. Few other local freelancers have endured.

I have ignored the online comments section. In fact, the anonymous commenters have been so unrelentingly cruel that the paper has made the editorial decision to discontinue all comments. Letters to the editor are welcome, but the writers must own their words by name. The supportive notes I get arrive via email. Readers who send emails, both positive and negative, usually sign them. I take these messages to heart. I answer them, even if it is just to say that “although you and I disagree, thanks for reading the paper.”

After noting all the ways I am a hater and a loser and a dupe of the left, a woman wrote, “Two of my good Catholic friends no longer take the paper because of you.”

But the other day I received an email that rattled me. After noting all the ways I am a hater and a loser and a dupe of the left, a woman wrote, “Two of my good Catholic friends no longer take the paper because of you.” Now, it is not unusual for people to cite me as the reason for the paper’s dwindling subscriptions. I am actually pretty sure there are bigger factors responsible for the demise of the newspaper’s circulation numbers than my column. But for some reason, when she said they were Catholic friends, I felt a lightning stab of conscience. It reared up from decades-ago time in a Catholic grammar school: Was I giving scandal to the church?

[Explainer: What does the church mean when it says a pro-choice Catholic politician is causing scandal?]

While I am sure I have never heard that phrase from anyone younger than my grandmother, the fuse, once lit, continued to burn. Scandal, according to the Catechism of the Catholic Church, “is an attitude or behavior which leads another to do evil.” It is listed under “Respect for the souls of others.” Giving scandal, according to my grandmother, also meant that one’s misbehavior as a known Catholic reflected badly on Mother Church. It was without question a sin.

My grandmother was not alone in her concern about giving scandal. I remember a coworker, when I worked for a parish, offering her resignation because her unmarried adult daughter was going to have a baby. Our pastor barely hid his amusement when he declined to let her go, mentioning that he might have no staff at all if everyone’s family needed to be without controversy. All the same, I resigned my position under a new pastor when my adult daughter came out as a lesbian. I knew better than to take a paycheck from an institution I was going to question in print. Due to subsequent writings about my daughter’s orientation and her religious alienation, a local Catholic group tried to get me fired from even volunteering as a catechist. I gave up on parish ministry.

I resigned my position under a new pastor when my adult daughter came out as a lesbian. I knew better than to take a paycheck from an institution I was going to question in print.

Since then I have followed my conscience and brought attention to issues like women’s ordination, the climate crisis, economic justice, L.G.B.T.Q. civil rights, prison and bail reform, the death penalty and clerical sexual abuse. While I have criticized the institutional church, I have long loved the holy church. I’m still here, attending Sunday Mass and saying my daily rosary.

So why did this particular email flood me with doubt about the evil my writing has done?

Was causing the cancellation of subscriptions doing evil? Was the questioning of church teachings doing evil? I finally realized what had gotten to me: the old feeling of not belonging. If fellow Catholics renounce you because you are not adequately Catholic, you feel a bit ostracized. Actually, more than a bit. You feel disowned. Accept it: You feel unworthy in your bones.

I admit that the ever-present political talk of who is a good enough Catholic, or who should or should not receive Communion, hits close to home. The Catholics who consider themselves the best Catholics are a difficult bunch to please. Since resigning from my parish position, I have long floated on the fringes of parish life. I was no longer comfortable in any lay leadership position, and I made others uncomfortable. Was that giving scandal or avoiding scandal? When I once confessed that I sat way in the back on Sunday and volunteered for nothing, the priest asked me to consider moving up a few rows. That was a welcome I still cherish.

Writers know that writing is a lonely job. We mine our souls and empty our hearts in print, and our solitary typing sessions become available to any and all readers. We present unpopular positions and even give scandal on purpose, in order to explore and maybe rectify an injustice. We are perhaps at our best when we know we don’t belong. At least when we do meet other writers, we know we are not quite alone. But I suspect that sometimes we all succumb to the melancholy that comes from living on the outside of the circle of folks who seem to be comfortable in their own skin. It would be lovely to fit in.

Writers also know that writing is a calling. We answer it as best we can. I am called to stand up for those on the margins, of the church, of the law, of society, of humanity. In doing so, I may cause another to be angry, to lash out, to reject our common bonds, to cancel a subscription. But my heart tells me that keeping silent would give the greater scandal.

Valerie Schultz is a freelance writer, a columnist for The Bakersfield Californian and the author of Overdue: A Dewey Decimal System of Grace. She and her husband Randy have four children and two grandchildren.