Once I discovered liberation theology, I couldn’t be Catholic without it 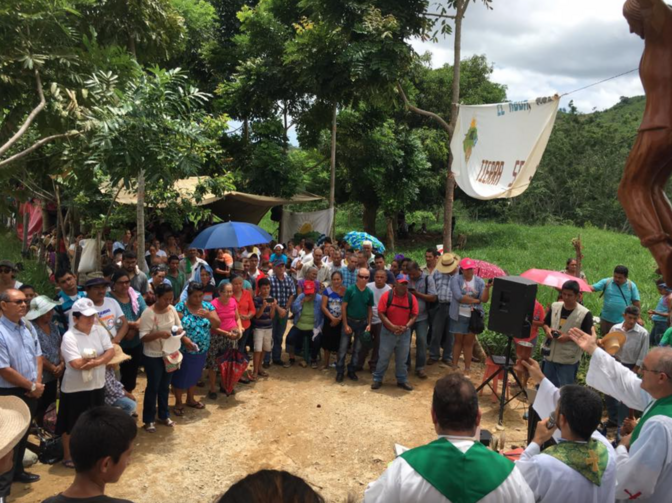 Priests celebrate Mass for protesters in the middle of a rural street in Honduras in 2017 in an effort to block the passage of equipment for a construction project that would be harmful to the environment. (Photo courtesy of author)

As a college student in 2011, I was searching for a faith as radical as the Gospel I was reading. I found it in the rural town of Chiantla in Huehuetenango, Guatemala, where I had gone to research human rights abuses against women and children. In Chiantla, a group of committed campesinos were organizing youth, women and indigenous communities on the weekdays. They were canvassing for the leftist National Revolutionary Unity party on Saturdays. And they were going to Mass on Sundays.

I had never before witnessed this seamless integration of faith and revolutionary political struggle that these people knew as “liberation theology.” But having seen it, I knew that I could no longer be a Catholic without it.

What the Jesuit John Kavanaugh understood about our consumer society
Joe Hoover, S.J.

Remembering the Poor: An Interview with Gustavo Gutierrez
Daniel Hartnett

Growing up, I knew that Jesus preached good news to the poor and woe to the wealthy. I knew that Jesus said that it was harder for a rich person to enter heaven than for a camel to pass through the eye of the needle. I knew that Jesus’ disciples shunned private property. I even knew that Jesus’ mother Mary called on God to feed the hungry and send the rich away empty, to lift up the weak and dethrone the powerful. But folks at my home parish in the United States would always explain away these lines by spiritualizing them.

The Guatemalan campesinos did nothing of the sort. They took Jesus at his word. They consciously carried out the revolution of society—and hearts—that Mary, Jesus and his disciples had started. They organized structural changes in their community to eliminate the wealth gap and to redistribute private property. They taught peasants how to read so that they could study the causes of their oppression and change it through political action.

I will never forget one Saturday I spent campaigning with the National Revolutionary Unity party for Rigoberta Menchú, a Mayan indigenous woman running for president under the banner of a coalition of leftist parties. We interviewed members of a rural community whom the rival campaign of Otto Pérez Molina had visited a few days before. His campaign had told them that it would plant microphones and cameras in the voting booths. If the peasants did not support Mr. Pérez Molina, then the campaign would know and would return to kill them.

I was shocked, but my shock increased when I learned more about Otto Pérez Molina, the man who was to win that election. He was a commander in the Guatemalan armed conflict from 1960 to 1996, and national security documents indicate that he was involved in the sorts of massacres that killed some of Rigoberta Menchú’s family members decades before.

They consciously carried out the revolution of society—and hearts—that Mary, Jesus and his disciples had started.

In campaigning for Ms. Menchú against Mr. Pérez Molina, my friends were putting their lives on the line. They knew that their work, like that of Jesus, would upset the reigning political authorities, but they did it anyway. They were confident that God would protect them, and that even if they died, their deaths would be prophetic. I returned to the United States marked by these experiences and inspired to learn more about the Christianity that was leading my friends in Guatemala to carry out their revolutionary program. My study of liberation theology put me in touch with the Jesuits. The names Juan Luis Segundo, S.J., Ignacio Ellacuría, S.J., and Jon Sobrino, S.J., kept coming up. As I read their books and researched their lives, I found that I wanted to be like them. I entered the Society of Jesus in 2014.

As a Jesuit, I returned to Central America in 2017, and I found liberation theology just as alive in Honduras as I had found it in Guatemala six years prior. My mission was to write a book on the Jesuit theater La Fragua, the artistic wing of liberation theology, but I took weekend trips with Radio Progreso, the Jesuit communications and social justice team, to familiarize myself with the social and economic struggles that the theater’s art depicted.

One of these trips took me to the Jilamito River, where folks were protesting the construction of a hydroelectric power plant that would ruin the local ecosystem. They were blocking the road to the river with their bodies so that the company’s construction crews could not proceed. Some Catholic priests were involved in the protest, and they decided to celebrate Mass for the community in the middle of the road. The trucks and bulldozers would have to level an altar to get through!

However, some think that it is not possible to be Catholic with liberation theology. Though it is true that the Congregation for the Doctrine of the Faith under Cardinal Joseph Ratzinger, later Pope Benedict XVI, was critical of some aspects of the movement, it is also true that Pope John Paul II said that liberation theology “is not only expedient, but useful and necessary” in a 1986 letter to the Brazilian bishops.

Accusations of Marxism have been at the center of magisterial critique, but most liberation theologians assert that they are not Marxists but that they make use of Marxism as a social science just as other theologians make use of non-Catholic philosophers like Aristotle in the case of St. Thomas Aquinas and Martin Heidegger in the case of Karl Rahner. It is simply the case that liberation theologians like Enrique Dussel (“Theology of Liberation and Marxism” in Mysterium Liberationis) and Franz Hinkelammert (The Ideological Weapons of Death: A Theological Critique of Capitalism) find that Marxist analysis gets at the roots of economic inequality, an inequality that Jesus himself sought to erase.

It is not only in Latin America that liberation theology is used to root out these inequalities. Liberation theology is alive in the United States, too. My church in Cincinnati practices it on Sunday mornings before Mass. The congregation is largely composed of first-generation Central American migrants.

Inspired by the Christian base communities at the heart of the liberation theology movement, we read the Bible and interpret its significance in our society. One Sunday before the start of Lent, we read a condemnation of business owners from the prophet Isaiah: “On the day of your fasting, you do as you please and exploit all your workers.” A woman related the verse to an experience she had at work:

I run a machine at a factory. At lunchtime, the workers eat at a cafeteria on the bottom floor, and the supervisors eat on the top floor. But, one day, my supervisor saw that I was doing a good job and invited me to eat with her above. I arrived before her. A different supervisor, a gringa I had never met, came up to me and said, “You don’t belong here. Why are you eating here? Please go back downstairs. Haven’t they told you that people like you eat in the basement?” Later, my supervisor arrived and defended me, but I felt very hurt. I still feel hurt. We are all God’s children. We all belong

As I listened to her story, my heart fell and tears came to my eyes. The injustice filled me with anger and sadness, but lamentably, stories like hers are not uncommon.

Marginalized communities in the United States confront domination daily: workers who toil for poverty-level wages, indigenous nations whose lands remain occupied, people of color whom the repressive state apparatus systematically surveils, imprisons and murders. Aggressions abound, and people are fed up with the lack of change. They want more than cosmetic reforms. They want total liberation from our racist, classist, sexist system, the system hurting my friend at the parish. 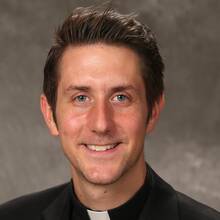 David Inczauskis, S.J., is visiting faculty in Classics and Modern Languages at Xavier University. He is the host of “The Liberation Theology Podcast,” a weekly look at the basic concepts of Latin American liberation theology, during which he interprets influential liberationists texts, and shares stories about communities who live them out.

@davidinczsj
Show Comments ()
Join the conversation: Login or create an account
Before you can comment, you need to update your profile to include your first and last name, as required in our comments policy. Then reload this page and you'll be set up for commenting. Update your profile