Podcast: Pope Francis wants more than a cease-fire in the Holy Land 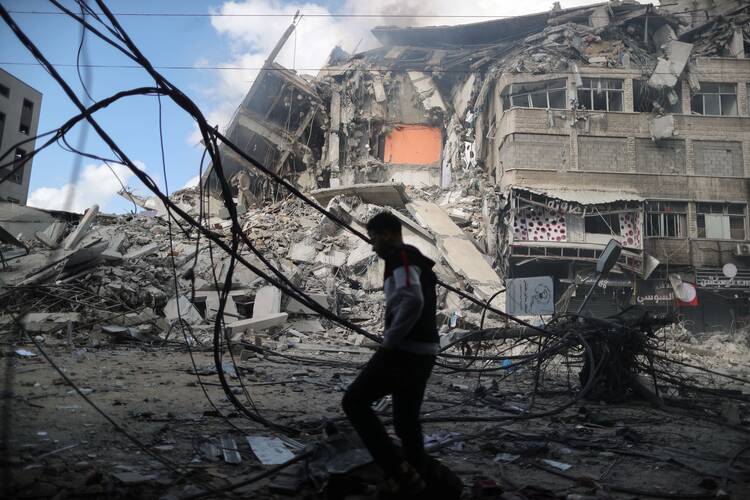 On Sunday, Pope Francis called for an immediate ceasefire to the violence that has escalated between Israeli and Palestinian forces, killing more than 200 people in Gaza and 10 in Israel, according to the most recent statistics.

The Vatican has long supported a two-state solution to the Israeli-Palestinian conflict, but Pope Francis’ goals also include limiting the sale of arms by countries outside the conflict and improving the situation of the Palestinians living in occupied territory.

To that end, on Monday, the pope called Iranian foreign minister Mohammad Javad Zarif and Turkish president Recep Tayyip Erdogan, conversations which were believed to have included discussions about the crisis in the Holy Land. Pope Francis is also believed to have discussed the conflict with U.S. Climate Envoy John Kerry in their meeting on Saturday.

But what sway does Pope Francis really have in Israel? This week on “Inside the Vatican,” veteran Vatican correspondent Gerard O’Connell and host Colleen Dulle take a look at Pope Francis’ goals for the region and where they have been stalled in the past.