Catholics and Muslims: Who is really better at fasting and prayer? 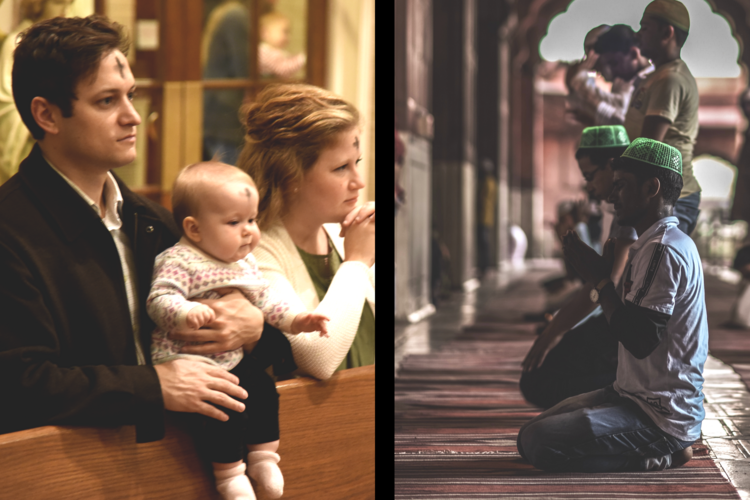 Today is Ash Wednesday, the beginning of Lent, also known as the Christian Ramadan. Or maybe Ramadan is the Muslim Lent? It depends on whom you’re talking to, which is a problem for me. As a comedian whose fan base is half Christian and half Muslim, and as a Catholic convert whose Muslim friends are often trying to win my soul for Islam, I have had to learn a lot to keep all this straight. So today I’m happy to pass my years of wisdom onto you.

Let’s start with Lent. It is the Christian season of fasting, penance, prayer, and good deeds observed by Catholics, Eastern Orthodox and Protestants who are pretending to be Catholic or Orthodox. It lasts for 40 days, leading to Easter Sunday, when we celebrate Jesus’ resurrection and return to our bad habits until next year.

The observance of Lent goes all the way back to an ancient Catholic document known as “the Bible,” which tells the story of Jesus fasting for 40 days in the wilderness while being tempted by Satan to run for president. If you don’t live near any wilderness, that’s O.K. Satan is more than happy to come to you.

Lent lasts for 40 days, leading to Easter Sunday, when we celebrate Jesus’ resurrection and return to our bad habits until next year.

Lent begins on Ash Wednesday, so named because we receive ashes on our forehead to remind us to “repent and believe in the Gospel” or to “remember that you are dust, and to dust you shall return.” If you forget this message, you can also just turn on the news.

So what are the rules today? Traditionally, Catholics were to abstain from meat and only eat 1 normal meal and 2 small meals per day during Lent, which for Americans comes out to around 4,000 calories. In other words, the fasting is organized around amount and kind. Catholics can, however, eat fish, a loophole that I assume was invented by the disciples who made their living selling fish.

If this sounds stricter than you are used to, it might be because the bishops in your country decided only to apply these rules to Ash Wednesday and the Fridays during Lent. This seems reasonable to me, as making things easier is why Catholicism is doing so well in America.

A common folk devotion is to pick something personal to give up during Lent, like chocolate, coffee or faith in democracy. But be creative! For example, Judas gave up Jesus, I gave up being Protestant, and despite all of his promises to the contrary, Rick Astley gave up you.

Be creative! For example, Judas gave up Jesus, I gave up being Protestant, and despite all of his promises to the contrary, Rick Astley gave up you.

Of course, it is important to remember that Lent is not a secular institution. It is not about you. It’s about God. It’s about self-denial, not self-improvement. That is why this year I am proud to announce a Lent-themed board game that I invented where you advance one square for every day you could have died but didn’t. (It’s just a calendar.)

Unlike every other minority group in America, Muslims don’t have a holiday that lets white people get drunk. Germans have Oktoberfest, Mexicans have Cinco de Mayo and Irish people have breakfast.

Muslims, on the other hand, have Ramadan, a 30-day period in the Islamic calendar full of fasting and prayer where Muslims abstain from food, water and booking me for shows. You will sometimes see it spelled “Ramazan.” For fun, ask an ethnically diverse group of Muslims which is correct and then back away slowly as an argument breaks out.

Unlike every other minority group in America, Muslims don’t have a holiday that lets white people get drunk. Germans have Oktoberfest, Mexicans have Cinco de Mayo and Irish people have breakfast.

It was in the holy month of Ramadan that Muslims believe the Qur’an was revealed to the prophet Muhammad. Ramadan begins at the start of the ninth month in the Islamic calendar, the date of which depends on physical observance of the moon. This means it begins on a different day each year, often moving one week earlier so that Muslims will show up on time.

Muslims do not receive ashes on their foreheads. Instead, they have to earn the mark praying salat five times a day for decades. The end result is a prayer bump known as a “zabiba,” which looks identical to the ashes we Catholics receive. And when you think about it, isn’t it beautiful that despite our differences we have a shared way of showing off how pious we are?

Unlike Catholics, Muslim fasting is restricted by time, not amount. Every day Muslims have a pre-dawn meal called suhur, and then don’t have any food or water all day until iftar, the evening feast. They also abstain from cigarettes, foul language and talking about people behind their backs, which is something my friend Sultan always does. Muslims are also expected to abstain from sex during Ramadan to give Christian birthrates some time to catch up.

It is important to remember that just like with Christians, not every Muslim is required to fast. There are exceptions for health, age, ability and other physical conditions, which is why during Lent and Ramadan smart people observe an ancient practice known as “minding your own business.”

Of course, if you’re not Muslim, you can do what I do: Skip all the fasting and join your Muslim friends for iftar. But make sure you say it’s because you’re “being a good ally” or “doing interfaith work,” even if it’s really all about the biryani, chapli kabob, samosas, kanafa and gulab jaman.

And whatever your religion, remember this: Five years from now, in 2026, the beginning of Lent falls on the same day as the beginning of Ramadan. Who will fast the most? Who will say the most prayers? Who will give the most to the poor? Start practicing now because the winner gets my soul. 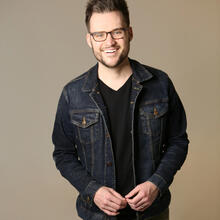 Jeremy McLellan is a Catholic convert who was named one of the “New Faces of Comedy” at the Just for Laughs Comedy Festival in Montreal. He has completed sold-out tours in the United States, Canada, the United Kingdom and Pakistan.

@JeremyMcLellan
Show Comments ()
Join the conversation: Login or create an account
Before you can comment, you need to update your profile to include your first and last name, as required in our comments policy. Then reload this page and you'll be set up for commenting. Update your profile