Podcast: One woman can vote in next year’s synod. Others are ‘under consideration.’ 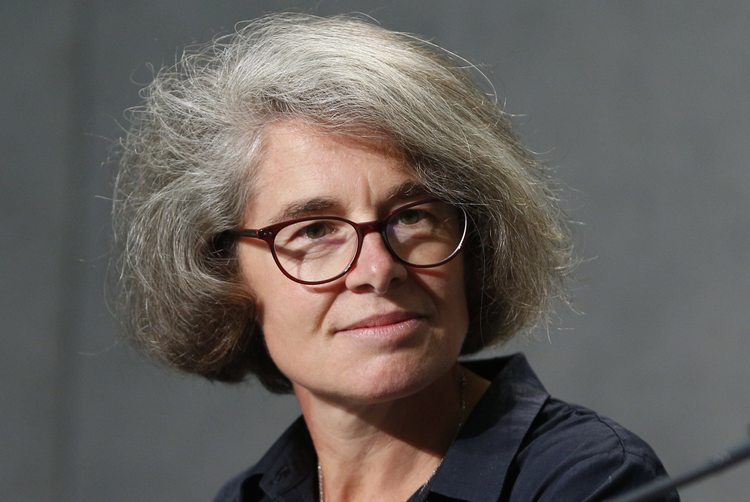 Xaviere Missionary Sister Nathalie Becquart attends a news conference at the Vatican in this Oct. 9, 2018, file photo. Last May Sister Becquart was one of six consultants appointed by Pope Francis to the general secretariat of the Synod of Bishops. Five of those appointed were women, and it was the first time women had served in that role. (CNS photo/Paul Haring)

For the first time, a woman will have the right to vote in the Synod of Bishops.

Sister Nathalie Becquart, a Xaviere sister, became the first woman to be named undersecretary of the Vatican’s Synod of Bishops, a position previously reserved to bishops. As is customary for the undersecretary, Sister Becquart is expected to be a voting member of the 2022 synod. Until now, women have been barred from voting in synods.

This week on “Inside the Vatican,” host Colleen Dulle and Vatican correspondent Gerard O’Connell explain the significance of Sister Becquart’s appointment and what it could mean for future synods. As for whether other women could be able to vote in upcoming synods, Gerry said, “I think we may even see that in the synod on synodality. It is under consideration.”

Colleen and Gerry also discuss Pope Francis’ trip to Iraq, which was confirmed this week, and his address to the world’s ambassadors to the Vatican. The pope described seven global crises that have been worsened by the coronavirus pandemic and said the “crisis of politics” underlies them all.

Gerard O’Connell | For the first time, Pope Francis appoints a woman with the right to vote as undersecretary of the synod of bishops

Colleen Dulle | Why can’t women vote at the Synod on Young People?

Full text of Pope Francis’ address to the diplomatic corps

More: Inside the Vatican / Pope Francis / Women in the Church / Vatican

Justice Clarence Thomas on when the law conflicts with his Catholic faith: ‘You do your job and you go cry alone’
Asked Thursday if there have been times when he had to resolve legal questions that conflict with his Catholic faith, Thomas said it has not been a problem for him.
Sarah Burnett — Associated PressSeptember 17, 2021