I felt alone after my miscarriage. Then other women (like Meghan Markle) began sharing their stories. 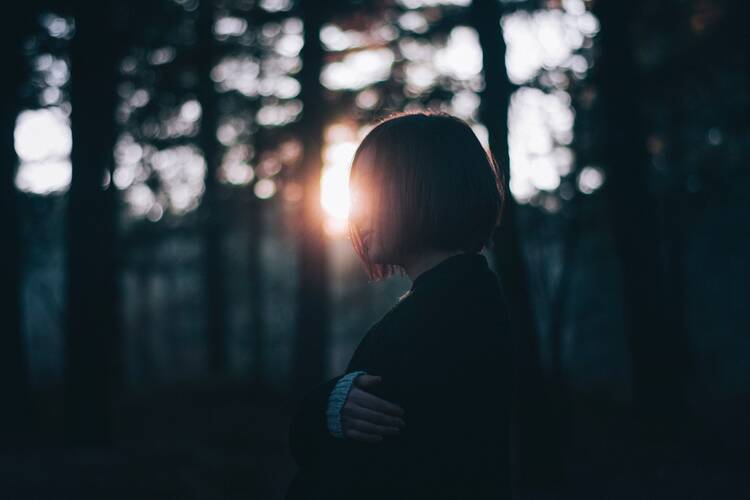 Photo by Riccardo Mion on Unsplash

Meghan Markle, the Duchess of Sussex, recently shared the story of her miscarriage in The New York Times. “Losing a child means carrying an almost unbearable grief, experienced by many but talked about by few,” she wrote.

I know this grief well. In the course of 12 months, I experienced three miscarriages. My first was on Christmas Day 2016. I had found out I was pregnant on the first Sunday of Advent. As we lit one candle on our Advent wreath at the dinner table, I sang a little song to the tune of “O Come, O Come, Emmanuel” to tell my husband the news. “O come, O come, sweet baby,” I sang off-key. It pains me too much to sing the rest in my head. Even now, singing that song each year brings stinging tears to my eyes.

We had decided to tell my family the good news on Christmas morning. Instead, I woke up and realized I was bleeding. With an emergency call in to my doctor’s answering service, I went to Christmas Mass with my family. I wept quietly through most of the service. I knew what was happening in my body as we sang each song. Surrounded by people and hearing about the birth of Christ, I felt utterly alone.

I felt abandoned by the church, which had a lot to say about pregnancy and birth but very little to say about miscarriage and infant loss.

This deep loneliness stayed with me over the course of my recurrent losses. My first miscarriage robbed me of the pure joy that often comes with seeing a positive pregnancy test. And each subsequent loss pulled me deeper into sadness and anger. I was envious of other women who seemed to conceive with ease. I felt abandoned by the church, which had a lot to say about pregnancy and birth but very little to say about miscarriage and infant loss. I found that most people—from friends and relatives to my local priest—simply did not know how to talk about this with me. So instead, they said nothing.

Toward the end of my loss year, as another baby started to grow in my womb—my fifth pregnancy, by this point—I attended a monthly Daughters of Abraham meeting. The group was a collection of Jewish, Christian and Muslim women who gathered for discussion, and the theme for the month was women’s health. This meant that the members of the group took turns talking about how their faith informed their identity as women as well as their wellness journeys. Eventually, I felt brave enough to share. “I have had three miscarriages this year,” I said to the group of nearly 50 women. “My Catholic faith has been a huge part of all of my life milestones. Yet I feel like my religious tradition doesn’t have much to offer me now. All I hear is silence. And it makes me feel alone.”

I found that most people—from friends and relatives to my local priest—simply did not know how to talk about this with me.

One after another, women stood up and shared their own stories of loss—so many women that eventually the leader paused the discussion and asked everyone who had had a miscarriage to raise her hand (if she felt comfortable doing so). Nearly every hand in the room went up. Women in their 70s recounted losses from 50 years earlier in vivid detail. Their pain, their memories and their vulnerability were holy to me. I no longer felt alone. I felt bonded to generations of women who were still mourning the children they wanted to carry. It was a balm to my wounded soul.

The circle I have had with which to share my stories of loss has been fairly small. I tell my friends, especially those in their childbearing season, so they know they can reach out to me should they suffer a loss, too. This is why it matters so much when people like Meghan Markle tell their miscarriage story. Her voice is one in a long litany of grieving mothers.

I knew miscarriages were sad—but nothing could prepare us for the experience.
Margaret Manning

Our culture is quick to point to subsequent healthy pregnancies and births as a remedy for the grief of loss. But not everyone experiences this, and no grief of any kind can be packaged with a nice bow. Still, we are called as Catholics to honor the dignity of every single person—including the mother and the unborn baby—and there are small but meaningful ways to reach out to someone who has experienced a pregnancy loss.

One of my dear friends had a star named after our first loss—“Baby Luby”—and I think of that fire in the sky often. You can also start much smaller: Send a simple “How are you today?” text or drop a meal at your grieving friend’s front door. Be mindful when sharing news of your own pregnancies with friends experiencing miscarriage and infertility. Consider asking your diocese to hold a memorial Mass for miscarriage and infant loss. Sit next to your friend at this Mass. Listen if she talks. Sit in silence if she doesn’t. Make sure she knows she is not alone. 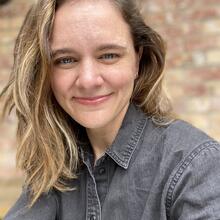 Britt Luby is an associate chaplain at Texas Christian University in Fort Worth, Tex. Her work focuses on religious literacy and interfaith leadership, grief support for students coping with loss and pastoral care/spiritual development for young adults.